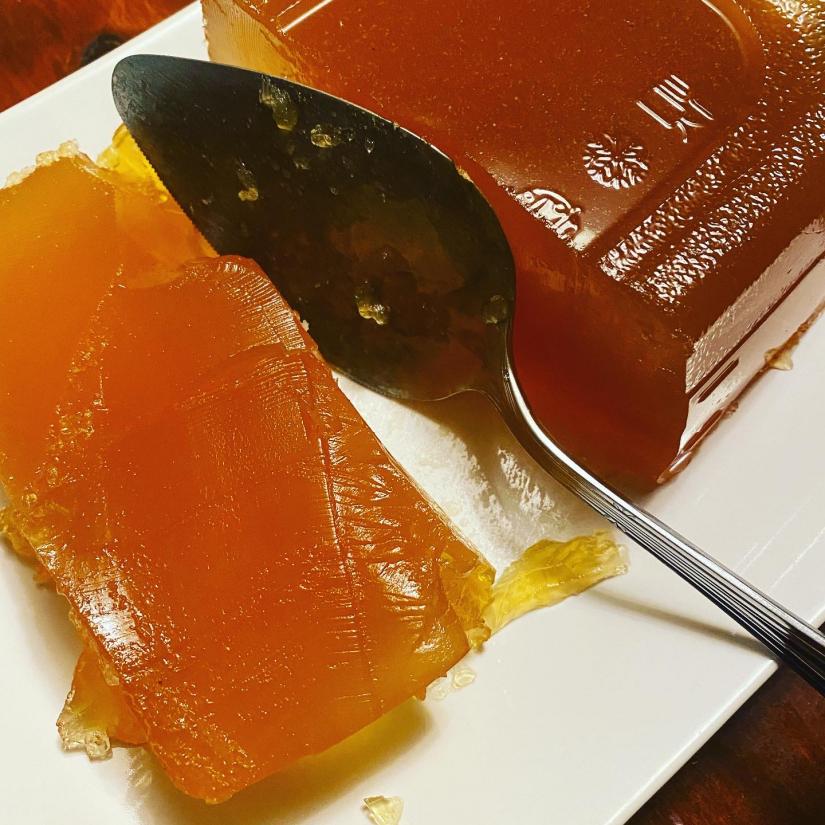 About five years ago the world decided that bone broth was a magical elixir that could help cure our most serious afflictions (which at that time mostly seemed to amount to wrinkles and joint pain).

Well, the world is a different place now and we have different health priorities, but of course wrinkles and joint pain continue to plague many of the world’s inhabitants.

The sad truth is that bone broth doesn’t actually help with those superficial but still annoying ills, at least according to the Harvard Health website. And oddly, there doesn’t seem to be any research that supports bone broth as a healthy part of your diet; and yet, it seems impossible that it wouldn’t be good for you.

If nothing else, there is at minimum something to be said for having hot, satisfying homemade food in the cold winter months.

In a sense, this is also a last-minute holiday shopping story, because making bone broth (or beef stock, as it is also known) involves my four most beloved kitchen tools, all available in a range of price points both online and at area big box stores. Any chef who doesn’t have these yet will deeply appreciate a small digital scale (the Escali Primo is reliable and easy to operate) at about $25; a digital thermometer (the Lavatools Javelin used to be cheaper but is now $26 and extraordinarily helpful); a really good knife (for Christmas I received and am already using a Victorinox bread knife, which I use on everything including meat); and a large Instantpot, which I scoffed at originally but which I now use almost daily. Since you’re probably reading this on Christmas Day or after, think about obtaining these if you end up making an exchange somewhere and have credits to use up.

If you’re going to go to the trouble to make beef stew or short ribs or a thick enriching winter soup, you need a good stock at the base, to make it richer and tastier and more unctuous — and healthier — even if for no other reason than that it will have no preservatives and probably less salt than packaged stock.

Stock is expensive and takes a long time, but it’s worth the effort. And if you have an Instantpot, the time is much shorter and your stock will be much richer. The two basic reasons are that steam doesn’t escape an Instantpot; and supposedly the broth doesn’t boil as hard and get agitated and cloudy.

The best bones to buy

The recipe for this stock is online at www.kitchn.com, and it also provides directions on how to make stock without an Instantpot. I made three versions of this stock and found that I like to use much less water for a richer, more concentrated broth (which will take less room in my freezer and which has a delightful solid jelly texture).

The basic recipe calls for 2 pounds of beef bones, but I bought about 7 pounds, for $115. I could have been fine with 3 pounds, but you do want to get a good variety. LaBonne’s market in Salisbury had for sale the trifecta of essential stock bones: ox tail, short rib and osso bucco or shank. Sharon Farm Market in Sharon, Conn., also has a large freezer case full of these essential broth bones.

Because I bought twice as many bones as I needed, I now have enough broth to last me for two years. I wanted the mix of different bone types, though;  if you want to get all the bones but don’t think you’ll need as much broth, maybe share with a friend.

Rinse off 3 pounds of bones, pat them dry with a paper towel and then roast them on a foil-lined baking sheet for about 45 minutes at 400 degrees. You can do this a day or two before you make the stock. You can weigh the bones on your handy Escali scale if you can’t figure out the weights from the label on the meat package.

I left the bone on  the meat when I roasted it, and after it was done, I sliced off the delicious short rib and osso bucco meat after roasting and before the next step.

Put the bones in the Instantpot with 6 cups of water (use filtered water if your tap water has a mineral or bleach-y or sour taste; your broth is only as good as your water). Add three tablespoons of cider vinegar (or  white wine vinegar is fine; it’ll cook off).

Put the Instantpot on “saute” and “high” for 30 minutes. Skim off any foam from the top and wipe it on a paper towel and dispose of it as it cooks. You want a super clear broth with no impurities in it.

Next, put the lid on and close the steam vent. Set the cooker to pressure cook/high/2 hours. It will take about an hour to reach high pressure, so add that to your 2-hour timetable.

While you’re waiting for the broth to cook and cool, peel two carrots and cut them in half; and peel and quarter one and a half modest-sized onions.

After it completes its two hours, you’ll want to let it come down to pressure naturally; do not try to release the steam or you could end up with a geyser of hot liquid shooting out of the pot at you.

You’ll want to have a lot of ice ready; and if you have a cold porch, this is the time to use it as a kitchen annex. It’s essential for you to cool off the broth as quickly as possible. You can’t put it in the fridge until the broth is down to about 60 degrees, though, or it will just heat up your refrigerator (yes, this really happens).

Take a large bowl and put in about 2 inches of ice and cold water. Put a large bowl in the ice. Put a mesh strainer in the bowl and add some cheesecloth on top of that (yes, we are fighting hard against impurities).

Do not pour your broth into the bowl. First, gently lift out the bones and veggies and put them in a separate bowl.

Then, gently ladle the stock into your bowl/strainer/cheese cloth. Do not pour it; the weight of the liquid will force impurities through your cheesecloth and your mesh. It’s tedious but, if you’ve come this far already why ruin it in the last steps?

Gently lift the strainer and cheesecloth out of the broth bowl and throw them away. Then stir the thick brown liquid in your bowl. If you can, take the broth bowl and its partner ice bowl and put them in your cold porch. It will now take two or three hours for the broth to come down to about 60 degrees.

Stir the broth every 20 minutes or so. You’ll know it’s ready when you’re able to easily scoop the fat off the top. You can also dip your digital thermometer in the liquid and get an instant readout on the temperature.

Storing it for the winter

Gently pour your broth into a large rectangular storage container or a large bowl that you can cover, and put it in the refrigerator overnight.

In just a few hours, your broth should set to a nice solid wobbly gelatin.

Spoon your gelatin into several small storage containers that you can keep in the freezer until you need them. If it’s really nice and solid, as it should be, you can gently turn your container over onto a cutting board.

If you used a rectangular container you will find it’s easy to cut this broth up into individual slices that you can put in containers and freeze. A 3-inch slice is a good amount for stew for two or three people.

Once the bones have cooled, you can pick the tender beef off the oxtails and make sandwiches with it.

You can also marinate your short ribs and cook them with your new broth — in  your Instantpot, if you have one, or in whatever cooking vessel traditionally works best for you.