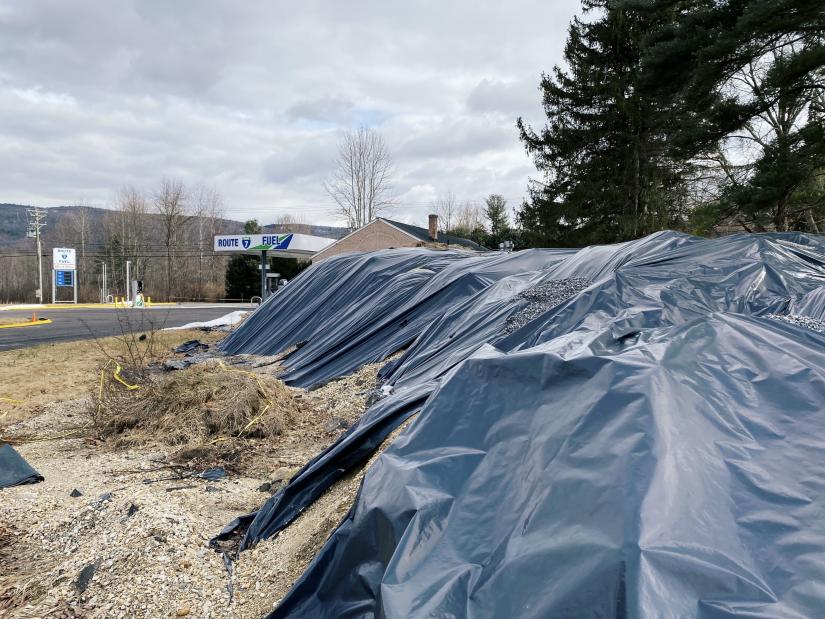 Government red tape seems to be standing in the way of a service station opening at Routes 7 and 63. The soil has been tested and is not contaminated. Photo by Alexander Wilburn

FALLS VILLAGE — The Board of Selectmen agreed to keep paying Assistant Town Clerk Arlene Benninger and pick up part of her health insurance costs until the next meeting of the Board of Finance on Feb. 8.

Todd said he is confident Benninger is capable of fulfilling the town clerk’s duties “with additional training.”

If Palmer is unable to provide the training, “we’ll have to reach out to other towns,” Todd added.

The selectmen agreed to ask the finance board for an appropriation of up to $2,500 for information technology.

Todd said he was particularly concerned about security. He referred to recent news stories about ransomware attacks, and said that even though the town backs up its information daily to the cloud, the cost of rebuilding the IT systems after an attack would be “huge.”

Todd reported that the gas station at the junction of Routes 7 and 63 has complied with all that was required from the state Department of Energy and Environmental Protection, including soil testing. He said the soil was not contaminated, which means it can be used at the transfer station for covering the bulky waste pile.

The permit to open “seems to be lost in the shuffle,” Todd said. “It’s irritating.”

Todd said he had been in touch with state Rep. Maria Horn (D-64) to ask her to help.

Todd reported that town attorney Chip Roraback is working on a lease for 440 square feet at 107 Main St. He added that the owners of the J.P. Giffords coffee shops are still interested, but he had not heard from them recently.

The selectmen appointed a group of townspeople as justices of the peace. All Republicans, their names were left off the November ballot in error, Todd said. The new JPs are Hazel McGuire, Susan Kelsey, Lou Timolat and Kevin Titus.

Mike DeMazza was also on the list, but there was some confusion as to whether or not he had moved from town. DeMazza was thus appointed subject to confirmation of residence.

Todd had special words of praise for social services agent Theresa Graney and her work on getting Christmas toys and clothing donations together before the holiday.

And he praised Michelle Hansen for her work in helping to manage the town’s COVID-19 pandemic response.