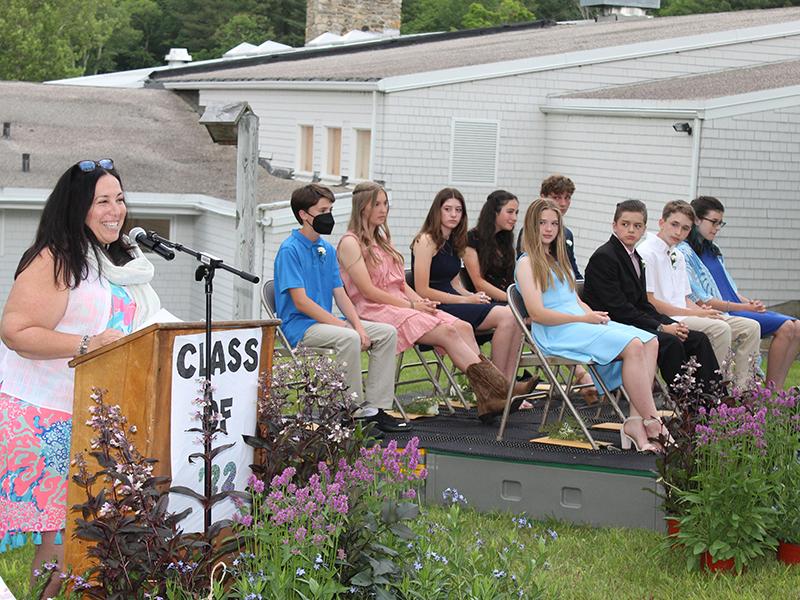 Calso said the nine graduates “really embraced change over the last couple of years,” and praised them for “standing up to every challenge and being role models” for the rest of the school.

Marc Hafner, trying hard not to grin, thanked his teachers for turning him into a “paragon of scholarly excellence.”

To his classmates, he added: “I look forward to not seeing you for three months.”

Ibby Sadeh spoke of the unity of the class. “My class has never failed to make me laugh.”

Haylen Sincovic said she came to LHK a little later than some of the other graduates, and had been either home schooled or in much bigger schools.

She said she was initially nervous, but was quickly made to feel at home.

As far as high school goes, “I feel very prepared and I credit Kellogg for that.”

Each graduate was the subject of remarks from a favorite teacher. After the ceremony, as per tradition, each graduate received a copy of “The Little Engine That Could.”