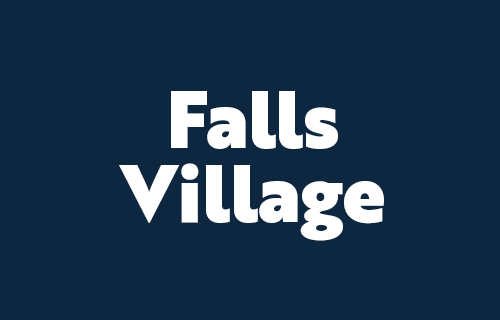 FALLS VILLAGE — Shea Cohn, the 16-year-old son of Doug and Denise Cohn of Falls Village, died Sunday of injuries  from a two-car motor vehicle accident that occurred on Friday, March 27, at 4:30 p.m.

Cohn was a passenger in the back seat of a 2007 Ford Focus registered to Geoffrey Merrill of Lime Rock Road in Lakeville, according to the report from the State Police at Troop B in North Canaan. The car was driven by Victoria Merrill, 20, of Lakeville. Also in the Ford at the time was Patrick Merrill, 16, of the same address as Victoria; he was in the back seat with Cohn.

The fourth passenger in the car was Brielle Lyn Hatstat,  20, of Middlebury, Conn., who was in the front seat on the passenger side.

According to the police report, Darryl Baker, 56, of Philmont, N.Y., was traveling west on Route 44 in North Canaan in a 2001 Chevrolet Silverado pickup truck registered to Zachary S. Baker of Philmont. He was approaching the intersection with Allyndale Road at the same time that the Ford Focus was traveling south on Allyndale Road and approaching a stop sign at Route 44.

According to the police, the Focus crossed Route 44 to travel south on Furnace Hill Road. The car and the pickup truck collided. There was significant damage to both vehicles, but Baker was uninjured. The three other passengers in the Focus were injured but were released from Sharon Hospital that night.

All five people involved in the crash were wearing seat belts, according to the police report.

Cohn had to be extricated from the car and was reported at that time by the police to have “life-threatening injuries.” He was transported by LifeStar helicopter from Sharon Hospital to Connecticut Children’s Medical Center in Hartford, where he was listed in critical condition.

He was pronounced dead on Sunday morning, according to Cohn’s sister, Emma Cohn, who is 24. Cohn’s other sister, Grace, is 20.

A full obituary appears in this week’s paper and online at www.tricornernews.com. The Lakeville Journal Co. and the region send love and support at what has already been a brutally difficult month for so many.

Cohn’s mother, Denise, posted on social media on Sunday that, “Shea’s kindness will live forever — anyone who knew him, knows that. Yes, cry — but then smile and listen to ‘The Piano Man’ — because that is what Shea would want you to do. He’s still holding you up. I can feel it.”

Route 44 was closed for approximately four and a half hours on Friday for accident reconstruction and investigation.

Anyone with information pertinent to the crash is asked to contact Trooper Nicholas Alisi at Troop B at 860-626-1820 ext. 1027 or by email at Nicholas.Alisi@ct.gov.