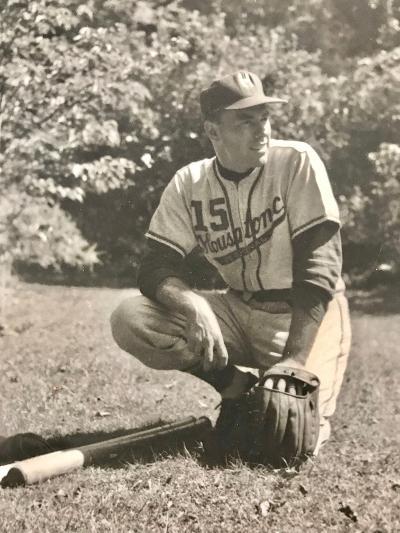 Ed Kirby to be honored at new baseball field

FALLS VILLAGE — As a student and coach at Housatonic Valley Regional High School, the green meadow behind the school was Edward Kirby’s field of dreams. That special place will be named for the beloved educator, athletic mentor, historian and geologist at a ceremony on Saturday,  June 4.

Kirby, who died at the age of 92 in February 2021, served as teacher, coach, HVRHS principal and assistant superintendent of Region One until his retirement in 1985. The baseball teams and individual players he coached were well-known for their success, including several who went on to play professionally.

After his death, the HVRHS Alumni Association initiated a project to name the baseball field in his honor, raising funds to attain its goal. Contributions exceeded $150,000.

Since then, a new scoreboard was erected, as well as new backstops, fencing and water fountains. The field was leveled with new clay and sod and a Kromer field mower/rower was purchased for use on all the school’s fields.

While the ceremony will pay tribute to Kirby, it will also be an opportunity to thank all the donors who made the newly upgraded field a reality.

The event will begin at 10 a.m. (rain or shine) on the Kirby Baseball Field. Attendees who feel suitably agile to hit a ball are invited to join in some informal play at that time. There will also be an opportunity to tour the school with Principal Ian Strever.

The tribute to Kirby will begin at 11 a.m. Speakers will include Pittsburgh Pirates star Steve Blass, Class of 1960, who was coached by Kirby; Wendy Gerstel, Class of 1976, and a retired hydrologist; historian Richard Paddock; and Anne Kirby, Class of 1971, who will speak on behalf of the family.

This article was submitted by Ruth Epstein, a member of the HVRHS Alumni Association.