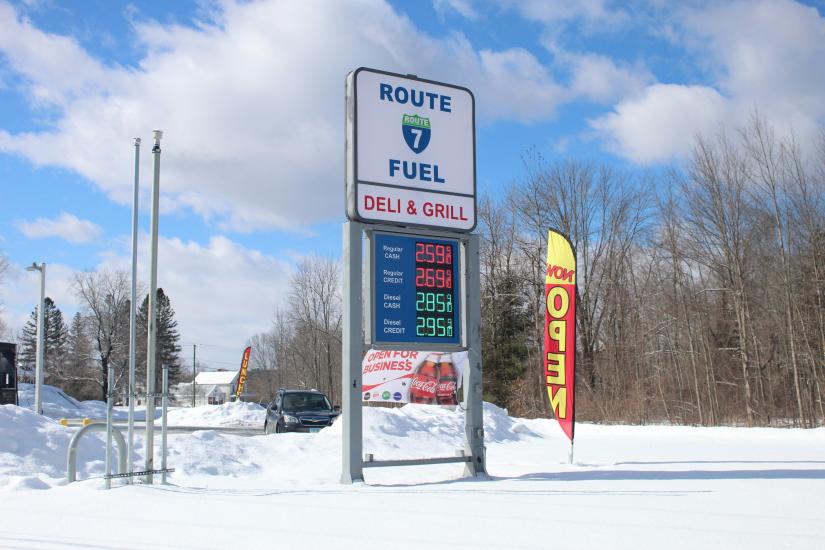 The filling station and convenience store at the junction of routes 7 and 63 in Falls Village is open at last. Photo by Patrick L. Sullivan

FALLS VILLAGE — After considerable delays, the gas station/convenience store/deli at the junction of Routes 7 and 63 is open for business.

Owner Ageel Hadash and employees were on the job on opening day, Wednesday, Feb. 17.

At around 11:30 a.m., there were a couple of customers filling up. One came in to stock up on snacks and, as an afterthought, added a bundle of firewood to the order.

First Selectman Henry Todd has been vocal about his frustration with the delays in receiving the necessary permits from the state. He finally asked state Rep. Maria Horn (D-64) to get involved.

In a phone interview Friday, Feb. 19, Horn said state agencies are struggling with the pandemic and with people working from home.

“So you make some calls, be nice about it, and they help you.”

Route 7 Fuel has a grill and deli menu. “We do breakfast, lunch and dinner,” said Hadash.