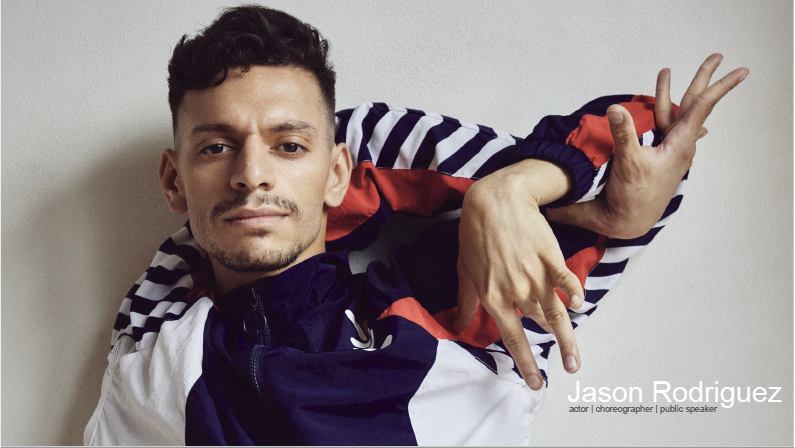 A Voguing Valentine’s Day To Remember at Kaatsbaan

‘It’s a form of self-expression — the self fully expressed through a phenomenon.” That’s what voguing is, as described by dance scholar Richard Move.

Voguing, which has been very much a form of expression particular to the LGBTQ+ community, was kept largely underground and was a sort of refuge for those who felt stigmatized by society. Nonetheless, its influence has crept into the culture at large, in mainstream dance, in the flashy movements of Korean pop stars, in the exaggerated walks of  fashion models on the runway.

Toward the end of the 20th century, voguing rose to the surface and caught the eye of the larger public.  It had many helping hands in the mainstream, including the 1990 documentary film “Paris Is Burning” and Madonna’s hit song, “Vogue,” with its irresistible dance beat and exquisite accompanying video.

Richard Move is a choreographer, performing artist and assistant arts professor in the Department of Dance at New York University. He has done several TED Talks about dance, movement and culture and he will be one of the featured attractions of a weekend-long celebration of the art of voguing, to be held Valentine’s Day weekend at Kaatsbaan, the venerable center for dance in Hudson, N.Y.

February may not be an ideal traveling month in chilly New York state, nor is it a preferred time to vogue, which is not an activity that naturally lends itself to warm coats and scarves. But Kaatsbaan’s studios and theater (which have year-round heating) is offering a warm hand for its two-day voguing extravaganza, beginning  Thursday, Feb. 13, at 6 p.m. with a lecture by Move. Also that evening is an interactive workshop with performer/dancer Jason Rodriguez, who is featured in the vogue-themed television series “Pose,” a fictionalized look at New York City’s African-American and Latino LGBTQ and gender-nonconforming ballroom culture scene in the 1980s and 1990s.

The following evening, Friday, Feb. 14, at 8 p.m., workshop participants can take what they’ve learned and hit the dance floor for the Love Is Love Ball hosted by Kaatsbaan and featuring Rodriguez and the House of EON. The ball is open to the public as well as to workshop participants.

The cost of tickets for Friday night’s lecture and workshop is $25 for adults (students are free with school ID). Admission to the Love Is Love Ball is $50 for adults or $25 for students with ID. Twenty percent of proceeds from the ball will go to the Hudson Valley LGBTQ Center in Kingston, N.Y. The cost to attend  both events is $60.