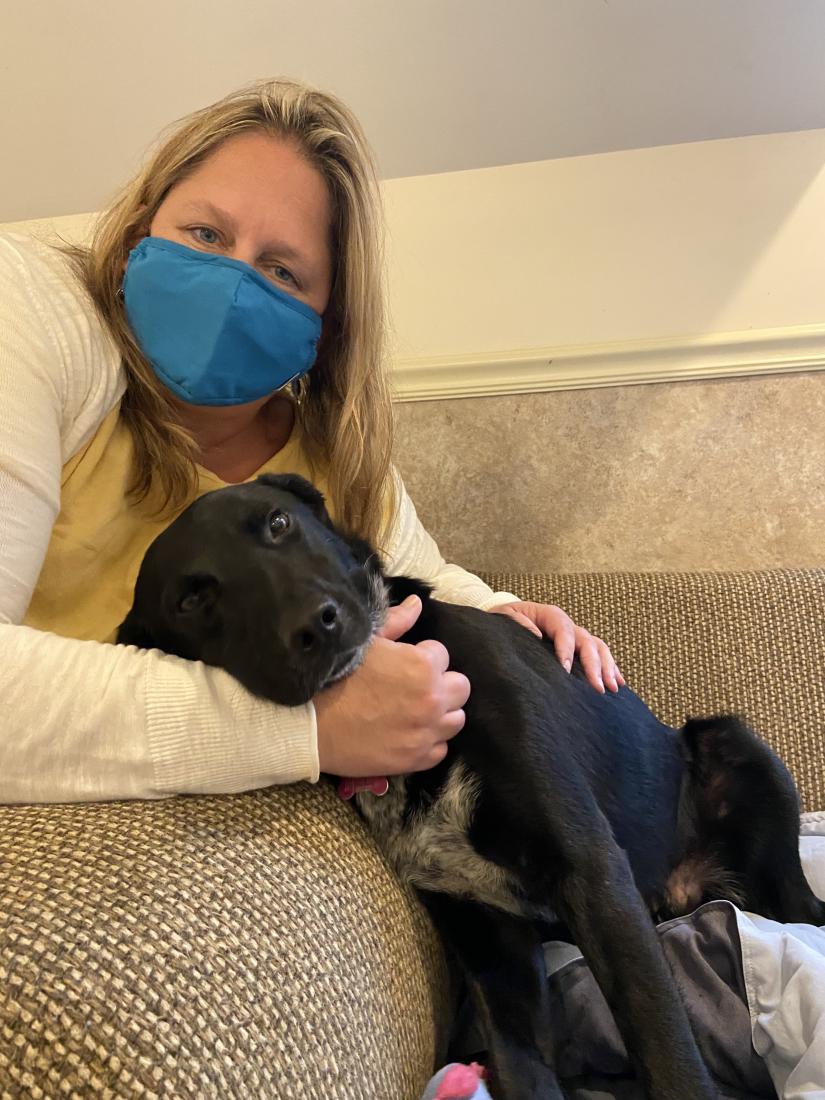 Taking the lead at The Little Guild

CORNWALL — Although she’s only been on the job for a month, and despite COVID-19, the Little Guild’s new executive director, Jenny Langendoerfer, forged ahead with plans for the seventh annual Run & Wag 5K fundraiser.  The Little Guild simply redesigned this year’s race to create “virtual” fun for all participants.

“We had such great support from the participants and the local businesses,” Langendoerfer said during a conversation on Thursday, Nov. 5. The race results were a prime topic of the discussion.

Of the runners who ran with canine assistance, the top finisher among the females was Meghan Flanagan of Cornwall Bridge, who was pulled along by Moose with a recorded time of 30 minutes and 50 seconds to complete the 5K virtual race.  Among the male competitors, the top finisher was Dave Bozzuto from Goshen, accompanied by Rosie, who saw that he crossed his finish line with a time of 29:16.

The top finisher in the up-and-coming youth category, between the ages of 13 and 17, was Bradley Bozzuto.

Winners in the “walking with pets” category enjoyed a less demanding experience punctuated by permissible stops for sniffing items of interest.  This category’s winners with heartfelt enthusiasm for the Little Guild and its mission of Rescue, Heal and Love were Deidre St. John, Christina Hunter, Sharon Stramm and Marissa Simmons.

Getting out the good word

Taking on the leadership of the oldest and largest animal shelter in northwest Connecticut, Langendoerfer expects to use her considerable background in communications to promote the Little Guild’s program, needs and objectives.

“We have one of the highest save rates nationally for a no-kill shelter,” Langendoerfer reported.

“The need is always there,” Langendoerfer explained. And the organization and the shelter need tending, too. Just recently, the boiler gave out and could not be repaired. Replacement cost an unanticipated $8,000.

The no-kill shelter is tight for space in its current location, a converted home.

“We make it work,” she said. An ongoing goal is to find just the right property to become a more spacious setting for the work of The Little Guild.

“I feel blessed; I came from the corporate world,” Langendoerfer said in describing her fondness and enthusiasm for her new post. She also recognized what she termed an incredibly involved board of directors and staff, all contributing their talents.

“The Little Guild is a very special place to be, being a part of the animals’ lives. Supporting the mission of saving them and finding them successful adoptions is so rewarding,” she added.

Langendoerfer resides in Norfolk with her husband, Mike. They have two sons, Barrett, who is 24, and Xavier, who is 17. Two sizable rescue dogs are in residence. Scout is a mixture of German shepherd and Labrador, adopted when he was 6 months old (he is now 7).

Georgia, of a less specific —but still delightful — lineage was 2 years old when adopted and is now 5.

“They are both part of the family,” she added.

And there is also a cat adopted from The Little Guild 11 years ago, named Jazzpurr.