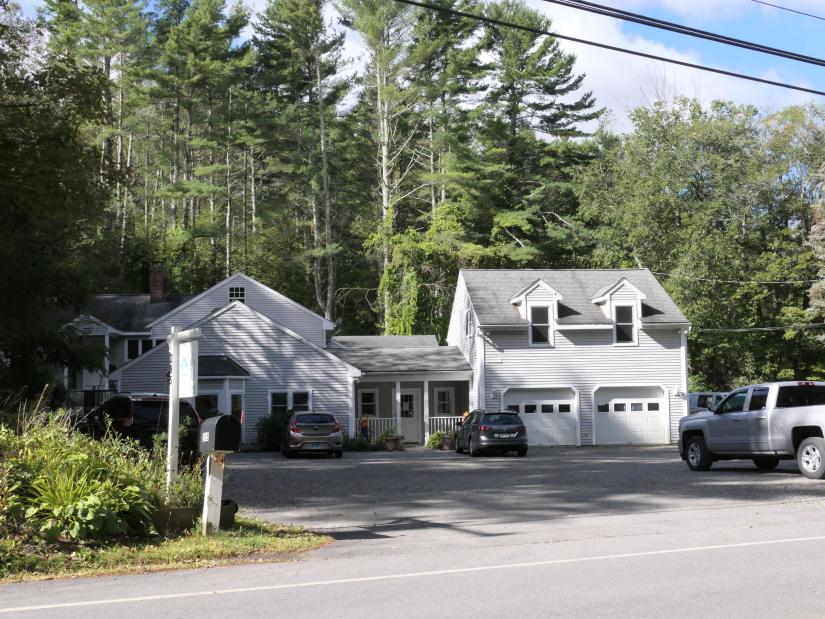 The Little Guild in West Cornwall, located  on the Sharon-Goshen Turnpike, is planning for a new building on the same site. Construction target date is 2023. Photo by Lans Christensen

CORNWALL — After years of studying options, The Little Guild’s Board of Directors made a decision that the animal shelter will remain at its present location on the Sharon-Goshen Turnpike rather than moving to a new location.

A new building is to be constructed on site to provide a better environment for the animals and visitors, according to Little Guild officials.

Introducing The Little Guild’s report to the Board of Selectmen’s regular meeting on Tuesday, Sept. 20, First Selectman Gordon Ridgway announced that The Little Guild is embarking on a $4 million project to build a new facility and emerge from the effects that the COVID-19 pandemic imposed on their program.

The pandemic brought challenges as The Little Guild program dealt with an increased volume of adoptions brought on by families relocating to the area to escape the virus.

Following the report from Little Guild representatives, the selectmen voted unanimously to endorse the Little Guild’s proposal to rebuild their facility in Cornwall and to send their request for $50,000 to $75,000 in funding to the American Rescue Plan Act (ARPA) Committee for review.

Jennifer Langendoerfer, executive director of The Little Guild, explained that plans for a new facility have been underway for two years.

“The Little Guild has been impacted by COVID,” she said. “The community’s needs have also changed.”

Little Guild Treasurer Charles Short said, “We are acutely aware of the value of keeping animals where they are.” The facility has been assisting families with pet food and care needs as necessary, an economic effect of the pandemic.

Short reported that The Little Guild has seen surrenders of animals as people go back to work and can no longer provide for their pets’ needs.

“A new facility will help those animals,” Short said, indicating that the new building is being designed to lessen the trauma.

“Everyone wants The Little Guild to remain in Cornwall,” Short said, noting that the new building will feature a community room open to local groups and intends to offer educational programs on proper care and training.

To Ridgway’s inquiry about timing, Short replied that the target date for construction is 2023.

As work continues on preparation of the town’s annual report and while the town awaits completion of the annual audit, the selectmen tentatively scheduled a new date of Friday, Nov. 4, for the annual town meeting during which those reports are approved by residents. Ridgway said that the date will be finalized at one of the selectmen’s October meetings.