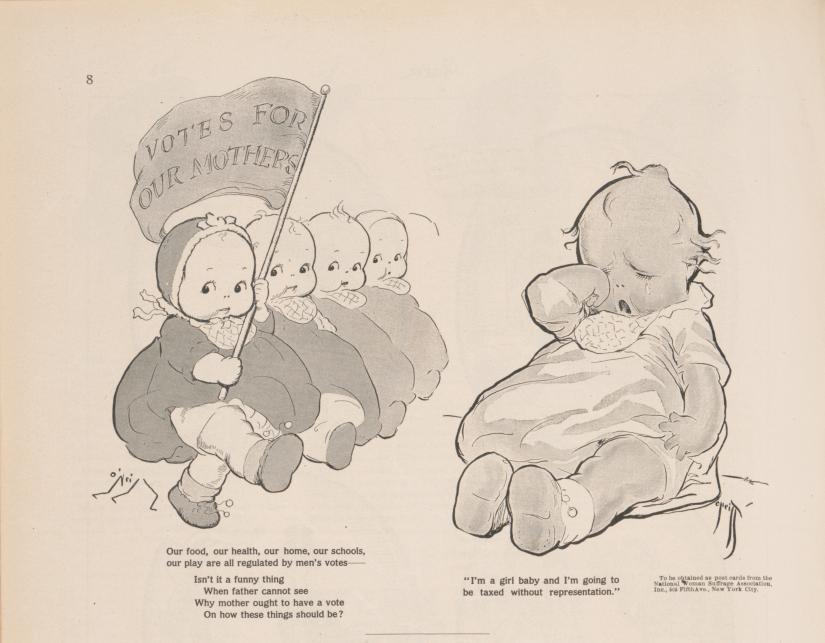 At a time when the nation is largely divided along partisan lines and when there is a great deal of anxiety about the upcoming presidential election, it’s a wonderful time to celebrate the success of the women’s suffrage movement, which secured the vote for women in August 1920.

Historical societies across America have exhibitions this year commemorating the seminal change in how Americans vote. Some can be seen online; some can be visited in person.

In New York and Massachusetts most of the suffrage events were held a year or more ago. You can still find some of their history paths online, such as at the Dutchess County Historical Society site, which has interviews, articles and vintage photos of notable figures and events from upstate New York (the cradle of the suffrage movement) in the fight for the right to vote. Go to www.dchsny.org/wvt-index/#voiceindex.

The Dutchess County Women’s Democratic Caucus has an abundance of interesting history at its web page, in the section called 100 Years of Women’s Suffrage (www.ddwc.org/100-years-of-womens-suffrage).

And New York State Assemblymember Didi Barrett  (D-106) has put together a booklet with short histories of vital women in the suffrage campaign; find it at www.assembly.state.ny.us/member_files/106/womens_history_hv/pdf/wod_2014...

Massachusetts is justifiably proud of the part the state played in getting women the right to vote; of particular note, Susan B. Anthony was born in Berkshire County in Adams, Mass. Most of the state’s planned suffrage celebrations for this summer were postponed because of the COVID-19 quarantine.

But the Norman Rockwell Museum in Stockbridge, Mass., has an ongoing show of work by illustrator Rose O’Neill, who lived from 1874 to 1944 and for whom voting rights for women was a particular passion. The show is called “Rose O’Neill: Artist & Suffragette.” The museum is now open to the public again with special COVID-19 protocols.

Massachusetts ratified the 19th Amendment on June 25, 1919. To find out when other states ratified, visit the National Parks Service suffrage web page, with a map of the United States and information on each state, www.nps.gov/gis/storymaps/maptour/v3/index.html?appid=fab3966cc1b447c0b6....

At www.votesforwomenct.com, a website dedicated to women’s voting rights in Connecticut and sponsored by, among others, Secretary of the State Denise Merrill, there is a gallery of images and ephemera from the fight for and against women’s suffrage; and there are biographies of many of the key historical figures involved in the campaign.

The Sharon Historical Society in Sharon, Conn., has an exhibition dedicated to the 19th amendment that will be on view through Nov. 28.

On Saturday, Aug. 29, from 4 to 5 p.m. and again on Saturday, Sept. 12, from 4 to 5 p.m., the society is offering a talk by Heather Munro Prescott about Seneca Falls, N.Y., and its part in the suffrage movement — and she will talk about efforts made throughout New England that were just as important if not as well publicized. No registration is required; to join the Zoom meeting go to https://us02web.zoom.us/j/6312716761.

For more information, go to www.sharonhist.org.

The Cornwall, Conn., Historical Society’s exhibition “Stand Up! Speak Out! Fight On! The 19th Amendment @ 100!” opened on July 4 and remains on display until Oct. 17. For information on how to see the exhibition, go to www.cornwallhistoricalsociety.org.

It talks about the hard work done by women across the nation and it highlights how the women of small, rural Cornwall used their power to effect change.

It also shares the story of the division in Cornwall between women in favor of suffrage and those against it. The exhibit includes a petition against women’s suffrage signed by many of Cornwall’s best-known families.

Wondering why it’s called “suffrage”? Go to the National Archive for a detailed explanation at www.prologue.blogs.archives.gov/2019/05/14/what-is-suffrage.