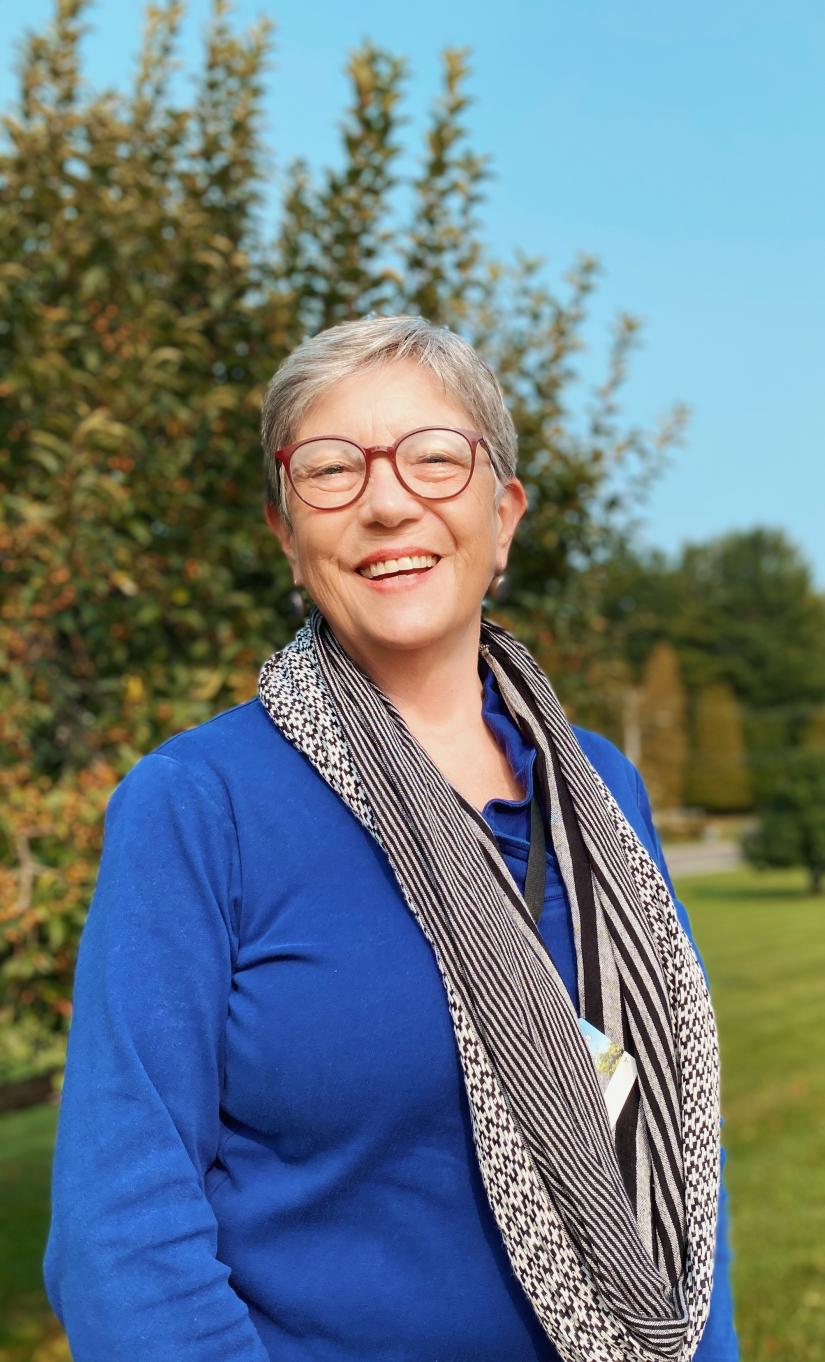 Jandi Hanna helps children with communication and verbal expression as a speech pathologist at Lee H. Kellogg School and Cornwall Consolidated School in Connecticut. She continued to teach students “virtually” in quarantine, and has returned to in-person lessons this school year. Photo by Alexander Wilburn​

Teaching Children — and Finding Hope — in a COVID-19 World

October 7, 2020
By
Alexander Wilburn
When people say ‘I can’t do this anymore,’ it’s often because they feel that transitioning from one set of expectations is too much. It’s not fun anymore.

It’s perhaps not surprising that in recounting the many changes and challenges teachers have faced this year, Jandi Hanna, a speech and language pathologist who lives in Falls Village, Conn., starts with the negative. On top of the threat of spreading COVID-19 this year, there has been the existential threat. Teaching children, which relies on in-person conversation and, often, tactile learning, has been turned on its head.

Of course, what hasn’t been called “an existential threat” these days? Hanna’s response to the transitions of 2020 has been to not give up.

“When people say ‘I can’t do this anymore,’ it’s often because they feel that transitioning from one set of expectations is too much. It’s not fun anymore.

“They’re not incapable of doing it, they’re just not enjoying it anymore.”

Hanna has taught speech therapy throughout Connecticut’s Region One School District, but currently works with students in kindergarten through eighth grade in both Cornwall Consolidated School in Cornwall, Conn., and Lee H. Kellogg School in Falls Village.

Hanna recalls with a laugh those early days, when she still believed quarantining in the Region One schools would only last two weeks.

“It was so abnormal. It was such a shock to the system.”

Stuck at home, she created what she describes as her version of the electronic board monitoring the Dow Jones Industrial Average at the New York Stock Exchange.

“I used the Venetian blinds in my bedroom as the board, and had stickers all over the blinds: which child goes into which list … It was really hard. But one day I woke up and I didn’t need the blinds anymore. The week was going smoothly.”

Hanna’s students have needs that range from improving speech articulation to language skills. Some older students might feel stuck in a literal mindset, struggling with understanding figurative expressions or drawing conclusions based on verbal inferences, for example. Multiple choice and matching tests can also prove to be difficult for these students, something Hanna addresses in her virtual lessons with a system she created on Google Docs.

“A lot of children who have delayed or special needs are not very good at advocating for themselves,” Hanna said. With that in mind, it might be easy to imagine that delayed students would struggle this year, feeling particularly isolated while learning from home. Hanna found the opposite was true. The spring turned out to be a positive turning point.

“Some students really do have school anxiety. Some of the trauma is actually being in school.”

Hanna heard from teachers that some of her students felt more comfortable in the virtual classroom, able to ask questions privately to the teacher, free from facing the anxiety of drawing immediate attention to themselves.

Because of virtual learning, Hanna said, “Several students I worked with were turned into better self advocates. And they still came back to school this fall. There were two in particular who wonderfully surprised me by wanting to come back. They’ve grown up, they’ve become better self advocates, they missed their friends and they want to be there. Now we have these touchstones. ‘Remember this-or-that was difficult before, but you found a strategy during virtual learning; so what did you do?’”

Back at school once again, Hanna is facing new challenges as she holds her sessions in a booth in the school gymnasium, with two partitions divided by plexiglass.

“It’s everything in graduate school they taught us not to do. The gym has all kinds of ambient noise. You can hear the furnace there.…”

For Hanna of course, the show goes on, as she and her students wear face shields (put on before removing their masks) so they can see each other’s mouths.

She described going from virtual learning in the spring to a new kind of in-person distance teaching in the fall as the musical progression from the blues to jazz.

“Blues are blue, we missed each other, but with jazz we feel better now. We’re happy to see the students. Though the challenges are enormous, we really have the support of the administration, not only from the principal of each school, but from the superintendent’s office. There aren’t any unrealistic expectations.”