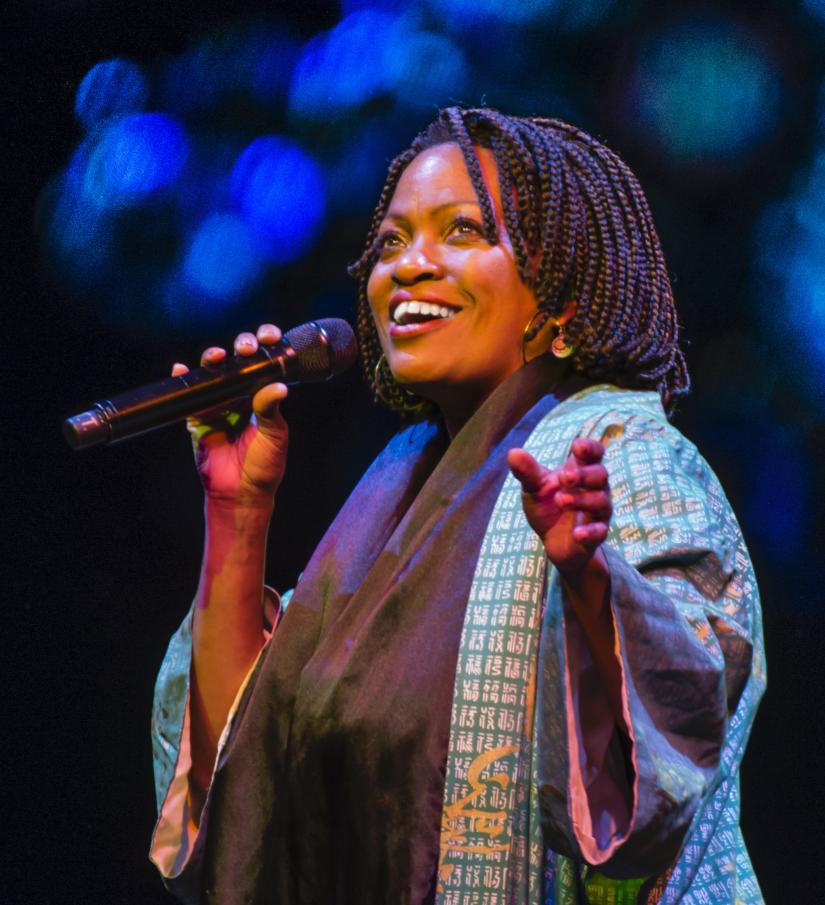 Grammy Winner Paul Winter will perform with gospel singer Theresa Thomason, in photo above, in a benefit for the American Mural Project on Sept. 5 in Winsted, Conn. Photo by Matthew Muise

The Sounds of Winter (in Summer) Benefit AMP

The end of summer is coming, a time when we think of things we should have done while the weather was warm and we maybe had some time on our hands. This year of course the end-of-summer regrets are more profound as plans were impacted not just by COVID-19 but also by a week of power outages at the peak of vacation season.

Now is the time to do things we’ve meant to do — like attending a concert by Paul Winter of the eponymous Paul Winter Consort. For the rest of the world, Winter was a leader of a new age music movement in the late 20th century that combined jazz, classical music as well and nature sounds.

Winter, 81, now lives in Litchfield.  When a benefit he was planning in Washington, D.C., got canceled, he took a look at Ellen Griesedieck’s epic American Mural Project in a converted factory space in Winsted, Conn. The massive mural is dedicated to American workers — including the health-care workers and power company workers whose efforts we have so deeply appreciated this year.

The mural remains a work-in-progress but is very much worth a visit once AMP is able to offer tours safely again. Winter will now do a concert and dinner there on Saturday, Sept. 5.

Also performing will be Theresa Thomason of Woodridge, Conn., who had also volunteered to support AMP so the work can be completed. Thomason is a gospel singer who has performed around the world, often with the Paul Winter Consort.