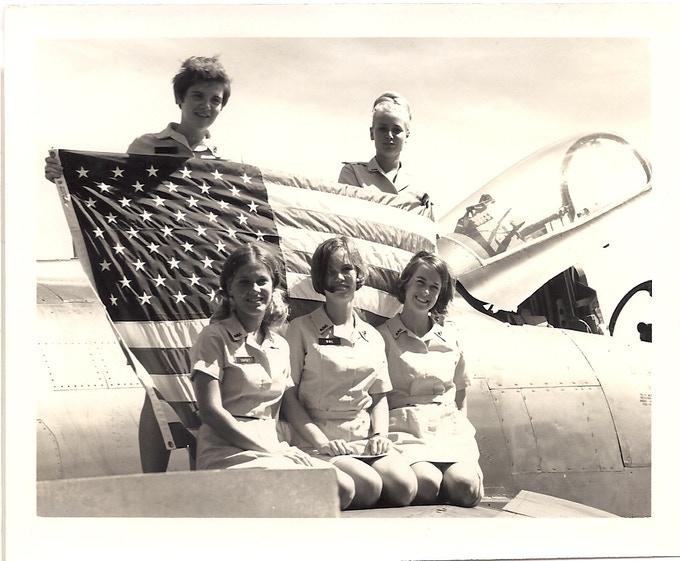 Norman Anderson’s documentary about the Donut Dollies during the Vietnam War is featured in this year’s Berkshire International Film Festival. Photo from “The Donut Dollies”​

There is something about doughnuts that signals comfort, home and happiness. Perhaps that’s why legend has police officers taking a break during the stressful patrolling of their beats and having some coffee and one of the puffy pastries; perhaps that’s why Ma Kettle in the novel “The Egg and I” offers solace to a sad neighbor with strong coffee and a plate of homemade doughnuts.

During every 20th-century war that involved our soldiers, American women (and some men) traveled to war zones to remind the soldiers that home and happiness were still there and worth fighting for. These volunteers were known as Donut Dollies, and they did little more than offer some sweets to eat and drink and a bit of a respite from the horrors the soldiers were facing.

Norman Anderson has made a documentary film about the Donut Dollies of the Vietnam War era, called (obviously) “The Donut Dollies.” The film is one of the 40-some titles to be screened as part of the Berkshire International Film Festival, which begins July 23 and continues to Sept. 13.

The films will be shown four evenings a week outdoors, “drive-in” style, on the grounds of Shakespeare and Company in Lenox, Mass.

“The Donut Dollies” will be shown on the evening of Thursday, Aug. 27.

Another of the featured films at this year’s festival will be “Olympia,” a documentary directed by Harry Mavromichalis (the screening is presented in partnership with the Williamstown Theatre Festival) about the beloved and hilarious actress Olympia Dukakis.

For those who missed it when it first came around, the 2018 music documentary “Echo in the Canyon,” directed by Andrew Slater, will be shown on Friday, Sept. 11. Slater and Jakob Dylan (son of Bob) interview rock-world luminaries about the music that came out of Los Angeles’ famous Laurel Canyon.

On Aug. 1, the featured film is “Ai Wei Wei: Yours Truly,” directed by Cheryl Haines.

The gracious Chinese dissident artist very nearly purchased a large farm in Salisbury, Conn., in recent years. After a protacted zoning tussle, he moved to a different area instead.

Find out what the Tri-state region lost out on in this 2019 film not only about art but also about human rights.

For more information about the film festival, go to www.biffma.org/drive-ins.