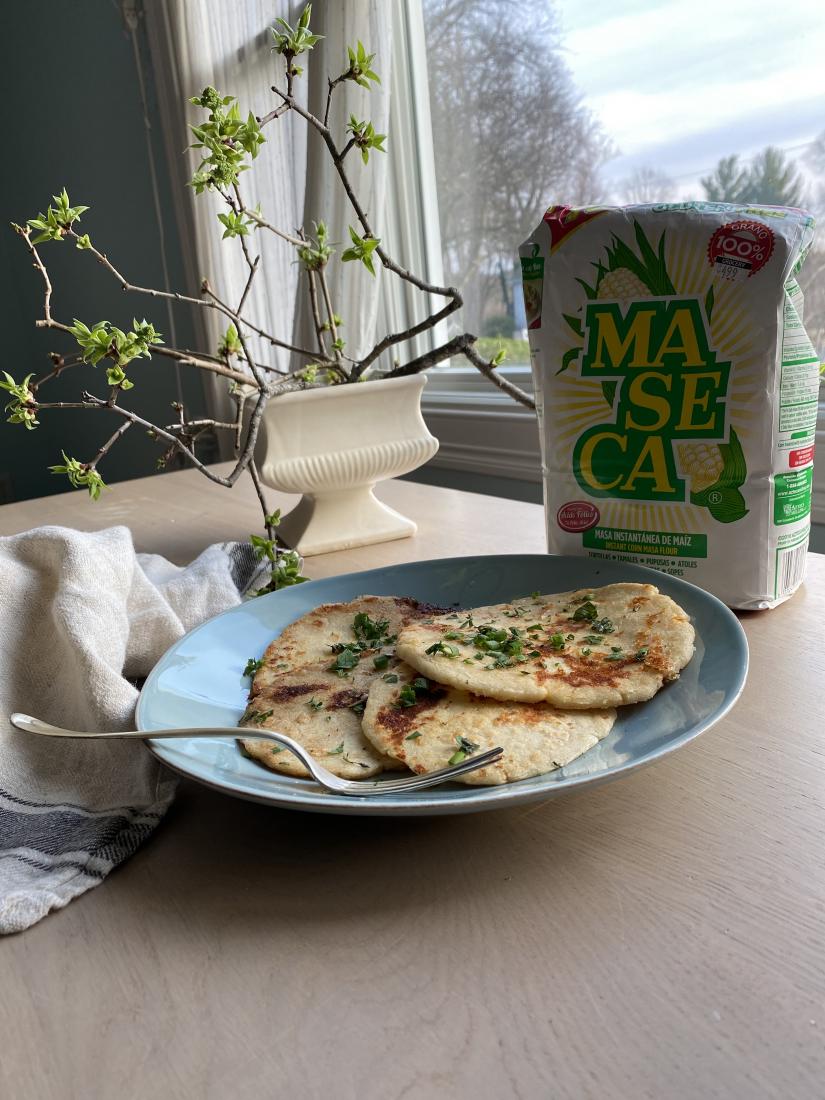 Pupusas, an essential food for the people of El Salvador, are also an important part of the cuisine of New England. Find out how to make them and learn about some of the unexpected ethnic foods that are “New England classics” in a free Zoom talk on April 14 with Cynthia Hochswender and Meg Muckenhoupt. Photo by Cynthia Hochswender

Connecticut counts as part of New England but most of the foods that are considered Typical New England Cooking are, pretty much, rarely-if-ever served here. Pot roast, perhaps. But brown bread and baked beans? Not so much.

In her new book, “The Truth About Baked Beans,” Meg Muckenhoupt explains how some of the stereotypes of so-called Old New England Food were created, and she talks about why so many of them are just … so wrong.

Of particular note, in this era when food and the idea of cultural appropriation so often make the headlines, is her assertion (obvious as soon as she says it) that New England is not a land of just White Protestants and Native Americans.

There are of course regional foods based on regional ingredients (this is maple syrup season, for example). But Muckenhoupt opens wide the doors of New England cuisine and culture by talking about the many immigrants who brought their native foods with them. It’s an interesting topic of conversation in this year when Connecticut is considering adopting pizza as the state food.

In addition to giving a cultural and anthropological history, Muckenhoupt also offers recipes (many from well-known contemporary restaurants and other specialists in edible deliciousness) for exotic foods that are native to New England. It’s full of surprises.

Learn more about the book and about true New England cuisine on Wednesday, April 14, at 7 p.m. She will be interviewed by me, Lakeville Journal Executive Editor Cynthia Hochswender; recipes will be shared and possibly assembled during the virtual presentation. It’s also very likely there will be some beverages mixed and enjoyed. Watch our Instagram and Facebook pages for an ingredients list if you’d like to cook/drink along.

This free online event is presented by the House of Books in Kent and the Kent Memorial Library. To register (and to order the book), go to www.houseofbooksct.com and click on “events.”