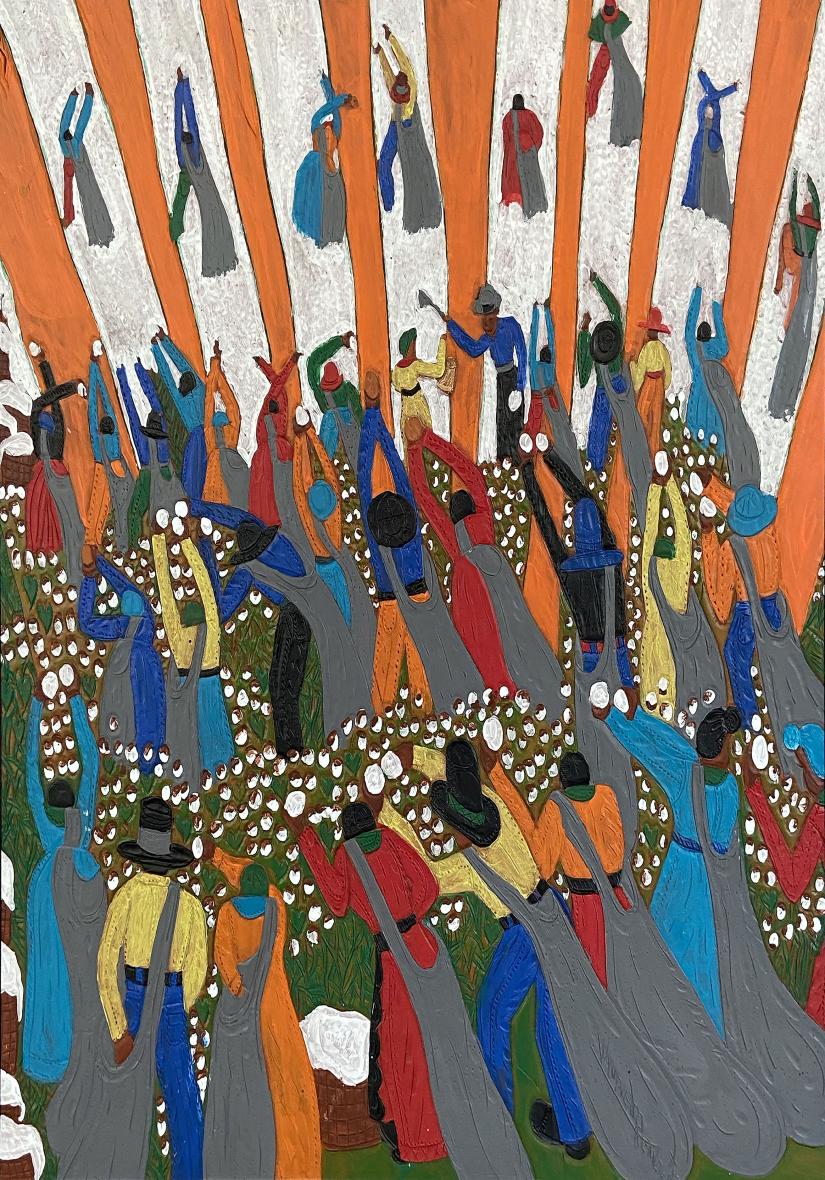 Tapestries made in leather, including “Sunshine Rows,” above, are the focus of a show at James Barron Art in Kent, Conn., featuring work by Winfred Rembert. Photo submitted

James Barron Art in Kent, Conn., has long been a gallery that appreciates and promotes the work of contemporary Black American artists.

A show that opened June 12 and remains up until mid July features work by Winfred Rembert, an artist who creates tableaux in leather, using a skill he acquired while in prison following his arrest during a civil rights demonstration.

Rembert, whose life has been featured in two documentary films, was born in 1945 in rural Georgia. He survived the kinds of struggles often depicted in films about the American South in those years: poverty, racism, a broken family, jail time. He escaped from prison and then was almost lynched, but somehow escaped from that as well.

At the age of 52, he began to use the skills he learned in prison to make tapestries in leather that evoked childhood memories as well as  his time in prison working on a chain gang.

James Barron credits Troutbeck in Amenia for bringing Rembert to his attention. In his press release announcing the show, he also thanks the inn for “their continued commitment to the Black community. Troutbeck’s original owners, Joel and Amy Spingarn, were active in the Civil Rights movement from the early 1900s. They twice hosted critical meetings of the NAACP at Troutbeck, in 1916 and 1933, as well as established the Spingarn Medal, the NAACP’s highest honor.

“James Barron Art stands in solidarity with the Black Lives Matter movement and the Black community,” the release also says. “We will donate a portion of proceeds from the sale of these works to Southern Poverty Law Center, an organization we have supported for many years.”

The show remains open in the lower gallery at James Barron Art until July 12 and can be seen by appointment only. For more information or to make an appointment, email info@jamesbarronart.com.