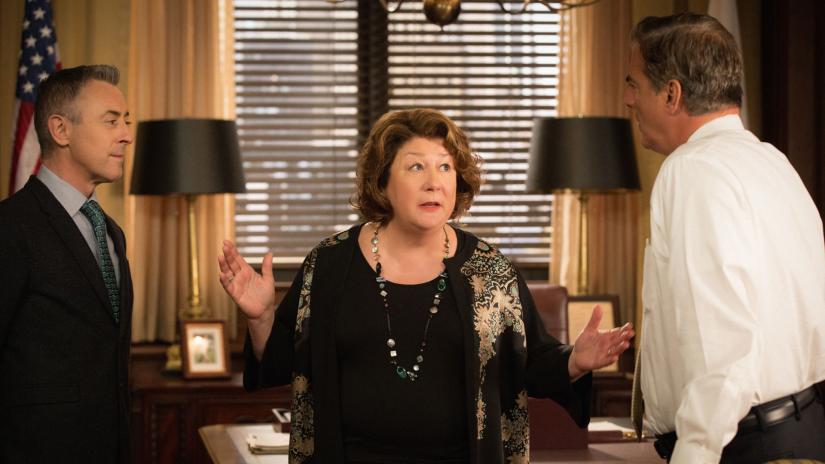 The ‘Most’ of Margo Martindale in Zoom Talk

The trouble with actress Margo Martindale is that there just isn’t enough of her.

It’s not that she’s a tiny slip of a woman; she is, in fact, robust and big-voiced and large-laughed.

It’s more that, when she’s in a movie or television show, she’s always in a supporting part. She slips in and out of the plot and, well, you just wish there was more of her.

Perhaps you were aware of her and perhaps you weren’t when you saw her in films such as “Practical Magic” (hard to make yourself the center of a film when it already has Sandra Bullock, Nicole Kidman, Dianne Wiest, Stockard Channing and the always handsome Aidan Quinn). She’s also been memorable but scarce in many other films including “Days of Thunder,” “Dead Man Walking” and “Million Dollar Baby.”

And then there are the television series, including “The Good Wife” (which seems to have been primarily cast with actors and actresses who have homes in Litchfield County) and its sequel, “The Good Fight;” “The Americans,” about Russian spies masquerading as American citizens; and a cartoon for which she’s famous but is just a voice, “BoJack Horseman.”

Always you get a smattering but never quite enough.

The Kent Memorial Library in Kent, Conn., this summer has a series of online talks by interesting folks who live up here, and one of those folks is Margo Martindale.

Perhaps her talk should be titled, “The Most of Margo Martindale,” as participants will have the chance to spend an hour (or maybe more!) with the actress on Wednesday, July 15, beginning at 7 p.m.

The talk is part of the six-part Kent Memorial Library Masters of Kent Summer Series. All the talks are free but you must register in advance at www.kentmemoriallibrary.org/masters-of-kent-summer-series.

The Masters of Kent series continues into August; you can get the full list of speakers at the web page, above. Two others that are likely to fill up quickly are “Song Stories” on July 29 with popular Kent singer/songwriter/raconteur George Potts (well-known as a solo artist as well as part of The Joint Chiefs); and the talk Aug. 5 on creating a brand with a master of the craft, Frank Way, owner of frank.food company, the ultra-popular Main Street restaurant.