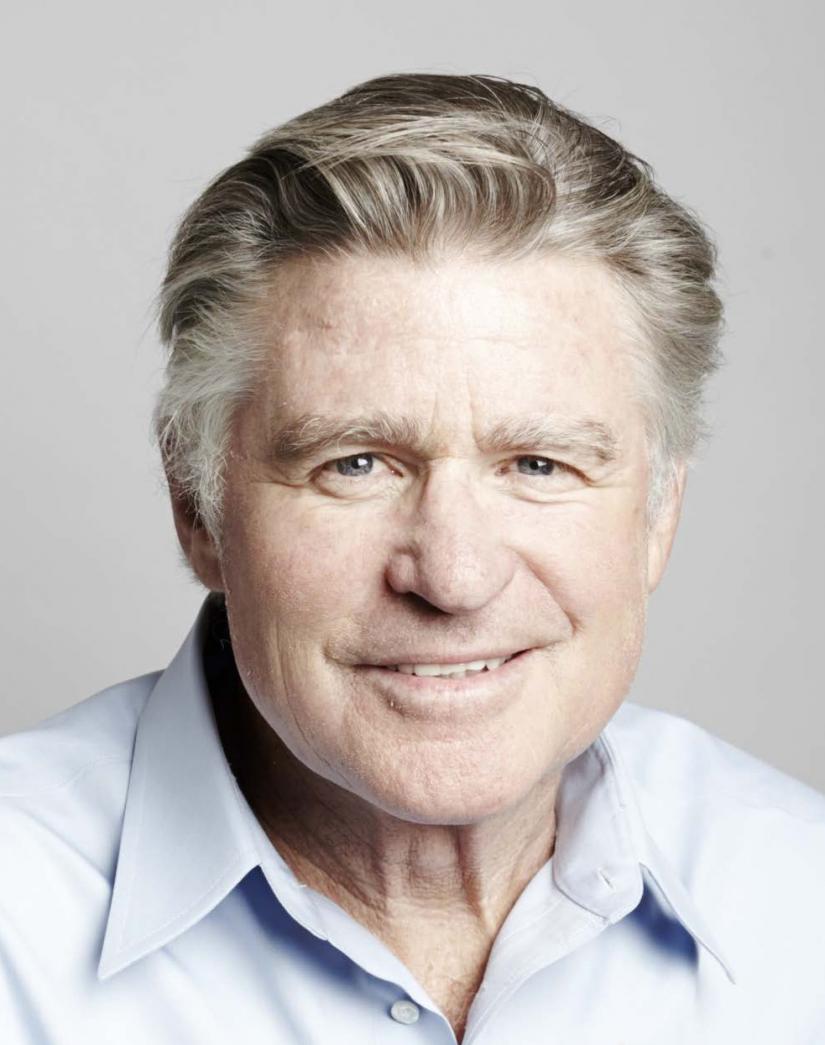 Treat Williams has written a play about Gen. U.S. Grant, which he will present in a reading at the Great Barrington Public Theater on Aug. 2 and 3. Photo submitted

A Sneak Peek at a New Play by Treat Williams About U.S. Grant

The actor Treat Williams is know for starring roles in diverse films that range from “Hair” (yes, that’s him with the flowing locks and the sweet tenor voice); “Once Upon a Time in America;” and “Prince of the City.” He anchored the television series “Everwood,” and he’s performed on Broadway in “Grease,” “The Pirates of Penzance” and “Stephen Sondheim’s Follies.” And he’s been in a Dolly Parton holiday special!

What an interesting guy!

Best of all, he starred in one of my favorite films, a title so minor that it isn’t included in the long resumé sent out with the announcement of a new play he’s writing and producing (yes, we’ll talk about that in a minute). I just loved him in the film “The Pursuit of DB Cooper,” about the famous bank robber who jumped out of an airplane and has eluded capture to this day.

Even though this film is very obscure, it’s possible that it’s as important to the actor as it is to me — even though this is a film in which he hijacks a plane. Williams, it turns out, is as dedicated to aviation as he is to acting and in fact has been named “A Living Legend of Aviation” for his contributions to general aviation in America. According to his CV, “A commercial pilot and flight instructor with over ten thousand hours in the cockpit, Mr. Williams has been flying airplanes and helicopters of all shapes and sizes for over 40 years.”

Williams, who lives in Vermont, is friends with Jim Frangione, who is the artistic director of the Great Barrington Public Theater.

Because of their connection, Williams has chosen to debut a play he is writing as part of the GB Public Theater’s Wet Ink series of readings of plays in progress.

The play is called “Grant: An Evening With the General.”  It’s not clear what Williams’ take will be on the hero of the Civil War, who was in the past often presented as having botched the job in his time in the White House — an interpretation that Grant biographer Ron Chernow seems to disagree with.

The Great Barrington Public Theater describes the embryo play in fairly vague terms, calling it “an intimate exploration into the life, spirit, character and candor of iconic Ulysess S. Grant, performed by Williams in the persona of Grant himself.”

If you’ve read the Chernow biography; if you’re a fan of Treat Williams; if you’d like to learn more about America’s 18th president; if you’re intrigued by a man who seemed to be a failure for most of his life and then rose spectacularly to meet the challenges of the Civil War, then come see “Grant: An Evening With the General.”

It will be performed by Williams on Monday, Aug. 2, and Tuesday, Aug. 3, at 7:30 p.m. in the McConnell Theater at Bard College at Simon’s Rock in Great Barrington, Mass.

Tickets are $10 and can be ordered at www.greatbarringtonpublictheater.org/wet-ink or by calling 413-707-2901.