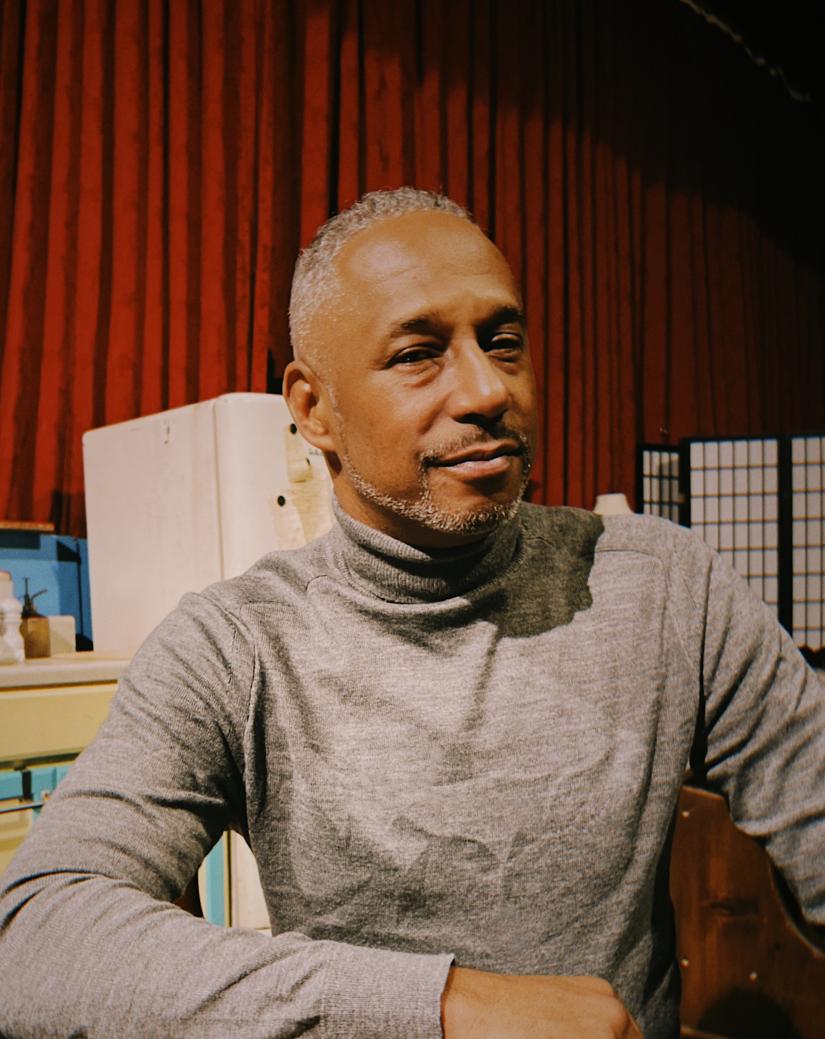 Black theater in a white town

In Central Harlem, N.Y., emerging Black writers come to Liberation Theatre Company to hone their artistry on the stage. Co-founder Spencer Scott Barros has forged a space to strengthen dynamic Black voices charged with something to say. This fall, he’s far from home, up in the countryside of Connecticut, directing “A Raisin In The Sun” for Sharon Playhouse. He’s a Black director working on an iconic Black play, in a town that’s  still 90% white. Barros isn’t deterred.

Alexander Wilburn: “A Raisin in the Sun” — a staple of the American stage, but also a milestone for African American theater. The first Broadway production written by a Black female playwright and led by a Black director. What does the play have to tell us today?

Spencer Scott Barros: If we look at the state of race relations within the U.S. — Black people still don’t make nearly as much as their white counterparts, that hasn’t changed much from the ’50s. Even the issue of abortion, which is discussed in the play, is relevant with what happened recently with Roe v. Wade. The notion of Black people wanting to move to a better life, having dreams of a better experience, that’s still happening, but now that happens through the lens of gentrification. So there are a lot of themes that are relevant for today’s audience. This story could still happen today.

As a Black director staying in Salisbury at one of the board members’ guest homes, I could count the number of people of color I’ve seen on  one hand. I’m sure people are looking at me like, “Who is he? Why is he here?” In the play, the character of Karl Linder doesn’t want this family moving into this all-white neighborhood because it will make the white people uncomfortable. People are much more savvy today, they wouldn’t come out and say that. But you can sense there’s an uncomfortability (sic). “Oh, you’re just here for a short period of time? That’s better, I can like you.” But if I said I was looking at homes to buy? I’m sure I would be received in a very different light.

What’s it like performing this show for a majority, if not completely, white audience?

I had really great conversations with Justin [Boccitto, Playhouse Interim Artistic Director] and Michael [Kevin Baldwin, Director of Education] before I accepted the offer to direct. They were very honest about their 99% white subscription base. Outside of theater, I do diversity, equity and inclusion workshops for corporations, I’m very used to having uncomfortable conversations where I am either the only person of color in the room, or one of very few. [A Raisin In The Sun] isn’t an all Black cast — there is one major white character. For this theater, we’re playing him as a mirror to the subscription base that comes here. He’s a reflection of how they may be, or what may be hidden in their own subconscious. As I said, people today are savvy. They’re not going to say, “I don’t want these types of people living here.” I think the mirror is: we like to say and do all the right things, we like to present ourselves as inclusive, but our actions may be doing something entirely different.

A really concrete example is that in the play, Linder refers to the Younger family as “you people.” The actor Dick Terhune is so brilliant, he doesn’t overemphasize it, but every time he says it, the Younger family has a different reaction to it, to the words “you people.” I don’t think Linder realizes he’s doing anything, he’s so used to having conversations in his all-white community. So I hope a predominantly white audience might look at that and think, “Hm, I wonder if every time I told a Black person they were so articulate or they spoke so well, did they receive it as the compliment I was intending it to be? Or did they receive it as a racial slur they had to accept?”

Whom do you see as the invigorating voices of Black theater today?

For a while it felt like there was one kind of [Black] story that could be on Broadway and be successful. It would have to have certain types of characters that make non-Black people comfortable. I’ve noticed a change now where writers are saying, “I’m writing my truth and what works for me. If you get it, you get it, and if you don’t, you don’t.” Donja R. Love is a playwright I absolutely adore, a queer Black playwright whose stories are centered around queer Black life, often around being HIV positive. Dominique Morisseaus — I love her voice, it’s very rooted in her history and her Detroit upbringing.

“A Raisin In the Sun” opens at Sharon Playhouse in Sharon, Conn., on Oct. 7. For tickets go to www.sharonplayhouse.org