Skip to main content
THIS WEEK'S DIGITAL EDITIONS
Home / Home
Home » Compass Ae Recreation » Like a Trip to Sicily, in the Heart of North Canaan 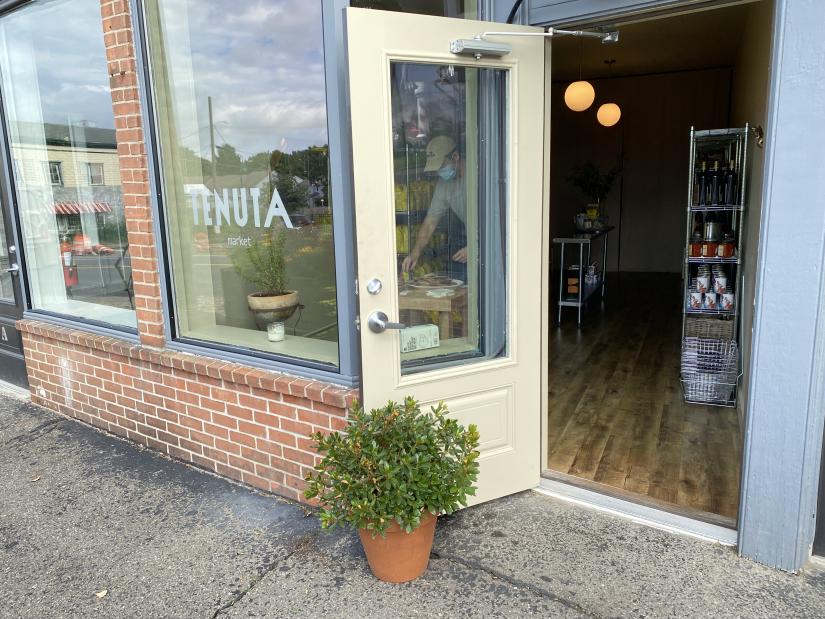 Like a Trip to Sicily, in the Heart of North Canaan

Ian Edwards can spin the most delicious stories, ones that imbue a plain old jar of salt or a package of pasta with romance. It makes sense: When he isn’t here at the farm he bought last summer in North Canaan, Conn., he is at his New York City job working in communications for the fashion industry.

Of course, anyone can work in communications and not be a talented teller of food tales. Here’s how you know how good Edwards is. When I walked into his new shop in North Canaan last week, called Tenuta Market, in the Ducillo building across the street from the Depot, I was so certain that I wasn’t going to like anything in the shop that I actually brought in my wallet.

Usually when visiting a new store, I’m smart enough to leave my wallet in the car. I figured everything would be overpriced and precious, and I was wrong. I walked out with 20 pounds of dry goods and even now, a week later, I remain deeply in love with every item that I bought.

Tenuta Market is a tiny little slip of a store, beautifully designed by Nick Gagne of New York City. Edwards opened it on Sept. 17 with his business partner, Travis Powell, who (curiously) lives in Canaan, N.Y.

The chic metal wire shelves hold bespoke cooking ingredients, from rare capers to Italian semolina flour to exquisite little bottles of salt. Everything is beautiful, which normally makes me not want to buy it.

But it’s impossible not to when Edwards starts to walk you through the store, telling you the when and where and why of the special pasta in bright yellow packages  (one of the only Italian pastas made with Italian wheat, he promises) or the wine vinegar with “skin contact” from the grapes (“effectively an orange wine vinegar”).

Clipped to some of the shelves are photos of  the men and women who produce the artichoke hearts  in extra virgin olive oil, and my favorite, the estratto di pomodoro, which is straight up the best tomato paste on the planet.

Everything in the shop is either from Sicily (where Edwards spent a “gap year” from his job) or Venice, pretty much. I particularly love when Edwards says something has a whiff of the sea; I keep opening my little jar of  the Italian version of sea salt (fiore di sale marino), feeling that it will transport me to a Sicilian seaside restaurant or, at least, to an episode of the Montalbano detective series, set in the fictional coastal town of Vigata.

I was pleasantly surprised to find that most of the things I bought didn’t cost significantly more than they would at a regular grocery store. And really, it was all so much cheaper than getting on a plane to Italy, or even taking the train in to Manhattan.