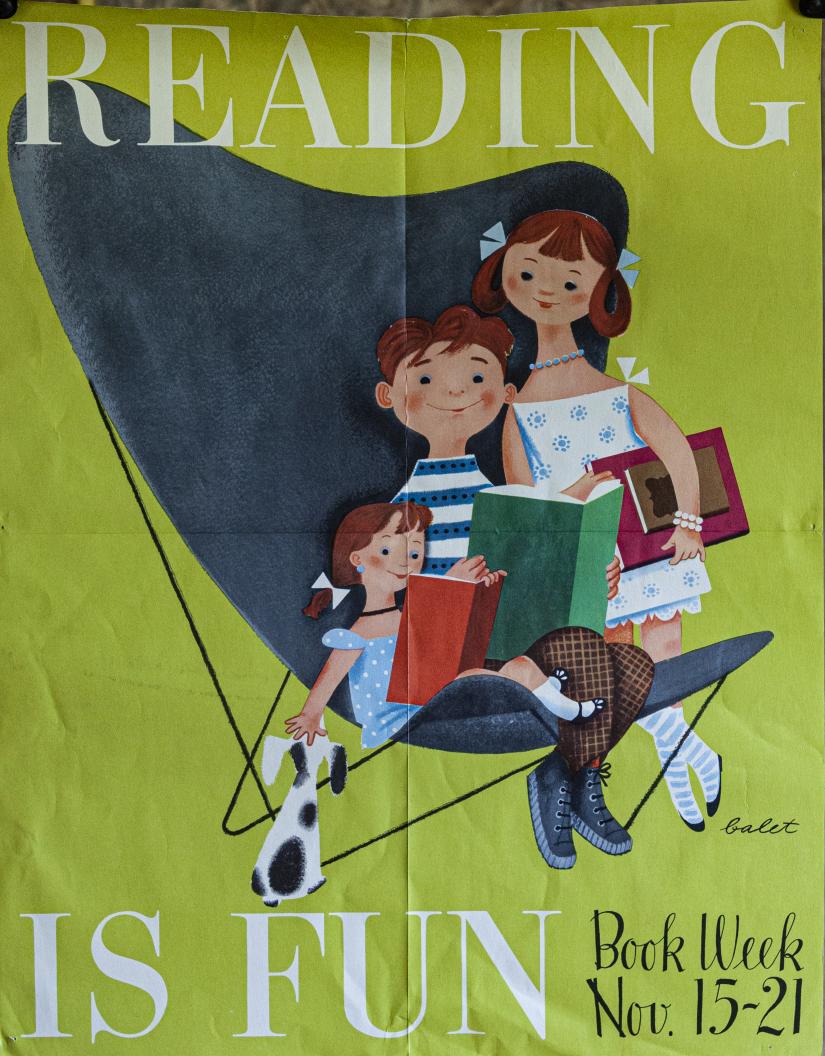 Posters discovered during the renovation of the Hotchkiss Library of Sharon, Conn., will be the subject of three history talks between September and November. Photo by Jonathan Doster

The venerable, stone Richardsonian-style Hotchkiss Library of Sharon, Conn., is being renovated and modernized — so the functional parts of the library (books, staff) have moved to temporary quarters at the Herbert Klebes American Legion building, around the corner from the firehouse.

To read about the library’s interesting architecture and history, go to the website at www.hotchkisslibraryofsharon.org/our-origins-our-present-our-future. You can also learn there about what the new and improved library will look like and offer.

In the meantime, the library staff have been having some breathtaking Aha! moments as they go through ephemera discovered in nooks and crannies when they cleared out the original building.

The word “ephemera” seems dismissive — to anyone who is not fascinated by day-to-day life as it was lived years ago. Sure, you can read history tomes, but it’s so much more amazing to see and touch actual objects used by regular folks as they went here and there and did this and that. Ephemera is the most intimate way to look at and learn about history.

It’s not obvious that a library would have a lot of ephemera tucked away in odd spots, but as it turns out … there was quite a bit of ephemera at the Hotchkiss Library of Sharon.

A new find that's being shared with the community is a cache of publicity posters for local and national events.

“These are posters we found in a table drawer when the movers emptied out the library at 10 Upper Main St. last summer,” said library Executive Director Gretchen Hachmeister.

“They lowered the table that had resided in the upstairs Connecticut Room over the mezzanine railing to get it downstairs.  The drawer slid open. There were 101 posters in it. They had not seen the light of day for decades.

The ephemeral posters are, of course, interesting on their own. But the library is enriching the presentation with three talks by nationally known experts who not only shine light on what’s in the collection, they also have connections to Sharon and can help put the posters in local historical context.

First will be two virtual talks by Leonard Marcus, a founding trustee of the Eric Carle Museum of Picture Book Art in Amherst, Mass. (Carle was the beloved author/illustrator of children’s favorites including “The Very Hungry Caterpillar”); and the curator of a recent show at the New York Public Library, “The ABC of It: Why Children’s Books Matter.”

He is the award-winning author of two dozen books on the making of and history of books for children; he has curated a show of World War I posters; and he has been a guest author at the annual summer book signings for the Hotchkiss Library of Sharon.

On Thursday, Sept. 22, at 7 p.m., Marcus will present a talk about the posters used between 1942 and 1961 to publicize National Children’s Book Week (an annual event started by the Children’s Book Council in 1919).

On Thursday, Nov. 3, again at 7 p.m., former Sharon resident and rare book dealer Darren Winston will talk about the collection as a whole and put it in the context of local and national historic events, especially World Wars I and II.

He will be joined by David Pollack from David Pollack Vintage Posters in Wilmington, Del., who is considered one of the nation’s leading poster experts.

Since leaving Sharon, Darren Winston is now head of the  Department of Books and Manuscripts at Freeman’s auction house in Philadelphia, Pa.

To learn more about the posters and to get the links for the talks, go to https://hotchkisslibraryofsharon.org/events.