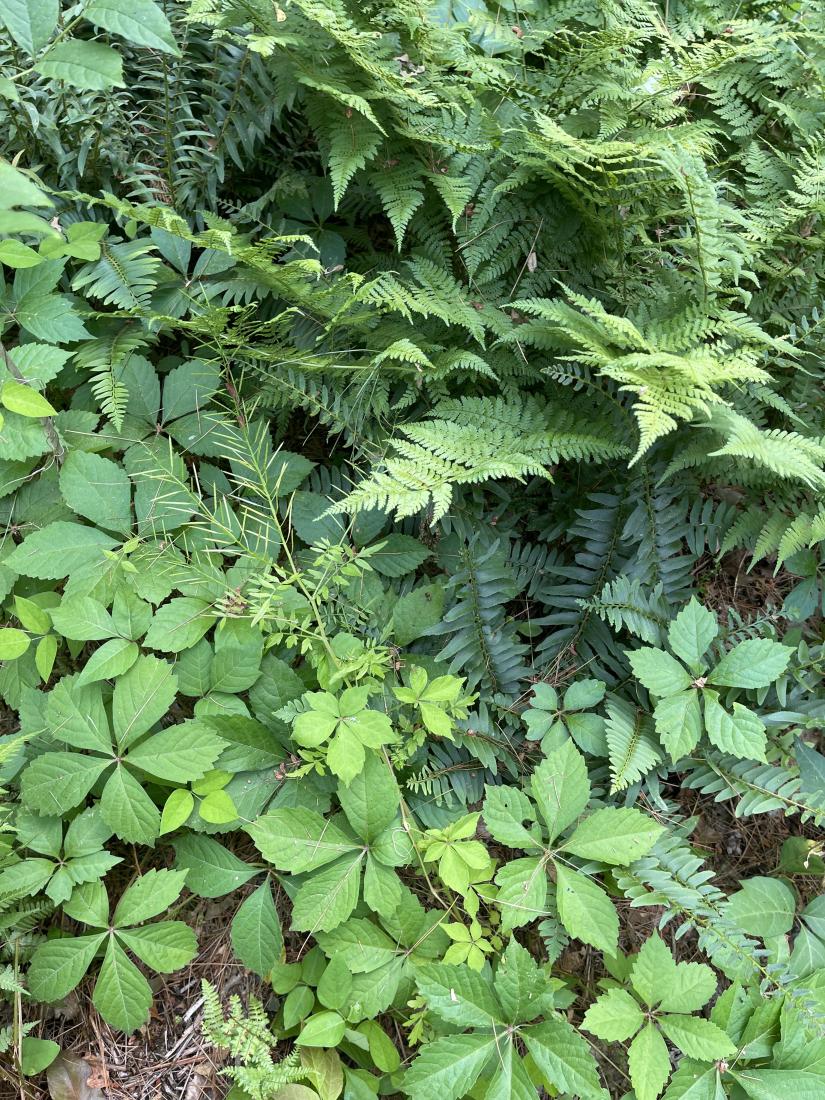 Cardamine impatiens, the narrowleaf bittercress, hides among my ferns, which it can resemble when young. Its seeds pop open when the pods are touched, sending them flying. Photo by Dee Salomon

At Last, Some Good News

At least where I am situated, in Litchfield County on the shores of the Housatonic River, it looks like there were two hatches of spongy moth caterpillars.  The older hatch has slowed down and is starting to pupate.  I have noticed fewer droppings as I walk the woods.  And a few other observations that, for a change, have me smiling: There are dead caterpillars low down on some of the big trees.

Author and garden expert Page Dickey, who lives about 5 miles from me, noticed the same in her woods. In both cases, the trees were not sprayed with the anti-spongy moth BT, which has us thinking that the Entomophaga fungus that lives in the soil was actually released by the rain. Supposedly the infected caterpillars die on the tree trunks,all facing downward — a curious idea and one that I need to go back and verify.

The other observation, concurrent with the first, is the new leaf growth on trees that had suffered caterpillar defoliation. The fact that this is happening while the moths are dying or pupating is fascinating to me.  It is as if the trees were sent the “all clear.”

I have posited this to a couple of friends and received raised eyebrows.

But I am almost finished reading Merlin Sheldrake’s “Entangled Lives,” about the role that fungus plays in our world.  There are a few scholars exploring the “wood wide web,”  and they are finding that mycorrhizae — the filaments of fungus that live under the soil — play a role in helping trees communicate and “trade” minerals and needed resources.

It also has been proven that, above ground, plants send out scent signals to warn against danger. So maybe the trees are communicating.

Anyway, it is good news, when we have not had much in the caterpillar category.

Now that I don’t have to spray BT on trees anymore I can turn my attention to other matters.  The woods need another pass to pull up the garlic mustard and narrowleaf bittercress that have gone to seed — carefully, so as not to release the seed from its pod! I reach down low and make sure that I pull the garlic mustard out horizontally as the root tends to set at a 90 degree angle from the stem.  It is a satisfying feeling to hear the release of the root from the soil and know that that is one more weed I won’t worry about again.

I am also determined to deal this year with the stilt grass that is now profuse in the wetland area. More about this to come and if you have suggestions please let me know.

For the past few years I have created a Maginot Line beyond which I pick out these invaders one by one. It is boring and back-compromising.  Time for a new solution that I am quite sure will include both a weedwhacker and torch — given the wetland location, this is a safe bet.  I have a weedwhacker and will borrow the torch before I buy and will let you know which is the way to go.