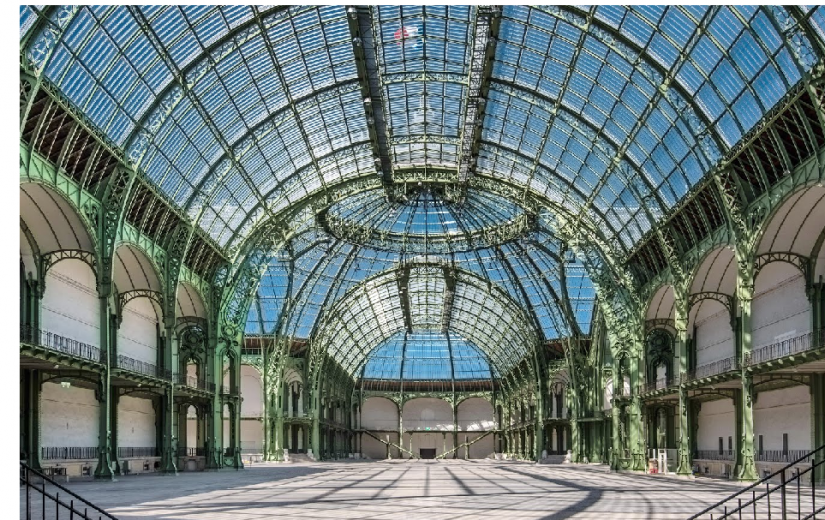 History, Art, Architecture and Paris in an Online Tour

It’s not like most of us have the opportunity to visit all the great museums even without COVID-19. But it is possible these days to get a “next best thing” tour of world culture thanks to the internet.

Let me be clear at this point that I’m not a great art connoisseur and have not been to most of the world’s great museums (yet). But I would like to learn more, and as the new year begins I feel a bit of an urge to learn and see new things; while the online museum experience has a lot of flaws, it also is better than sitting around the house watching cat videos on YouTube.

Let’s begin by saying frankly that most museum virtual tours are disappointing, for many reasons. Generally the art works are all presented as being the same size, so that a wall-size painting such as Georges Seurat’s “A Sunday on La Grande Jatte” (at the Art Institute of Chicago, www.artic.edu) looks the same size online as “Maternal Caress” by Mary Cassatt, which is about 10.5 by 4.5 inches.

Many museums offer virtual “walking tours” and Google street view visits to museum galleries, but they’re usually poorly lit, distorted and nausea-inducing if the camera pans around too quickly.

You are also unable to access many virtual tours unless you download Adobe Flash, which I have had some bad experiences with and won’t allow on my computer.

Google tries very hard to put its fingerprint on most of the world’s museums and cultural heritage sites through its Google Arts and Culture website. There you can find links to many museums and lots of activities, most of which are geared to young people. There are games and puzzles, and there are short videos of indie pop culture icons such as Grimes and Fiest talking about famous works of art, modern and ancient.

Most of it I found uninteresting or overwhelming but there are some glimmers of excellence. The one I liked best and that I’ll recommend to you here is a tour of the Grand Palais in Paris. If you go to the actual museum website, you just get the usual short teasers about their current shows.

But if you go to the Google Arts and Culture page on the Grand Palais, you get interesting history and photos of the creation of the building —which combines sculpture and classical architecture and a glass dome and an outdoor colonnade — for the Universal Exposition of 1900.

The photos and the history (in English) are clear and easy to absorb. For World War history buffs, there is an entire text and photo section on the conversion of the space (which is huge, on the scale of Grand Central Station) into a hospital for wounded soldiers.

There are four “views”of the exterior of the building, including a view of Paris from the roof. Unlike the dizzying videos in which a camera pans around a site,  here you click on arrows that bring your progressively closer to whatever details you’d like to focus on.

And of course there are photos and short explanations of the photos and paintings in the museum’s collection.

No doubt there are many other excellent tours of art and architecture on the internet.

But in a three-hour search  of the internet this morning, the website for the Grand Palais was the one I felt most like recommending. It was a nice mix of architecture and art; and it was a virtual journey to Paris, which is a city I’d like to visit if I had the time and money and there wasn’t a worldwide pandemic.

To visit the Google Arts and Culture tour of RMN-Grand Palais online, go to https://artsandculture.google.com/partner/rmn-grand-palais.