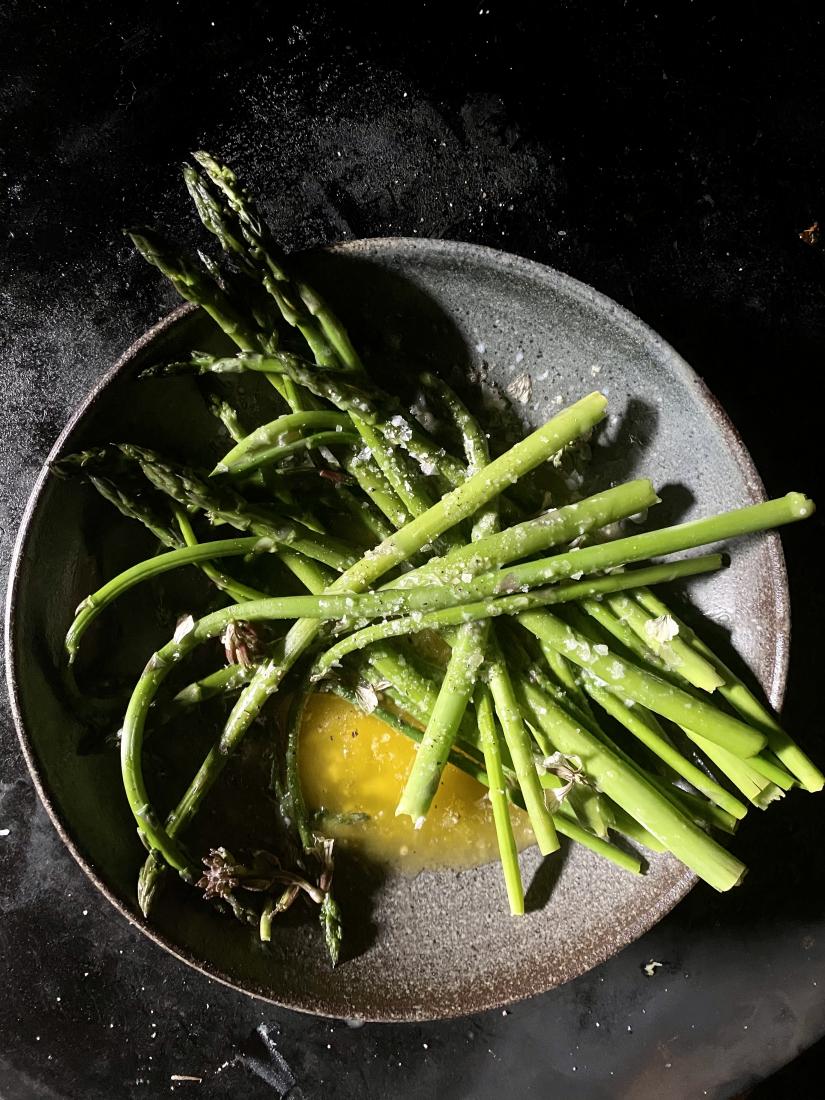 Having a Frank Talk About The Art of Beautiful Food

Restaurant owner Frank Way joined his friend, food stylist Frances Boswell, for a chat on Zoom about food that is both beautiful and delicious — as meals are likely to be at Way’s new West Cornwall, Conn., restaurant.

Way was the owner of frank.food in Kent, Conn., until the pandemic. He is now working on a new restaurant in West Cornwall that is likely to open in May.

Sponsored by The Cornwall Library and hosted by Jane Bevans, the conversation happened on Sunday, March 6. For those who missed it, a video is available on the library’s website at www.cornwalllibrary.org.

The infectiously enthusiastic conversation between Way and Boswell drew 65 Zoom participants, who had the chance to look at the new frank. food site (still being renovated) overlooking the Housatonic from the West Cornwall side. The restaurant will be in the carriage house of the building known for years as The Pink House (although at the moment it is a creamy light yellow).

Way and Boswell worked together at Martha Stewart Living for years, and now are pleased to be back together as Cornwall neighbors.

Boswell’s life has always maintained a thread of a connection with food. She always loved cooking, from a young age.

But she had no experience in television production when Stewart asked her to take on a television cooking show. Although none of the food experts working on the show had any idea how to make a TV production, somehow it all worked out.

“That’s how life is,” Way interjected. “You just figure it out.”

That was something of a theme in the conversation between the two friends: Life throws you opportunities, and sometimes you just have to reach out and catch them.

“I have always said ‘yes’ to opportunity,” Way said.

Way first came to Kent as a weekender, but soon found that he was spending more and more time here. He was working for several large companies as an expert on “branding,” and found he could do much of his work from The Country.

Although he had no experience as a professional cook, a friend invited him to open a small business in a retail space she owned on Main Street in Kent. He called it frank.food, not just because his name is Frank but also because he liked the idea of food that was sincere, open and honest.

The restaurant did well for three years, even when the pandemic made indoor dining impossible. He laid off most of his staff and started doing take-out dinners — and was so successful at it that he was spending about 75 hours a week cooking.

He eventually gave it up, and was then invited to open in the Pink House carriage house by the property’s new owner/developers.

Way used his laptop computer to give a walking tour around the future restaurant space, noting the river view from the outdoor deck that will seat 40 guests.

The inside is clean and modern, with a bar counter fashioned of dark walnut from a tree on the property that needed to be removed.

The menu will be simple, with artisan pizzas produced by Joel Viehland of Swyft in Kent. There will also be burgers made with local beef, fish and chips, salads and more. Way said he is working with a chef to help make the cooking more streamlined and professional, but he will still come up with the menu ideas.

As for what a food stylist does, Boswell described her career with several major magazines, including Martha Stewart Living and its spin-off, Real Simple.

As a stylist, her aim is to create visual balance. She said that one of the first things she has to tell clients is to calm down the presentation; there doesn’t always have to be a “cheese pull,” the food can stand on its own.

Her Zoom tour of her city apartment showed a sea of sheet cakes awaiting frosting and due for plating and a photo shoot the following day.

“For all the downsides of COVID-19,” Boswell said, “it has made people drive their creativity to new levels.”

Boswell finds food essential to post-pandemic life and noted “how important food is as a connector.” She is looking forward to seeing people experience food-human connections at frank. food. The long community table is expected to be a popular gathering spot.

Preparing at full tilt to open his new restaurant, Way said, “I don’t really know what I’m doing, but I’m giving it 150%.”