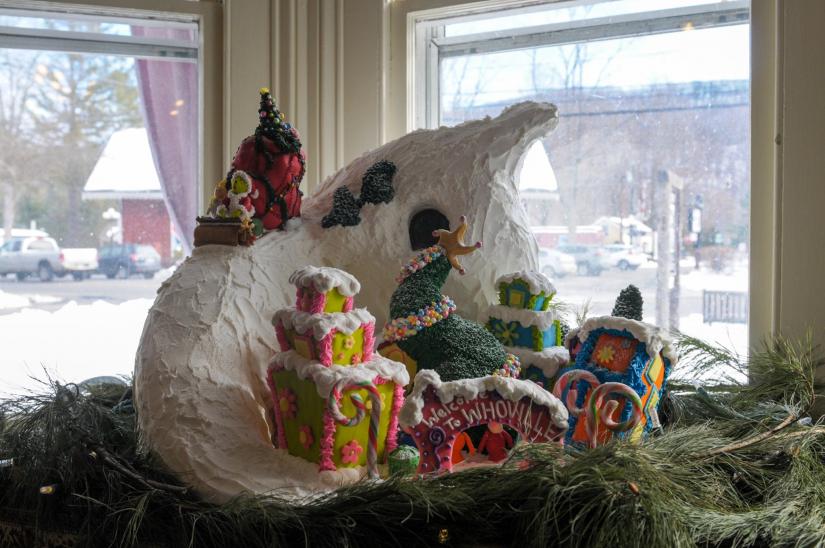 In just nine years, the Kent Gingerbread Festival in Kent, Conn., has gone from being just fun to being quite a big deal. It’s one of the biggest gingerbread festivals in the region and has become a big draw to town, even in years when there’s a pandemic quarantine. This year, to make it easier to access the houses, the festival organizers used space in a retail area in the center of town owned by Rocco and Candi Valeri, that was converted for the holiday season to Gingerbread Station.

The cookie creations were on display for the month of December. Awards were announced Jan. 1; the judging this year was by state Rep. Maria Horn (D-64) and Jill Owens Zinzi, of Kent Coffee and Chocolate Co., described as “the mother of the Kent Gingerbread Festival herself.”

The grand prize winner this year was Brittany Hrabcsak, who has been an award winner in the festival for several years in a row now (for her first foray into gingerbread decoration she was young enough to qualify for the Youth Award). This year, Hrabcsak created Whoville from Dr. Seuss’ holiday tale, “How the Grinch Stole Christmas.”

Sue Hanneman won second place for her recreation of Rapunzel in her castle tower.

Third place was awarded to the Swyft restaurant team.

The Youth Award was won this year by Jordana Berman, Abby Berman and Alexander Berman, who recreated the Kent train station (now home to the Kent Station Pharmacy).

The prize for Most Realistic creation went to Tom Doyle, for building a fully edible cookie version of the exterior AND interior of Foreign Cargo.

Just starting out this year, the Salisbury, Conn., gingerbread festival and holiday decorating competition announced two winners at the end of December. Heidi Hoeller and Wanda Hoeller won the gingerbread contest with their Gingerville Ski Chalet; and the Hussey Family of Lakeville won first place in the Light Up Salisbury contest. Both contests were sponsored by the Salisbury Volunteer Ambulance and Salisbury Recreation.