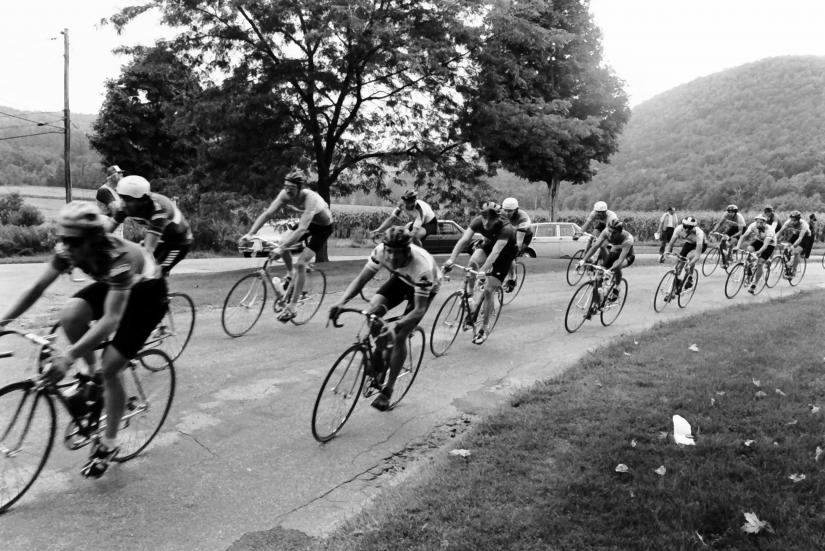 The competitive cycling season peaks in July with the Tour de France, which ends with the ride through Paris on Sunday, July 18. The Tri-state region offers cycling events on a gentler scale, such as this one that was photographed in 1985 for The Lakeville Journal. File photo

Dreaming of a Maillot Jaune

Ardent cycling fans are no doubt already glued to their screens, watching the excitement of the 2021 Tour de France, which began on June 26 and continues until Sunday, July 18.

Anyone who’s paying attention has noticed that when it’s Tour de France season there is an explosion of cyclists on area roads (some of them wearing yellow jerseys that bring to mind the coveted maillot jaune of the French tour).

Cyclists who want to intensify their dream of taking part in a cycling competition can take part in the 17th annual Tour of the Litchfield Hills on Sunday, Aug. 1.

The ride is open to cyclists of all abilities, but obviously there will be some serious competition in the higher-mileage categories (there are routes from 12 miles to a full century of 100 miles).

It is a fundraiser for The Cancer Care Fund of the Litchfield Hills. The registration fee after July 14 is $50. Some details of the race remain unknown at this point as the organizers keep an eye on any new COVID-19 developments and restrictions. The rides leave from Torrington, Conn.; for more information and for updates, go to www.tourofthelitchfieldhills.com and the tour’s Facebook page.

August is also the traditional month for the Harlem Valley Rail Ride, which similarly offers rides for many levels, including two century routes. The ride last year was canceled because of COVID-19. So far a date has not been announced for a 2021 ride although it’s possible it will be held the third weekend in August, with cyclists leaving from Millerton, N.Y.; keep an eye on the website and this newspaper to see if/when dates are announced, www.harlemvalleyrailride.com.

There are also occasional cycling tours in the area that combine a challenging ride with visits to working farms. Coming up Oct. 1-3 is the Farm to Fork Fondo of the Berkshires, hosted by Farm to Fork Fitness. These are self-guided cycling tours, they cost a few hundred dollars and they are not charity events.

Anyone interested in the three-day Berkshires event, which is based in Pittsfield, Mass., and includes dinners, tours and (of course) cycling, can go to www.farmtoforkfitness.com/destinations/berkshires. And although they are disgraced, cyclist Lance Armstrong and cycling coach Johan Bruyneel do an excellent Tour de France podcast (with cycle champ George Hincapie, who is not disgraced); it is called THEMOVE (or, the move).