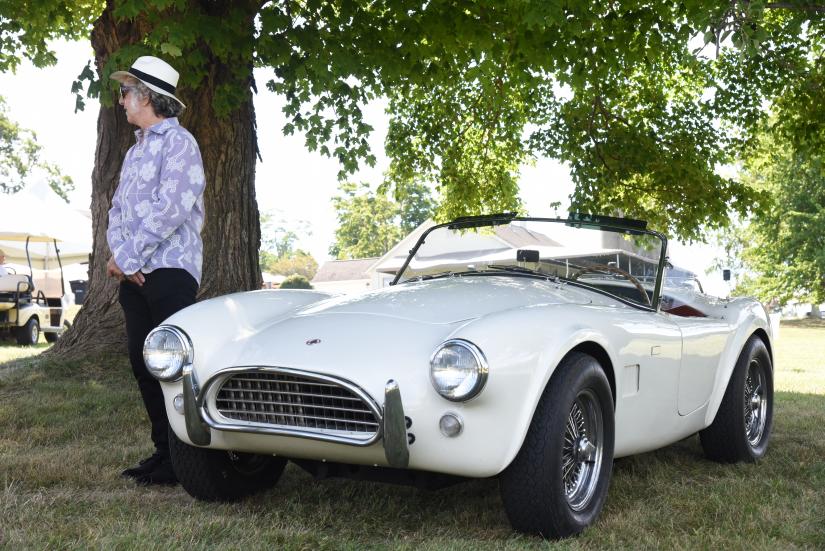 His thought was to produce a competitor to the Chevrolet Corvette.  His mantra: “Little car, big engine,” and with that in mind he convinced British AC car manufacturer to supply him with chassis — and Ford to supply him with V8 engines.

Only Shelby could have pulled it off  … but he did, and in 1962 he produced arguably the coolest American “sports car”: the AC Cobra.

Here’s how he described his vision: He said he wanted a car that “you could drive to the market, and race on weekends.”

The AC Cobra was carefully modified, and evolved in 1964 to the staggeringly powerful street racer known as the Shelby Cobra.

Between 1962 and 1968 there were only 998 examples built. The terms “rare” and “priceless” don’t even come close to describing these models.

Smaller custom manufacturers were licensed to keep building the Shelby Cobra. These are considered “continuation cars” and are exact replicas in every respect.

But it all started with the AC Cobra. The perfect example in the photo above is a 1965, with 9,000 original miles. It took owner Perry Margoules four years to find it; it had sat untouched for 25 years!

It was a super cool sighting of a super cool car, that Margoules brought to a July 31 Concours at Candlelight Farms in New Milford, Conn.