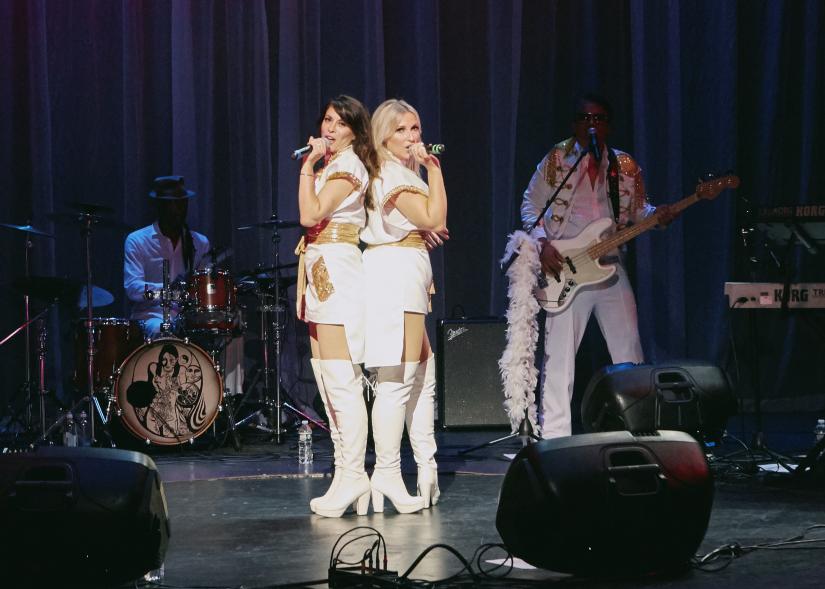 Dancing Dream, a tribute band for Swedish super group ABBA, is one of several tribute acts performing in the region this summer. Their show will be July 10 at Sharon Playhouse in Sharon, Conn. Photo courtesy Dancing Dream​

Why We Love Live ‘Tribute’ Shows (And, Of Course, ABBA)

It seems that this summer there are more “tribute” shows than ever in the Tristate region. Maybe it has something to do with the COVID-19 pandemic, and ongoing uncertainty about when/where/how we can all gather in public venues.

Or maybe we all just really love to hear old tunes played live in the style that sounds familiar to our ears. One of the joys of music subscription services such as Spotify and YouTube is that you can do a search for “covers” of songs you love; the fun there is that you can often hear wildly different versions of great songs (vintage as well as recent).

Tribute shows, on the other hand, are meant to recreate your favorite songs in the way they were originally performed by your favorite bands.

Take the Swedish pop super group ABBA as an example. The band’s biggest hits are covered extensively, in part because they’ve been performed onstage and onscreen in the films and plays of “Mamma Mia” — and of course, “Mamma Mia 2,” in which the band’s most famous songs are covered by the immortal Cher (who released her own album of ABBA covers when “Mamma Mia 2” came out; it’s great).

I certainly have an appreciation for higher-quality music of the classical, pop, rock and jazz varieties, but I do love me some ABBA. Somehow, my annual birthday ritual has come to include watching “Mamma Mia” at home with my friend Divya every year.

This year, however, I will most certainly be attending the Sharon Playhouse ABBA tribute show that, curiously, is scheduled for the actual night of my birthday, which is Saturday, July 10.

Sharon Playhouse in Sharon, Conn., has a pretty packed roster of summer entertainment with performers from the region and from New York City.

However, there are also several tribute shows on the schedule. In addition to ABBA, look for shows featuring Electric Light Orchestra (yes, I like them too; so sue me); the music of the Rat Pack; the music of Motown; tunes in the style of the Andrews Sisters, tunes in the style of Buddy Holly and the Crickets and more. Get all the details at www.sharonplayhouse.org/drive-in-stage.

Infinity Hall, the lovely and historic gem of a theater in the center of Norfolk, Conn., relies particularly heavily on tribute shows. There’s been quite a bit of schedule shuffling caused by COVID-19, but this summer look for shows that bring back the magic of Fleetwood Mac and the epic album, “Tusk;” Jim Morrison and the Doors; the Beatles in “Beatlemania;” and Kashmir: The Ultimate Led Zeppelin Tribute Band (yes, the ultimate!).

The band love continues all the way into autumn, with plans for tributes to Crosby, Stills, Nash and Young; and Chicago. Look for schedules and ticket information at www.infinityhall.com/Events.

For those who deeply love Led Zeppelin and aren’t satisfied with just Kashmir (the Ultimate Led Zep tribute band), the Towne Crier Cafe in Beacon, N.Y., has The PreZence which is an “authentic Led Zeppelin tribute experience,” on July 3.

Other tribute acts there this summer include Gratefully Yours (Grateful Dead) and a YES tribute show. In autumn, look for The American Pink Floyd Show.

For details, and for information on performances by non-tribute awesome acts including Steve Forbert, Iris Dement and Sloane Wainwright, go to www.townecrier.com.

And to all the tribute bands that recreate our favorite song experiences: We salute you!