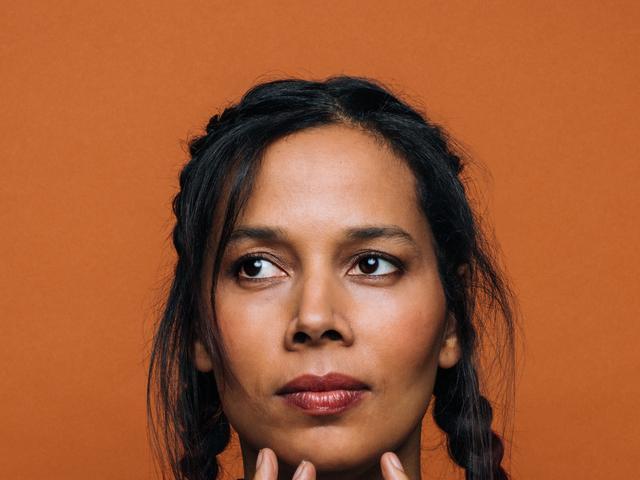 Although she is best known as a country/folk/blues performer, MacArthur “Genius” Rhiannon Giddens was classically trained. She is host of the “Aria Code” podcast, which makes opera relevant to the modern world. Photo from WNYC​

Music and Life, as One, in ‘Aria Code’

I could fill up a book with the reasons why so much of classical music radio sucks. There, I said it.

Or I could say “Sunrise” from Grieg’s “Peer Gynt Suite” and you’d probably get the idea — especially after the 1,300-and-millionth time you hear it on classical radio.

And then there is “Aria Code”: the glorious exception to the anodyne norm; a podcast. Not a radio program: A mighty little podcast that ought to start a revolution in radio.

Each episode of “Aria Code” takes a deep dive into a single operatic aria. Far beyond just a musical analysis, it explores the meaning of the music and lyrics – their universal humanity as well as their relevance for our times.

It is hosted by country/blues/folk musician and MacArthur “Genius” Rhiannon Giddens. That alone lifts it out of the realm of the ordinary. She is an engaging host whose enthusiasm for opera shines through and whose pronunciation of world languages is better than three-quarters of all the classical radio hosts I know.

In a recent episode, Giddens lined up four guests to guide us through the “Mad Scene” from Donizetti’s “Lucia di Lamermoor”: Natalie Dessay, a soprano who has sung it at the Metropolitan Opera; Mary Ann Smart, a music professor who wrote her dissertation on 19th-century operatic “mad scenes”; Phyllis Chesler, author of “Women and Madness”; and Melody Moezzi, an Iranian-American woman who chronicled her own experiences of bipolar disorder and mistreatment at the hands of the American health system in a memoir.

As with many of the episodes I have listened to, I found myself having to pull off the road to take in Moezzi’s heartbreaking story, through tears. The episode’s larger examination of how “madness” and diagnoses of mental illness have often been used to isolate and dehumanize women was riveting and illuminating.

All of this is set to beautiful music which, by the time it is performed in its entirety at the end of the episode (recorded at the Met with the guest singer), has taken on many new and rich meanings.

One of my favorite episodes featured the “Doll’s Song” from Offenbach’s “Tales of Hoffman,” which was the launch pad for a discussion of artificial intelligence — and how one of the guests, a psychologist, carried on a yearlong romantic correspondence with a Russian bot!

That “Aria Code” draws primarily from the well of 19th- and 20th-century European opera can be forgiven, and it has been adventurous enough to tackle Philip Glass and other modern pieces.

“Aria Code” is produced, ironically, by WQXR (the New York classical station) and the Metropolitan Opera. If even 25% more of classical radio was about making sense of music through modern ears — and hearts — I would listen raptly, even if it meant pulling over and being late to my destination.