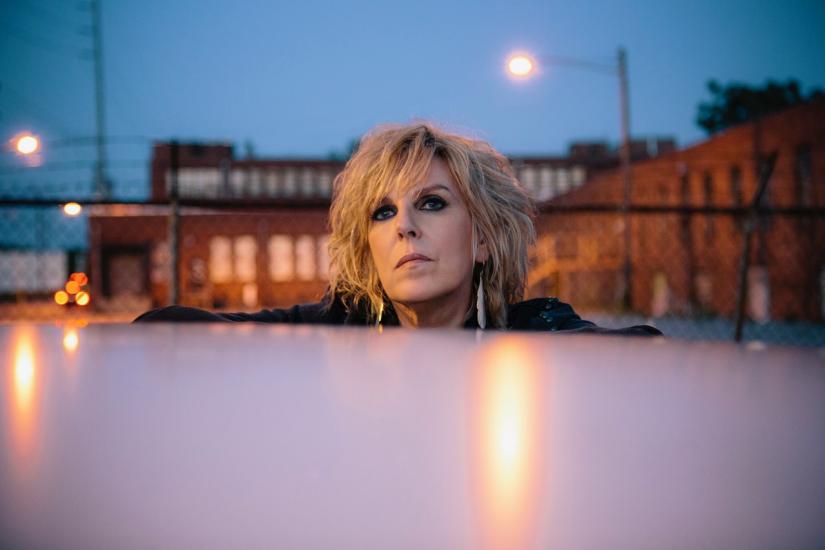 Rock/folk/country singer/songwriter Lucinda Williams has put together six shows exploring iconic music stars and styles as a fundraiser for performance venues such as the Mahaiwe in Great Barrington, Mass. Photo by David McClister

Lucinda Williams kind of epitomizes what we think of as American country music: Sassy, twangy and a little weary.

Like many performers, Williams has had some time on her hands because of COVID-19 and like many performers she is trying to find ways to support the concert and show venues across the country and around the world where she has performed during her long career (she recorded her first album in 1978 and is now 67; she is, in case you’re wondering about her thick molasses accent, from Louisiana).

She’s come up with a six-part fundraising series of shows that will begin on Thursday, Oct. 29, with streaming in our area at the Mahaiwe Theater in Great Barrington, Mass., and the Bardavon in Poughkeepsie, N.Y.

The shows promise to be in-depth and unexpected, with great singing.

For those who are unfamiliar with Lucinda Williams: Even music fans of a certain age who don’t consider themselves country music fans are devoted to her, and especially her album “Car Wheels on a Gravel Road,”  which won a Grammy Award for Best Contemporary Folk Album when it came out in 1998. My personal favorite song on that album (since you asked) is the title song; I also particularly like the title song from her next album, called “Essence.”

She also wrote the song “Passionate Kisses,” which was a hit for singer Mary Chapin Carpenter — and was the title song for Carpenter’s 1993 album (seeing a title-song trend here). Carpenter’s version is wonderful, too, but Williams’ version is more raw and raucous and gravelly.

The first four shows in the series have been announced already, and now that you know a little about her own work you won’t be enormously surprised by the singer/songwriters she’s chosen to honor in her series, which is called Lu’s Jukebox.

All the shows are ticketed, and are meant to raise revenue for the performance halls that have been pretty much shut down for months by the pandemic. The two local theaters that are participating are the Mahaiwe Performing Arts Center in Great Barrington, Mass., and the Bardavon Opera House in Poughkeepsie, N.Y.

In the press materials for the show, Williams says that, “We’ve actually wanted to do a cover series for a long time now, but never had the time with my touring schedule.

“I guess the silver lining in all of this has been to be able to really get inside the songs of some of my favorite artists — see what makes them tick. My hope for this project is that we’ll be able to help as many venues as we can. They’re our homes, as artists. We have to take care of them, for the sake of live music to come.”

Williams will also sneak in a few original songs or favorites from her catalog, when appropriate.

The basic ticket information is that you can buy one show for $20 (which is available to stream for 48 hours after the live stream). For $25 you can get the digital access plus an audio download of the show. For $30 you also get a physical CD of the show and for $35 you get a vinyl LP.

To stream the shows, beginning with “Running Down a Dream: A Tribute to Tom Petty” at 8 p.m. on Thursday, Oct. 29, you have to download a program called Mandolin. There are step-by-step instructions at the Lu’s Jukebox website, https://boxoffice.mandolin.com/pages/lucinda-williams-livestream-series?....

To order tickets and have them benefit the performance venue of your choice, go to the organization’s website, click on “tickets” and you will be linked to the box office website; then your theater will get the credit for your ticket purchase.