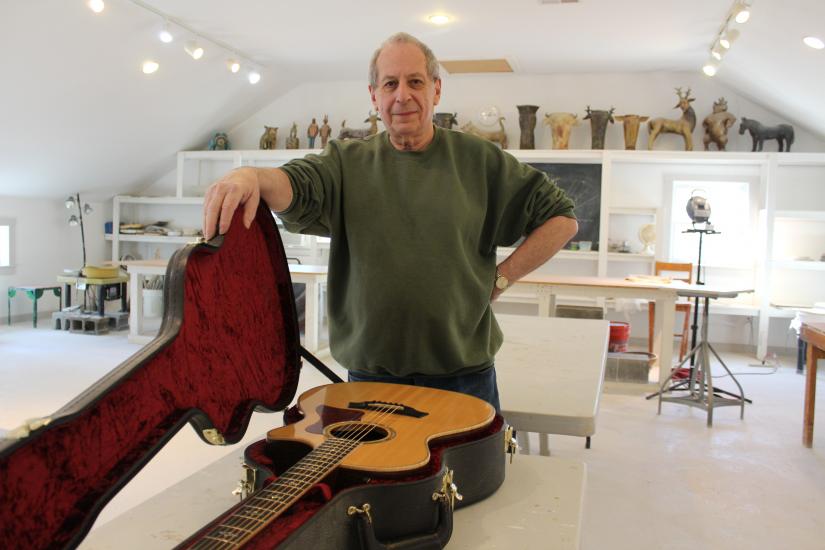 Steve Katz, blues aficionado and a founding member of both Blues Project and Blood, Sweat & Tears, will perform in an online concert hosted by Dewey Hall in Sheffield, Mass. on Saturday, Feb. 13. Photo by Debra A. Aleksinas​

A Journey Through the History of Blues and Rock

Steve Katz is probably most famous as a founding member of the 1960s/1970s mega group Blood Sweat & Tears. He’s not unwilling to share stories about those wild years as a rock and roll superstar — he does so ably in his autobiography, “Blood, Sweat and My Rock ’n’ Roll Years,” published in 2015.

But what he’s actually more interested in talking about is his earlier years as a (very) young musician in New York City’s Greenwich Village, when a new kid in town, Bob Dylan, was couch surfing and making a name for himself, and when Katz was learning from some of the masters of blues and folk music.

Katz has lived quietly in Kent, Conn., for many years now. He doesn’t stride around town in leathers and rock star jewelry; he’s a fairly low-key guy of a certain age, perhaps most famous in the area as the supportive husband of Alison Palmer, who is sort of a rock star herself in the local community of ceramic artists.

Katz will occasionally do concerts and shows in the Tri-state region, and he has one coming up on Saturday, Feb. 13, 7 p.m. on Zoom hosted by Dewey Hall in Sheffield, Mass. Admission to the online show is free, but donations are requested; Dewey Hall, like most entertainment venues, is struggling through the COVID-19 quarantine.

There will most likely be a smattering of Blood, Sweat & Tears lore, and perhaps a song or two that Katz wrote and performed with the band. He will probably talk a bit about his first band, the respected Blues Project. He might talk a bit about his days as a music producer for some of the most important names of the 20th century, including Lou Reed.

But mostly his shows are an intimate combination of stories and a timeline of American popular music, from the blues to classic rock.

To read more about Steve Katz and hear a sample of his music, go to https://stevekatzmusic.wordpress.com/about. To sign up for the Zoom concert, go to www.deweyhall.org.