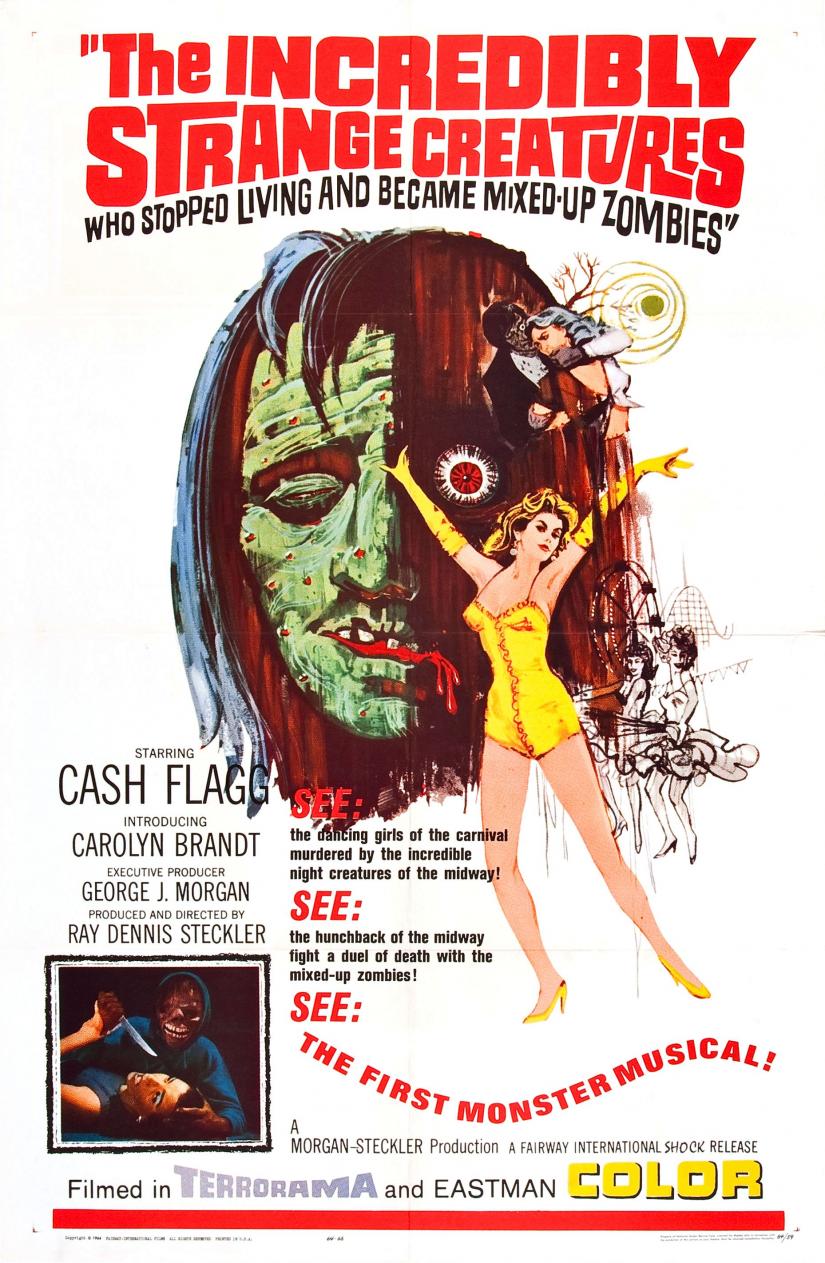 How To Survive a Pandemic, Part Two: Loving Weird Film

Back in the summer, I suggested some streaming and reading choices to combat the boredom of life during the COVID-19 pandemic.

The other day I was chatting (by phone) with someone who suggested I use my extensive knowledge of the world’s worst and weirdest films for a similar piece.

So while you wait for Phase 37z to commence so you can get your vaccine, why not pass the time with these astonishingly bad and/or bizarre movies, all available on the usual streaming suspects:

Starring the immortal Cash Flagg, this unsettling look behind the scenes of a circus is almost completely uncontaminated by a plot. It’s also a musical. (On Fandor.)

• “Dead Snow” (2009): Director Tommy Wirkola reanimated the Nazi zombie subgenre with this effort, which adds “frozen” to the description. A traditionalist at heart, Wirkola also relies on the timeless “stupid people in the woods” plot device, which provides the viewer with a comfortable perch from which to suspend disbelief. And you’ll need all the suspension you can get. Of course, it’s no “Zombie Lake,” (1981), which had nekkid volleyball, or “Shock Waves” (1977), which had Peter Cushing, but it will suffice. (On Amazon.)

You can have your “Citizen Kane” and “Battleship Potemkin.” Spare me your “Rear Window” and “The Third Man.”

Why? Because none of these so-called great films has a vertically challenged secret agent who escapes the bad guys by parachuting from a high balcony. With an umbrella.

Agent 3 ½, played by the immortal Weng Weng, is a big fan of the groin kick, that being the nearest area on the personal bodies of his assailants for a man of his stature to attack. (Weng Weng was 2 feet, 9 inches tall.)

But he’s also proficient with the mini machine gun and the mini samurai sword.

And the main villain clearly studied at the Moammar Qaddafi Institute of Fashion.(On Plex.)

• “The Wrestling Women vs. The Aztec Mummy” (1965): This film answers two questions that have always bothered humanity:

1) Can bad guys really run around on ancient Aztec pyramids in those pointy little shoes without tripping?

2) Can women in tight sweaters and Capri pants really save the world from an Ancient Evil?

The Wrestling Women get on the trail of some thugs in the pay of the evil Black Dragon who have swiped the sacred Aztec breastplate.

The chase goes hither and yon, with many fine wrestling sequences, some of them between the actors’ lips and the dubbed dialogue.

The Aztec Mummy is worth the price of admission alone. He makes a heartbreaking “waaargh” sound that really makes you wonder what it’s like to be locked for centuries in an airless room guarding a princess’ remains when all of a sudden bad guys in ill-fitting suits and pointy shoes, and female wrestlers in tight sweaters and missile-silo brassieres come barging in, stirring up the dust and generally making nuisances of themselves. (On Tubi.)

• “FDR: American Badass!” (2013): Relive the glory days of World War II with this unique take on the defeat of the Axis powers. With Werewolf Hitler, FDR’s armed wheelchair, and a guest appearance by Abraham Lincoln.

A classic from the fevered brain of Ross Patterson, the man who in 2015 reinvented the Western novel with “At Night She Cries While He Rides His Steed.” (On Amazon Prime.)