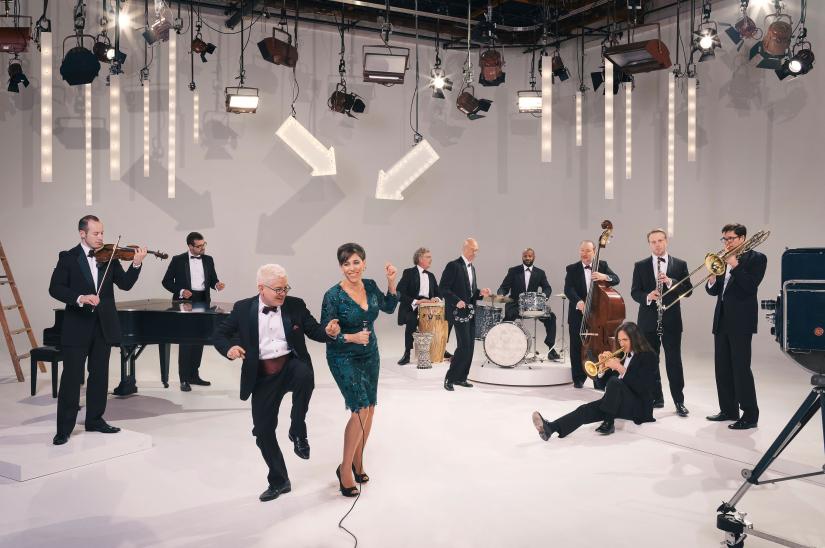 One thing we know for sure is that a majority of us will spend this New Year’s Eve at home.

But there’s no reason why that can’t be festive and fun. No doubt in the weeks to come there will be any number of “virtual” concerts announced for the night of Dec. 31.

I’ve already chosen my concert, though.

In this dull year of staying home too much and listening to the same music over and over, the one musical group I haven’t become bored with is Pink Martini, a band from Portland, Ore.

Pink Martini was created by pianist/bandleader Thomas Lauderdale but it’s probably most associated with its lead singer, China Forbes, and frequent guest singer Storm Large (and no, I don’t know if those are their birth names or their stage names).

The envelope of this group is extremely flexible and incorporates big band music, peppy little ballads, songs in the English language, songs in French, Portuguese, Italian and Japanese. In that sense it’s like one of those Putumayo collections from the 1990s, with diverse music from far corners of the world; but while those compilations always felt a little bit “improving,” the music of Pink Martini always feels like a smooth, fun and almost guilty pleasure.

It’s hard to choose a genre to put their music into, but if I had to I would say it’s a mix of light jazz and show tunes. They’re kind of campy but not quite; if you like the Austin Powers movies, you will probably like Pink Martini.

And anyway, what could be more appropriate for a New Year’s Eve concert than a band named after a cocktail?

As much fun as Pink Martini is to simply listen to, they are phenomenally fun to see live. This is a put-on-a-show kind of band, with glamorous 1960s eveningwear outfits and a rotating cast of musicians and singers who wander in and out of frame.

I saw Pink Martini several years ago at the Mahaiwe in Great Barrington, Mass., where they have performed several times.

This year, the band is doing two “virtual” concerts as fundraisers for the Mahaiwe. One will be tonight, Dec. 17, and the next will be on Dec. 31; both shows begin at 9 p.m. (a perfect time for those who plan to creep off to bed before the ball drops at midnight). They are two separate performances, but both are filmed in a studio in Portland in front of a 35-foot holiday tree.

Onstage for one or both concerts, at various points, will be Thomas Lauderdale and China Forbes as well as Storm Large, Ari Shapiro from NPR (yes, I’m surprised by that, too) and guest vocalists Edna Vazquez and Jimmie Herrod, Sofia von Trapp (from the famous “Sound of Music” von Trapps) and Cantor Ida Rae Cahana.