Skip to main content
THIS WEEK'S DIGITAL EDITIONS
Home / Home
Home » Compass Ae Music » Blues Project Is Back, and Taking it on the Road 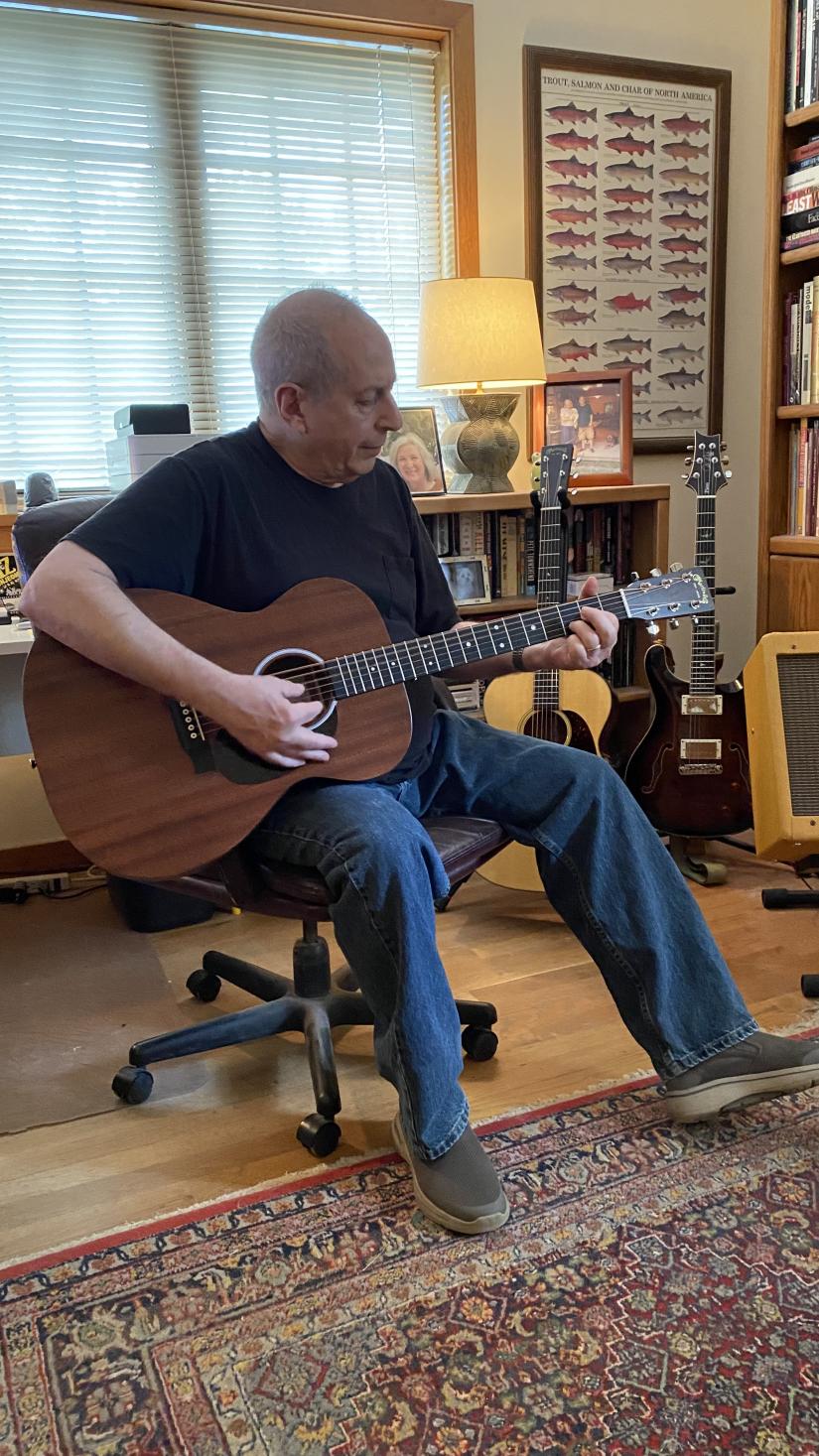 Steve Katz, a founding member of Blues Project, can still spend all day noodling around with his guitars in his home studio in Kent, Conn.  His band, Blues Project, returns this summer with a concert June 25 and a new album. Photo by Cynthia Hochswender

Blues Project Is Back, and Taking it on the Road

Katz and Kooper remained with BST for its early glory years (including the band’s performance at the original Woodstock). They then went their own ways, though the band continues to tour — with all new and much younger members.

“It’s essentially a tribute band now,” said Steve Katz, politely, sitting in his music studio/home office in Kent, Conn., where he lives with his wife, the ceramic artist Alison Palmer.

Make no mistake: Katz isn’t sitting around at home strumming his (many) guitars and talking about The Good Old Days. He keeps busy, making music, doing live solo shows (where he feeds his audience’s nostalgia for the exciting early days of rock and roll in Greenwich Village). He recently wrote a well-received autobiography, “Blood, Sweat and My Rock & Roll Years.”

And now he’s getting his old band back together — but that band is Blues Project, not Blood Sweat & Tears. Katz still speaks weekly with Blues Project drummer Roy Blumenfeld, who now lives in California. More than a half century after they first began making music together, they decided that now was the time to do some live shows and record an album.

The new Blues Project band also includes Chris Morrison (vocals and lead guitar), Ken Clark (piano and vocals) and Scott Petito on bass. All three are younger than Katz and Blumenfeld — but old enough to have experienced live music in a pre-computer age.

He isn’t talking about soul as a musical genre; he’s referring to the spontaneous magic that occurs when a bunch of musicians come together on a stage or in a studio and unexpected things just … happen.

Blues Project itself is largely electric, not at all an unplugged throwback to the early days of American roots music.

Rob Buccino, who writes about music for Compass arts and entertainment, described the band as, “anchored (like Cream) in high-volume cover versions of blues classics. Blues Project was also among the first bands to blend jazz themes with rock instrumentation, an early forerunner to jazz-rock fusion, at a time when psychedelia/acid rock was washing over the country.”

The new Blues Project began touring last year, and they will meet up in a couple weeks at Petito’s recording studio in Woodstock, N.Y.

True to the roots of Blues Project, the plans for the album are not exactly set in stone.

There is no definite list of songs. All the musicians are coming up with ideas; some of the final choices will probably get made on Saturday, June 25, at 7 p.m. when the band is doing a live gig at The Falcon in Marlboro, N.Y. (www.liveatthefalcon.com).

No one is overly stressed out about what the album  will eventually become. Part of the fun of Blues Project and of live music in general, Katz believes, is the unique chemistry that happens when a bunch of musicians get together.

“I’m as curious as anyone else might be as to what will happen,” Katz said happily. “That’s the thing about Blues Project: We never know how it will turn out, but we know it will be fun.”

Buccino agrees that this  fluid approach to making plans lies deep in the DNA of Blues Project.

“They were among the first ‘jam bands,’ inspiring others to break out of the then-dominant 3-minute popular song mold,” he said.

Also true to the legacy of Blues Project, much of what the band plays will be electric — but not all of it, Katz said,  noting with understatement that, “We’re pretty eclectic.”

Blues Project will continue to tour this year, primarily in the Northeast. A West Coast tour is a possibility next year.

And this October, there will be a new album — pressed on CDs.

“CDs still seem like a new thing to me,” Katz sighed. He assumes the album will eventually become available on streaming.

The band is also using a modern innovation to raise money for studio time: They need $12,500 and have started a Kickstarter campaign. Anyone who would like to contribute can go to www.kickstarter.com/projects/bluesproject/the-blues-project-the-new-albu....