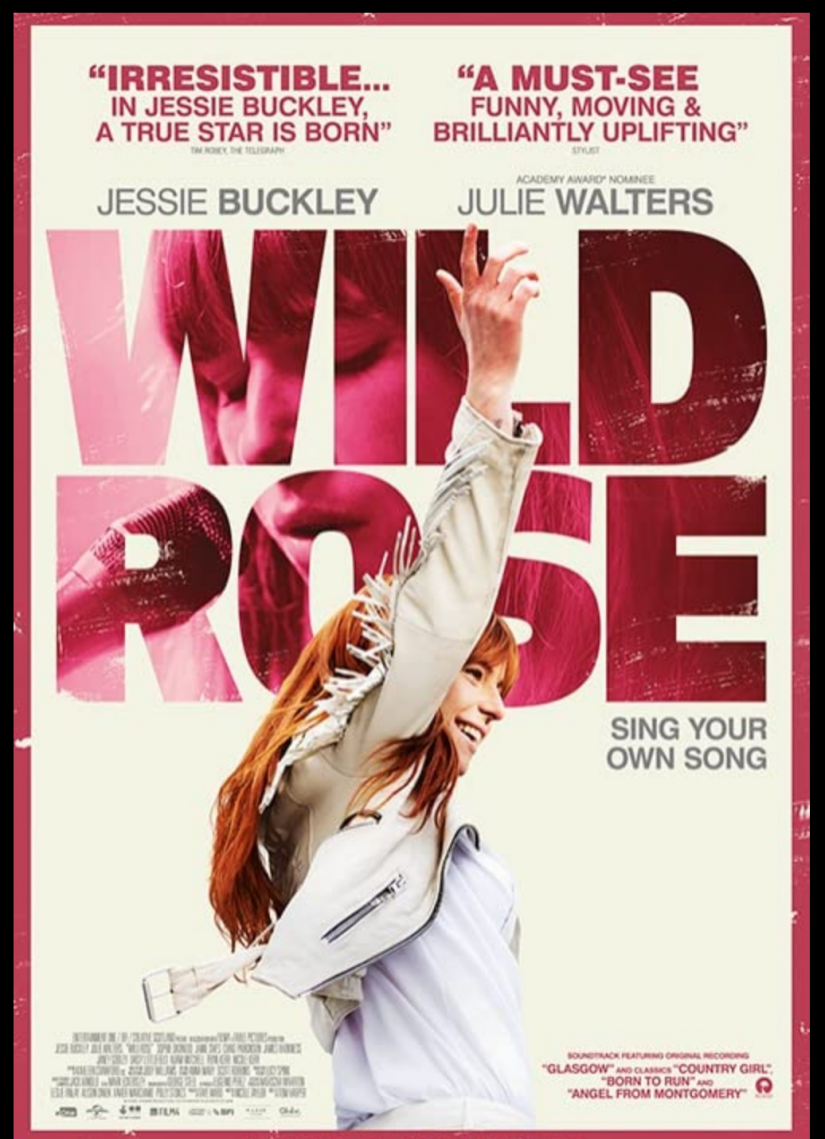 If you don’t know Jessie Buckley and Julia Garner, you should introduce yourself immediately to these amazing actors. You will get to know them best via two fine films that never found the audience they deserved.

You may have seen Jessie Buckley as the young mother in “The Lost Daughter,” which earned this 33-year-old Irish actress a 2022 Oscar nomination for Best Supporting Actress. You will see all her thrilling talents displayed in “Wild Rose,” an acclaimed but little-known 2018 British film written by Nicole Taylor and directed by Tom Harper

Here she plays Rose-Lynn Harlan, just released from a Glasgow prison on a mistaken charge of drug smuggling and reunited with her two young children. She has lost her job with a band at Glasgow’s Grand Ole Opry but aspires to be a country singer in London or even Nashville. “Life is three chords and the truth,” is her mantra.

Some of these dreams are realized. She makes a recording that gets her to London and eventually travels to Nashville, where there is a stirring turning point on stage at the Ryman Auditorium. But it’s only a moment, and real life intrudes in the heartbreaking scenes that follow.

Buckley is a terrific singer who recently received the Laurence Olivier Award for her role as Sally Bowles in the West End revival of “Cabaret.” An important bonus here is the soundtrack, which includes several original songs plus covers of songs by country artists like Emmylou Harris, Wynonna Judd, and Hank Snow. My appreciation of country music runs no deeper than a few classic numbers by Johnny Cash and Hank Williams (“Settin’ the Woods on Fire”), but I loved this movie, and so will you. Stream on Hulu, rent on Amazon, Apple, others

Julia Garner is best known for her role as Ruth Langmore in the Netflix drama “Ozark,” which won her an Emmy for Best Supporting actress. She has a starring role in “The Assistant,” a 2019 film directed by Kitty Green.

She plays Jane, a recent college graduate who has been hired as executive assistant to the demanding Boss of a film production company. The film opens before dawn as Jane enters its downtown New York office, turns on lights, tidies up and makes coffee. The day goes on; the office fills with production assistants, and Jane continues with many stressful and demanding menial tasks. The Boss is seen and heard only through several angry intercom calls and emails.

When she realizes that the Boss has been having sex with young female visitors, Jane reports it to the HR director, played to perfection by Matthew Macfadyen (Tom in “Succession”), who offers a defining moment in gaslighting as he manipulates her into not filing a report.

I won’t reveal what happens next except to say it’s both surprising and inevitable. This is one of the most understated films I’ve seen, but it gains power from Garner’s performance as the victim of abuse inherent in her job.

The events and workplace depicted are obviously based on Miramax producer Harvey Weinstein, whose 30 years of sexual abuse finally ended with a conviction for sexual assault and rape in 2020. But there are many powerful men in Hollywood and TV who treated women in similar fashion. This critically acclaimed and important drama about the #MeToo movement did not receive one Oscar nomination. Stream on Hulu, rent on Amazon, Apple.