Skip to main content
THIS WEEK'S DIGITAL EDITIONS
Home / Home
Home » Compass Ae Movies » A Trail of Memories, from General Patton to His Own Family History 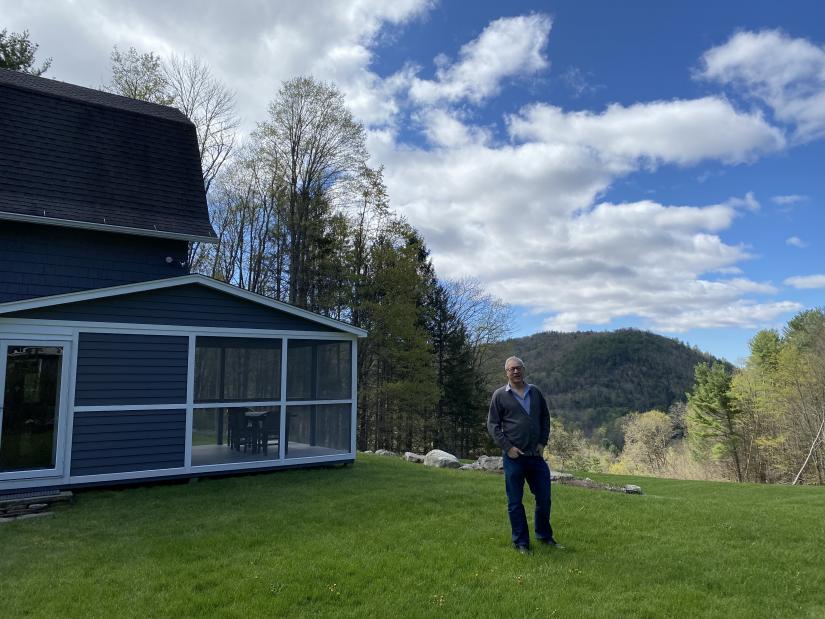 Jurgen Kalwa is writing a book about Ladislas Farago — who wrote the book that became the film “Patton” while living in what is now Kalwa’s house in Sharon, Conn. Photo by Cynthia Hochswender​

A Trail of Memories, from General Patton to His Own Family History

An unpaid bill for snow plowing at his home in Sharon, Conn., led journalist Jurgen Kalwa on a trail that ultimately led to World War II General George S. Patton.

Kalwa told his story to an online group at an event sponsored by the Hotchkiss Library of Sharon on Sunday, May 2.

The 1970 biographical film “Patton” was based on a book, “Patton: Ordeal and Triumph” by one Ladislas Farago, who rented the house in Sharon now owned by Kalwa.

He wrote the book there — and failed to pay the snow plowing bill.

Kalwa discovered this when he hired the same person to do some landscaping work.

Kalwa said Farago was a fairly prominent writer and personality, gaining some notoriety in the 1970s with his claim that Adolf Hitler’s factotum, Martin Bormann, was alive and well and living in Argentina.

This story subsequently “blew up in his face,” Kalwa noted wryly.

Farago got hold of the typescript of Patton’s unpublished wartime diary for his book. And while writing the book, he was being sued by Patton’s family in federal court.

Eventually a settlement was reached that precluded the use of “anything that looked like a verbatim quote.”

Despite that condition, the book provided “a very strong window” into Patton’s military career.

The film “Patton” premiered in late 1969 and was in general release in early 1970. At the 1971 Academy Awards, “Patton” won seven awards, including best picture and best actor. George C. Scott, who played the general, famously refused the award.

Kalwa said Farago was paid $75,000 for the rights to his book — a substantial sum for the time. Producer Frank McCarthy tapped the young and obscure Francis Ford Coppola to write the screenplay.

Kalwa said the story behind the book and movie appealed to him as a journalist and a “postwar German.” (Kalwa produced a documentary on the Farago connection and Kalwa’s subsequent  discoveries for German radio.)

Kalwa said he was “battling” with the legacy of German history and his family’s history.

“I grew up with questions and have pursued answers.”

Kalwa said Patton was out of step with his superiors. “Politically, he was a weirdo.”

In charge of Bavaria after the war, he went against the de-Nazification tide and used former Nazi government officials to help with the rebuilding effort.

And Patton wanted to keep fighting — against the Soviet Union.

This was “politically impossible,” Kalwa said.

But from Kalwa’s point of view, Patton had one dominant characteristic:

“He helped to kill Nazis.