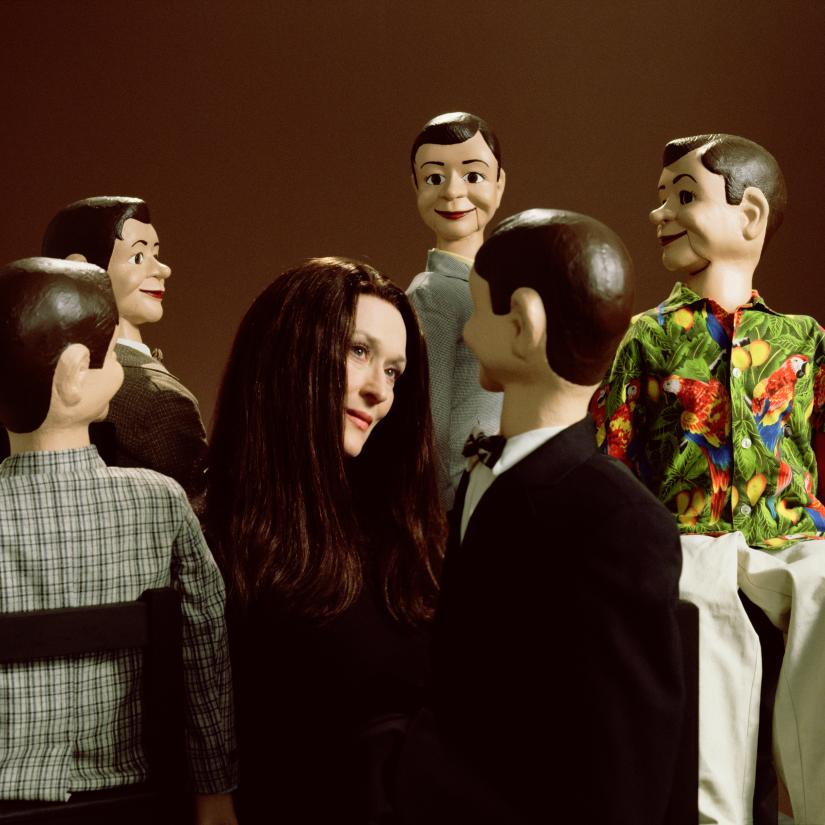 Meryl Streep brings to life the  2006 short film “The Music of Regret”by photographer/artist/filmmaker Laurie Simmons. The film will be screened Saturday, Jan. 9, and followed by an interview with Simmons and her daughter, Lena Dunham.  Still photo from ‘The Music of Regret’

Simmons, Streep and Dunham and a Jan. 9 Film & Fundraiser

The Northwest Corner of Connecticut has more than a normal number of well-known artists. Some know each other, some don’t; some work together on feature films or television programs, others never cross professional paths with their peers.

A fundraising Zoom event for the Cornwall, Conn., public library on Jan. 9 will bring together three disparate artists in one combination film screening and live interview.

Laurie Simmons is a respected artist whose work often includes dolls and ventriloquist dummies. In 2006, the Cornwall resident made a short film featuring the dolls and dummies; The Alvin Ailey II Dancers, an arm of the famed modern dance company that features newer dancers; and the actress Meryl Streep, who is, well, Meryl Streep and, among other things, an area resident.

Streep sings and performs in “The Music of Regret,” a film made by Simmons (who also wrote all the song lyrics) that explores “love, interpersonal dynamics, problems with neighbors, and of course, regret,” according to the press release sent out by the Cornwall Library.

That’s a lot of information to digest about a 40-minute film and a 90-minute fundraiser. To help viewers unpack it all, the screening of the film will be followed by a conversation between Simmons and her daughter, Lena Dunham, an actor/director/writer who is known for her HBO television series, “Girls.”

Dunham’s father and Simmons’ husband (just to add another layer of complexity) is the painter Carroll Dunham. He will not take part in this particular fundraiser; neither will Cyrus Grace Dunham, Lena’s sibling, who was also in “Girls.”

The screening and interview will be on Zoom on Saturday, Jan. 9, from 4:30 to 6 p.m. Viewers can send questions in during the post-film conversation. The cost is $20 per household/computer screen. This is a benefit for the Cornwall Library in Cornwall, Conn., but residents of all towns are welcome to participate.

To register, go to the “events/programs” page at www. CornwallLibrary.org.