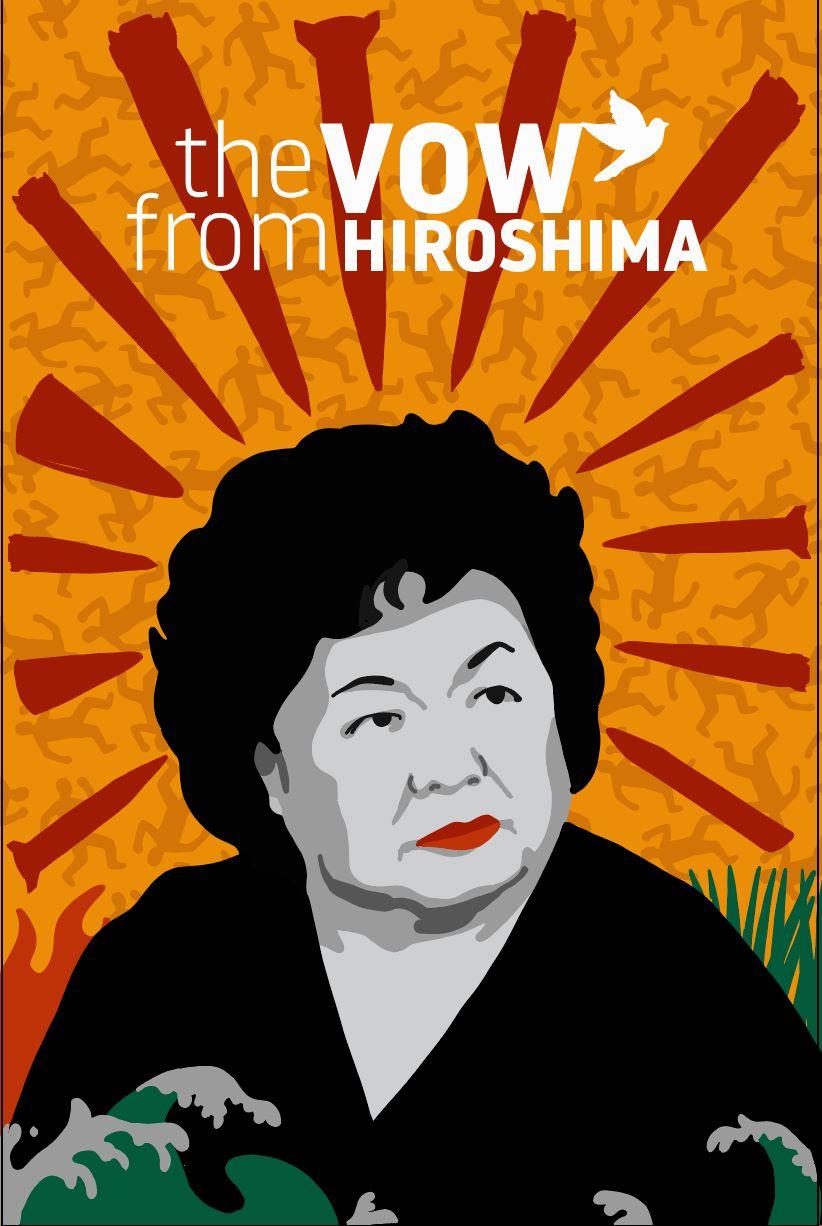 On August 6, 1945, America dropped an atomic bomb on the Japanese city of Hiroshima killing over 70,000 citizens from both the blast exposure and the effects of radiation. A survivor of the bombing, 91-year-old Setsuko Thurlow has made nuclear disarmament her life’s mission, earning her The Nobel Peace Prize in 2017. Her story is documented in the film “The Vow from Hiroshima,” produced and written by Mitchie Takeuchi and directed by Sharon, Conn., resident Susan Strickler. I spoke with Takeuchi and Strickler in anticipation of a screening of the documentary for The Salisbury Forum.

Alexander Wilburn:  Can you tell me about your first time meeting Setsuko Thurlow and how "The Vow from Hiroshima" came about?

Mitchie Takeuchi: The first time I met her was through the a program called Hibakusha Stories, hibakusha meaning the survivors of the atomic bomb. I met Setsuko through this educational program where she was going to speak at New York City high schools to share the hibakusha experience as a survivor firsthand. I was there as an interpreter — Setsuko didn’t need an interpreter, but there were other survivors from Japan so I was helping them.

Susan Strickler: Mitchie got me involved with Hibakusha Stories. As a group we went to a program at the Truman Little White House, and that was the first time where I really spent more time with Setsuko. At first I think she found me to be too opinionated, so we didn’t initially have the most warm and fuzzy relationship, but eventually we did. We did a trip to Vienna, which is portrayed in the film, where she was the keynote speaker at two major conferences. Her husband had recently died and she was trying to find a new balance in her life. Her husband had helped her write her speeches. She was saying “I don’t know how much longer I can do this, and I don’t really see myself writing a book.” I told her, she’s so charismatic, and she is both fierce and a delightful person to spend time with, someone should make a documentary about her. But I was a soap opera director, I certainly wasn’t thinking of myself. Then the next year in 2015 she was nominated for the Nobel Prize and was also going to be a part of the Nuclear Non-Proliferation Conference which meets every five years, plus it was the 70th anniversary of the dropping of the bomb — it seemed like there was a lot happening and someone had to capture it. So without a script or money, I enlisted someone I knew through New York Women in Public Television who was a camera person. Over time, Setsuko and I became very close. I had quibbled in the beginning with the way she talked about certain things. She gave a speech at the Truman White House and we had an argument about that.

AW: What was the conflict?

SS: During her speech she referred to the dropping of the bomb as a war crime and compared it to the concentration camps. And some people got up and left because they were offended. Americans are still very sensitive about owning the fact that they were the first to drop the bomb. It may be what she thinks, but I didn’t think it was judicious of her to say that.

AW: In the film she talks about not wanting to be a figure of tragedy and sympathy, but focus on pushing policy forward. How did you balance that while also conveying the horror of her past?

MT: When we started to make the film we were purely focused on following her life because it was more like an autobiographical piece. It was a substitute for her wanting to write a book. We weren’t necessarily trying to capture the nuclear ban movement, but as it started moving forward very rapidly with the Nobel Prize, it became part of the narrative.

SS: When we started we were purely looking at Setsuko’s story to understand the humanitarian impact of nuclear weapons, but we were frequently shocked while filming how little Americans knew about the bombing — we had an adult say, “I didn’t know there were survivors.” People didn’t know that the U.S. occupied Japan for several years.

AW: What' the reaction been from the younger generations as you’ve shown the film? For students there seem to be a barrage of threats, from gun violence in schools to climate change, have you found it impacts the way they view the topic?

MT: We’ve shown the documentary to university and high school classes and the reception has been so encouraging. Gen Z are so surrounded by environmental issues and violence, they’re much more open to listening to our stories because I think they can relate to it.

AW: That’s what I was thinking while watching the film.

MT: It is a very realistic scenario for them, especially because of the environmental impact of nuclear weapons and climate chaos. I think young people are able to see through a lot of political elements for the sake of saving the planet. It’s very  encouraging.

SS: This film started with the program called Hibakusha Stories, and the survivors couldn’t really go on because they’re in their late 80s and 90s, and Setsuko, who is still very engaged in the movement, has started to use the film as a way to tell her story. It really saves her emotionally, and frees her to focus on policy, which is what she’s really interested in now.

AW: In the film we see Setsuko being awarded the Nobel Prize with ICAN (The International Campaign to Abolish Nuclear Weapons) director Beatrice Fihn. Fihn told Time this week that she feels the possibilities of banning nuclear weapons have backslid. Since the invasion of Ukraine, do you feel the conversation around the film has changed?

MT: I think audiences are way more engaged in this subject now. Ever since Donald Trump and North Korea, there's been a shift in awareness, but particularly with the invasion of Ukraine and Putin using nuclear weapons as a threat, people in the United States are so much more interested. It’s unfortunate, but we really do need to utilize this awareness.

SS: When we started making this film, and we were going to foundations trying to get grants, we were frequently met with “Nuclear weapons? That’s so 1980s!” It was very discouraging and we always felt like we were pushing a rock up a hill. Now there’s so much more interest, and even though Beatrice may be saying it’s harder to advance policy towards disarmament, I think more people realize there’s a need. The general population, who were kind of asleep until Trump and then the invasion of Ukraine, they’re awake.

Screening and Q&A on Jan. 15 at  The Moviehouse in Millerton, N.Y.