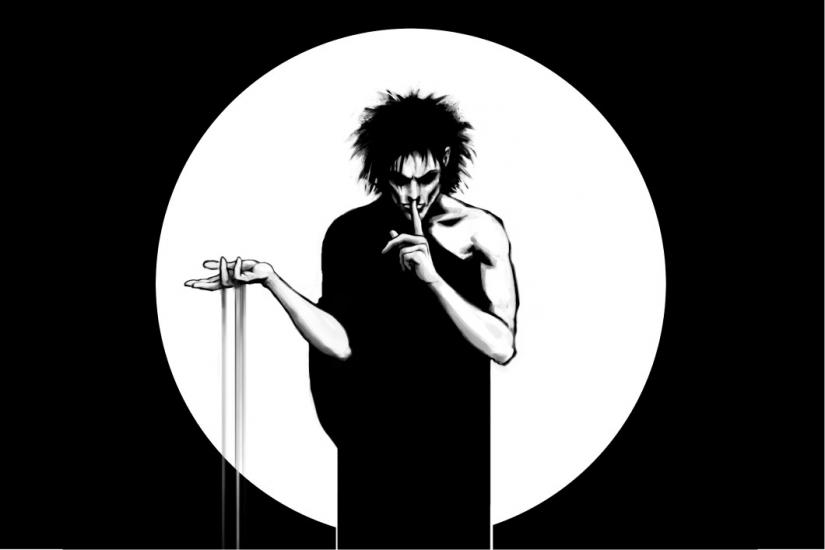 My entry into the Sandman Universe started with Death. This seems a little backward in any world where life begins, extends and then ends. But for Neil Gaiman, whose mind is folded with drapes of fantasy, a tilt in the timeline is as commonplace as making tea.

“Death: The High Cost of Living” came out in March 1993. It’s a spin-off comic series with three issues, featuring the lovely character Death. Death, obviously, has been done many times in storytelling’s history. Gaiman reversed this archetype.

In summer 2021, I was doing a lot of sprawling like a deflated something on my couch. My mom decided comics was the cure.

Though “Death: The High Cost of Living” is an extension of Gaiman’s comic series “The Sandman,” started in 1989, she’d thought I ought to read about Sandman’s sister first.

First, Death is an older sister to Dream, who has other names too — as do most Gods. Try Sandman or Morpheus.

They are two of the seven Endless, siblings who embody the most powerful forces of the known universe — the D.C. universe, that is.

Death, however, is not a grim reaper. She does not wear an ominous cloak, hiding a face assumed to be a skull with void eyes.

She’s inked as a teenager, with a coy smile. She wears black, with some swirling eyeliner; sometimes she’ll carry a matching dark umbrella. She’s also bubbly, optimistic, and loves people. Life gives so much, so live it. That’s her shtick, and it’s not so contradictory if you think about it. Undeniably, her job is to take all souls at their ends, and for that reason she might be the single individual who sees life with the greatest shine.

I enjoyed her story, so I started “The Sandman.” I also plastered her face to my college dorm wall. It’s a great conversation starter.

“Oh, Death’s in there,” I say. Once it really scared a boy who used to like me. Shame.

In volume one, “Preludes and Nocturns,” Dream — lord of dreams, stories and the dreamworld — is captured.

Roderick Burgess, the Lord Magus of the Order of the Ancient Mysteries, is the fool that imprisons Dream. It’s foolish because Burgess wants to summon Death; and because he confuses his clumsy title as meaning he is actually greater than an eternal being.

The volume unfolds with a type of hero’s journey. Dream cleverly plays with Lucifer. There’s an Arkham Asylum feature. And Death berates Dream for moping once his quest finishes. Just find a new story; life’s so great, she basically says.

In the fall, I wrote a column for my college newspaper about the series I had fallen into in those late months of summer.

I spent most of the semester struggling with a 500-word count and accepting that no one would really read a niche column on a horror comic.

Although I did receive one piece of mail about it: “Just wanted to say I appreciate your Sandman articles. It’s nice to see a spotlight on a classic before its Netflix adaptation.”

Netflix is adapting Sandman for a summer 2022 release, with a season covering the first two and half volumes of the original 10-volume series.

Gaiman has tackled the screen before. Think “Coroline” (or don’t if it gave you nightmares). “Good Omens” brought joy, but I’d love David Tennant through all of time and space. Speaking of which, Gaiman has also written for “Doctor Who.”

Perhaps I just lost some people in that list of subtle sci-fi references. The point is that Gaiman can write; but always there’s worry when a beloved piece of storytelling moves to television.

Still, there’s much to look forward to. Gaiman can write, and he did write Netflix’s “The Sandman” with Allan Heinberg and David S. Goyer. It’s an all-star-team.

I came back from college excited. I’d finished a semester free of my stressful, stubborn Sandman column, and it was summer. So, my mother took me to see Gaiman in the flesh. It made sense. At the Bushnell Theater in Hartford, Conn., we listened to him talk for two hours.

What stuck — with his immaculate BBC radio voice — was his fantastic storytelling. Gaiman told a story about his late friend, and the co-writer of “Good Omens,” Terry Pratchett. I laughed, teared up a bit, and suddenly wished for a peculiar friend to write a book with.

I dream like anyone, so I can say I’d dream of an adequate television representation of Sandman. But Gaiman’s taught me that dreams are never that simple. That’s OK though. I can happily live and die with that.