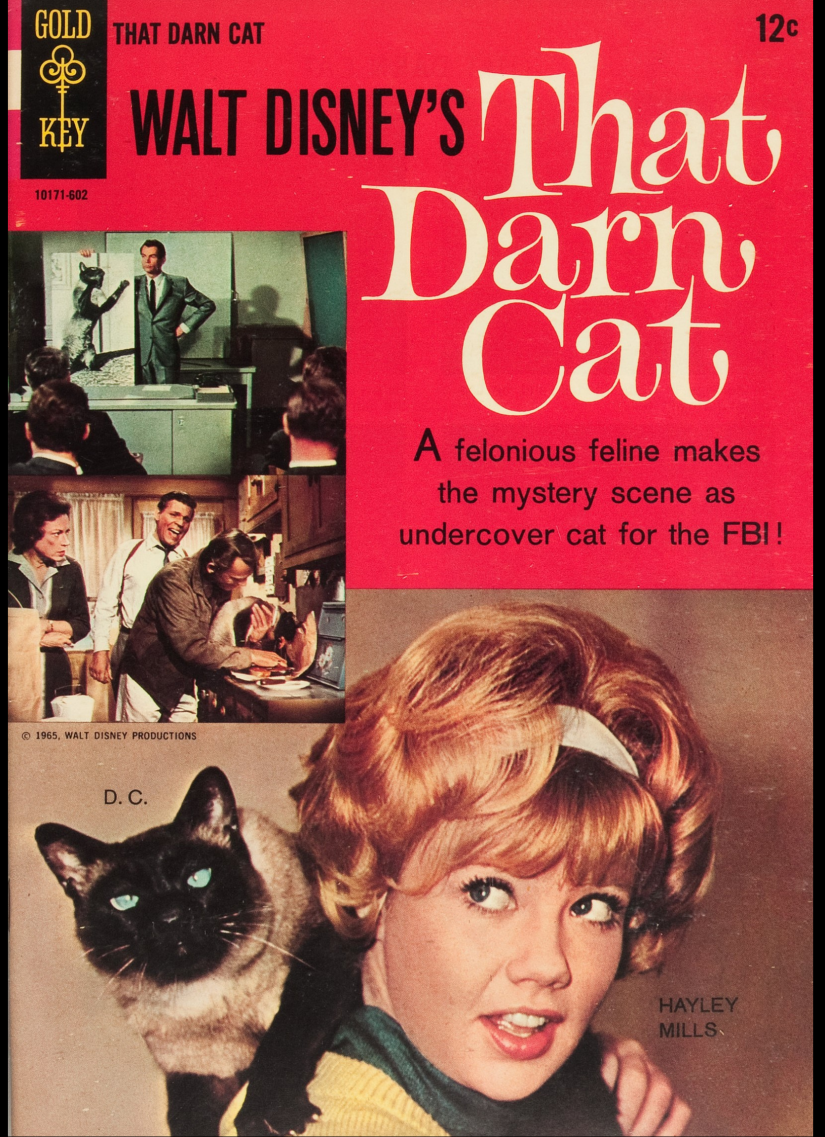 Even the most modern families can enjoy watching old- fashioned family classics like “That Darn Cat” from 1965. Image from IMDB

Every August for 19 summers, my family and I would pack up my grandparents’ car and embark on our annual family vacation to Rhode Island.

It’s been almost seven years since our last trip together, but I can still picture our favorite beaches, summer rentals, traditions and routines as if we’d never left the beach.

We lived for the days spent body-surfing, boogie-boarding and walking barefoot down the jetty. There was enough magic in those family vacations to make even the cloudiest days worth remembering.

On those days when the rain canceled our beach plans, you could find my brother and I trying to best our grandmother in Dogopoly (Monopoly with a dog theme) or defeat our mother in Kings in the Corner (a futile effort).

Before there were streaming services or even Netflix DVDs, our mom would take us to the video rental store down the road and pick out a few classics to keep us entertained. From the titles we watched and rewatched over countless summers, here are a few that today’s families might enjoy watching together.

It’s been years since I last saw “That Darn Cat!” and I’ve been keeping the memory alive by singing the opening theme whenever I catch our cat, Eska, patrolling the house.

Anyone living in a small town might know an animal like DC (short for Darn Cat), the four-pawed protagonist of this 1965 classic — the kind of creature that goes sauntering around town, swiping food and finding adventure in unexpected places.

For DC, adventure strikes when he follows a bank robber home and finds that he and his partner-in-crime are holding a bank employee hostage. Inscribing a message on the back of her wristwatch, the hostage slips the watch around DC’s neck in place of his collar and sends him out into the world.

DC returns home to his curious owner, Patti (played to perfection by the iconic Hayley Mills), setting in motion a wily, watch-able investigation.

It’s the kind of feel-good family film that’s difficult to recreate these days, between the antics of an acclaimed cast (including Dean Jones and Roddy McDowell) and the way DC leads (and frequently derails) the investigation.

Still, as is sung in the film’s theme song, the cat’s “been paid every accolade / And he’s earned all his acclaim.”

“That Darn Cat!” is currently available for viewing on Disney+.

“No Deposit, No Return”

Another Rhode Island favorite that combined comedy and crime was the 1976 film “No Deposit, No Return,” starring Darren McGavin (best known as the “award” winning father in “A Christmas Story”), Don Knotts and David Niven.

Expecting to be picked up from school for Easter vacation by their mother, siblings Tracy and Jay are unenthusiastic when they hear they’ll be spending their vacation with their billionaire grandfather, who’s equally displeased to have to watch them.

At the same airport where the siblings are due to meet their grandfather’s butler, safecrackers Duke and Bert are trying to crack the airport safe. In their escape from the airport, they end up in the same taxi as Tracy and Jay, who’ve escaped with plans to reconnect with their mother.

Thinking they could benefit from one another, the children hatch a plan to write a ransom note to their grandfather with hopes of receiving enough money to allow them to fly to their mother in Hong Kong and to help the safecrackers pay off a gangster. Add a car chase, some judo and a pet skunk named Duster and you’ve got a crime comedy that’ll leave everyone laughing.

“No Deposit, No Return” is available to rent through Amazon Prime Video and Apple TV.