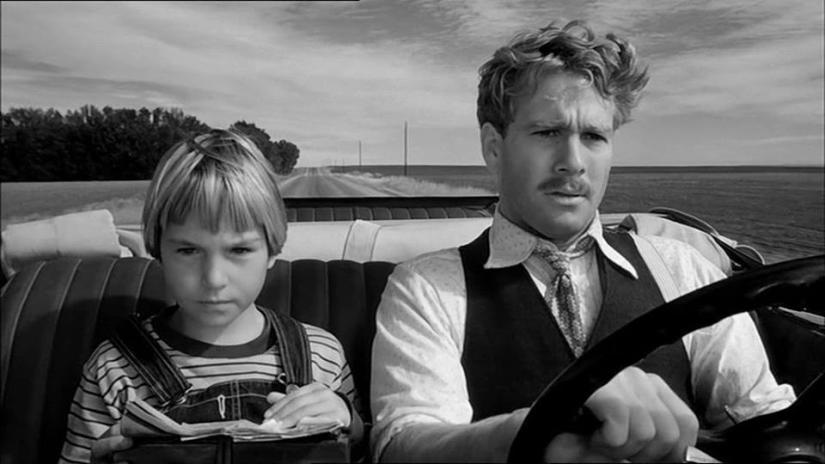 Ryan and Tatum O’Neal bicker their way across Kansas and Missouri in the 1973 film, “Paper Moon.” Photo from IMDB

Come Along for the Ride on Aug. 12 with ‘Paper Moon’

The Boondocks Film Society (BFS) is a curious little family, one that has no apparent roots but has enormous love — for the diverse members of its film-fan community and for the cult films that those members love to watch, together.

Founders Jeff Palfini and Cindy Heslin choose offbeat productions, most of which celebrate the quirkiness of adults and teens who live slightly on the outside edges of normal society.

For the screening locations, they select outdoor venues that fit the theme or feel of the featured film. There are always movie-appropriate food and drinks available at the pre-show party.

The August Boondocks film is Peter Bogdanovich’s 1973 comedy, “Paper Moon,” starring Ryan O’Neal and his 10-year-old real-life daughter, Tatum — who won the Oscar for Best Supporting Actress for her portrayal of Addie Loggins.

Addie is the gritty young temporary ward of O’Neal, a con man traveling through the Midwest during the Depression. Her mother has died; it’s up to Moses Pray to get her safely to the home of relatives in Kansas.

The always hilarious Madeline Kahn comes along for part of the ride, and Randy Quaid makes a brief appearance.

The black-and-white photography by Laszlo Kovacs (“Easy Rider,” “Five Easy Pieces”) is both bleak and gorgeous. The script was adapted by Alvin Sargent (who wrote “Ordinary People”) from a novel called “Addie Pray.”

The setting chosen  for this Boondocks screening is South Farms in Morris, Conn., which is near the county seat in Litchfield. The barn at the center of this wedding and party venue is vast and white and feels like a super-glamorous version of an old-time Midwestern barn.

For the pre-screening happy hour there will be a band playing 1930s jazz; film-inspired food; and movie-themed craft cocktails. It’s hard to imagine what food will match up to “Paper Moon.” One can only assume that wheat will be involved.