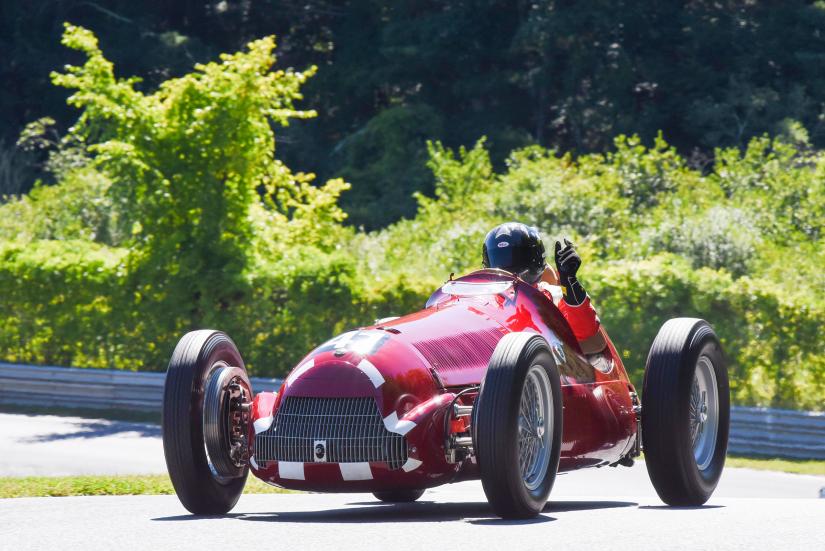 Cars vintage and new are once again competing fiercely on the race track at Lime Rock Park. Photo by Lans Christensen​

Racing Back To ‘Normal’ At Lime Rock Park

Lime Rock Park race track in Salisbury, Conn., has three premier events on the calendar for its 65th year with all promising a full weekend of racing entertainment.

As reported in The Lakeville Journal’s April 8 edition, the track is under a new ownership group. Skip Barber, whose name is synonymous with Lime Rock, will remain a stockholder and will continue to be a significant part of Lime Rock’s planning and future. But majority ownership is now in the hands of Dicky Riegel, Charles Mallory and Bill Rueckert.

Motor racing fans and Lime Rock devotees can rejoice, as the familiar hillsides will be fully open after a yearlong COVID-19 hiatus. Blankets and chairs are all that will be needed to see top professional racing cars and drivers doing their utmost to conquer this challenging 1 1/2 mile circuit.

Riegel, who is Lime Rock’s new CEO, has been a fan of the track for years, and he feels the same way that everyone else feels after a year of quarantine: It’ll be great to get out of the house again.

“Lime Rock Park,” he said, “is the perfect venue for spectators to finally get outside after too many months of confinement.”

Back to the races! The first event of the year was the Trans-Am races on Memorial Day weekend. Trans-Am has always been one of Lime Rock’s favorite events, and has a great history of great drivers and great competition. Mark Donohue, Peter Revson and, of course, Sam Posey  of Sharon, Conn., thrilled fans for many of these classic races. Posey is a Northwest Corner, Conn., native and in addition to being a respected racer and then commentator on television’s Speedvision, he also designed many of the buildings that surround the track.

The Trans-Am is the big battle of “muscle cars” — Ford and Chevy are the two defining gladiators every year and 2021 was no exception. In addition there were Porsches, Aston Martins, BMWs and more.

Still to come is the summer’s second premier event: the IMSA Northeast Group, on July 16 and 17. These are the closed-wheel, closed cockpit, prototype pure race cars, that compete in the classic 24-hour races such as Daytona and, of course, Le Mans.

Acuras, Ferraris, McLarens  and Porsches will race in their respective groups while the top of the competition will be the GTLM and GTDaytona classes in a 2-hour 40-minute race.

The third event, and always a highlight at Lime Rock, will be the 39th Historic Festival on Labor Day weekend, Sept. 3 to 6.

The weekend traditionally kicks off with the parade of the exquisite historic treasures around the local roads, from Lime Rock (which is one of the five villages of Salisbury, Conn.) to nearby Falls Village, Conn., giving everyone  along the 17-mile route a chance to see these cars roll through the neighborhood.

Vintage marques from the 1930s through the 1950s, with many even older than that, participate in the weekend’s “races.”

Fierce, fender-bending competition may not be quite as evident between these drivers, many in historically significant, irreplaceable examples.

“Sunday in the Park” is one of the best parts of the weekend: Literally a thousand cars of every marque line the track and can be examined and enjoyed “up close” and with informative owners ready with history and anecdotes about their cars. The judging of the cars entered in the Concours d’Elegance takes place that day, with prizes awarded in many categories — with, of course, a “Best In Show” that is always an important and historically significant automobile.

Rest assured that all health and safety protocols are in place to ensure your enjoyment. If you’re a “sports car” or motor racing enthusiast, there just is no better way to enjoy yourself than a comfortable spot on the hillside enjoying the best that Lime Rock has to offer.

For information on tickets and dates, go to www.limerock.com.