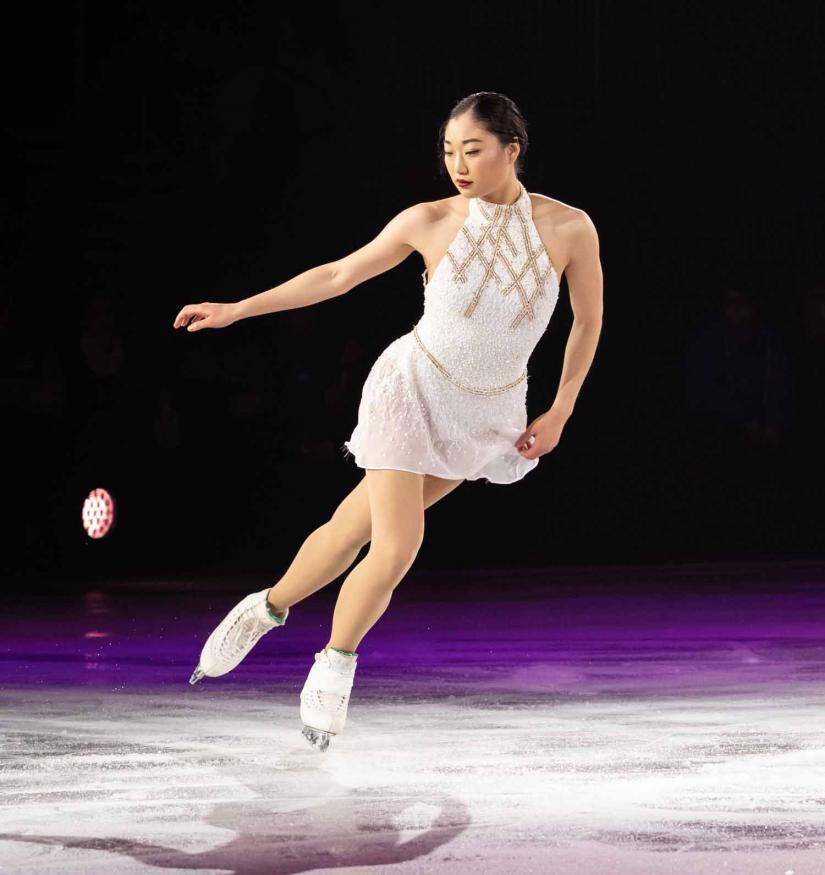 Mirai Nagasu is one of the Olympic figure skaters (and a beloved American champion) who will take part in the 2022 Stars on Ice tour, which comes to Hartford in April. Photo courtesy of Stars on Ice

A Chance to See Olympic Contenders in Stars on Ice

Not all competitive figure skating is interesting to watch. But, as is the case with all high-level athletics, every now and again there are some figure skaters who make you think, “Oh, I get it. That’s what it’s supposed to look like.”The best of these athletes return year after year, so you can watch them grow and develop.

It happens that right now there are several very interesting skaters who have been competing for many years of their young lives, and several of them will come to Hartford, Conn., for the Stars on Ice tour that will follow the 2022 Winter Olympics.

The performances will be on April 23 at the XL Center. Tickets went on sale on Dec. 10. Prices start at $39; there are group discounts. Order them online at www.starsonice.com, www.XLCenter.com.

Included in the roster is Nathan Chen, a 22-year-old from Salt Lake City, Utah, who is bringing the sport back to life — for Americans and for skate fans around the world. He’s been a competitor since a very young  age (and for a while had to endure repeat showings on television of one of his first competitive skates, when he was about 10).  He is a three-time and reigning world champion and a five-time and reigning U.S. champ. Gold has so far eluded him at the Olympics but there is a general expectation that he will win gold in the 2022 Olympics in China.

More than just a champ, he has that ineffable star quality that makes the best skaters so interesting to watch. He’s passionate and beautiful on the ice. As an athlete he is capable of executing the insane multiple turns that to a large degree make modern skating so boring. He manages to make it interesting when he launches into a four-turn spin.

Other skaters taking part in the tour this year include Jason Brown, who first competed in the 2014 Olympics in Sochi, Russia, when he was 20 and had a big smile and a pony tail.  He will also be in the Stars on Ice Tour, as will two of the most interesting partner teams,  Madison Hubbell and  Zachary Donohue and Madison Chock and Evan Bates.

Mirai Nagasu, a personal favorite, showed such grit and grace in her first Olympics in 2010, when she was 16. She just missed earning a medal, and almost stopped competing. She found her love for the sport again, matured beautifully, and will also be in Stars on Ice this year.