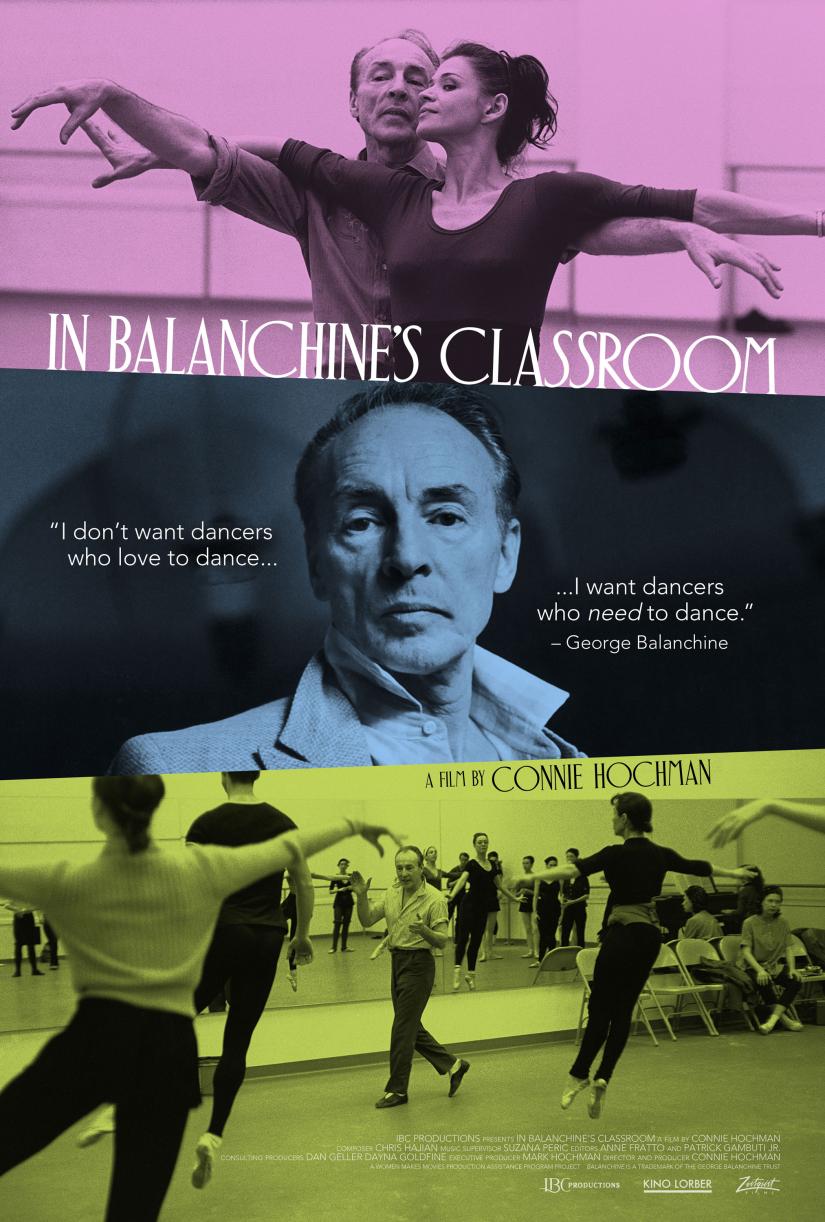 The Moviehouse in Millerton, N.Y., combines a screening of “In Balanchine’s Classroom” with a panel discussion with former Balanchine dancers, and then a Bolshoi Ballet performance of “Jewels,” on Jan. 16 and 23. Photo of poster

Balanchine and his Influence On Ballet in the 20th-Century

After this week's edition of Compass arts and entertainment was printed, The Moviehouse announced it is postponing the screening and related events until April. Please check The Moviehouse website for updated information.

Anyone interested in classical ballet will know the name of choreographer George Balanchine; even those of us who are only familiar at a glance with the history of dance at least know who he is and understand that he was one of the towering figures.

Perhaps as important as his artistic vision and his choreography is the impact he had on ballet through his teaching.

The Moviehouse in Millerton, N.Y., offers a chance this weekend and next weekend to get a more intimate understanding of who Balanchine was as a person, teacher and choreographer; and to see a performance by the Bolshoi Ballet of Balanchine’s “Jewels.”

On Sunday, Jan. 16, at 1 p.m., there will be a screening of a film called “In Balanchine’s Classroom,” directed by ballerina Connie Hochman. The film includes interviews with 90 former Balanchine dancers, who share their memories of what they learned, how they learned it and how working with the master changed their lives and careers.

Some of the names included in the film will be familiar to anyone even remotely interested in dance in the mid to late 20th century: Jacques D’Amboise, Merill Ashley, Gloria Govrin, Suki Schorer, Edward Villella and Heather Watts.

Adding to that, there will be a panel discussion after the film led by Miriam Mahdaviani, who danced for the New York City Ballet under the direction of Balanchine, Jerome Robbins and Peter Martins. She will be joined by John Meehan, who was a principal dancer and is professor of dance and director of Vassar Repertory Dance Theatre as well as Frances Daly Fergusson Chair in the Humanities at Vassar College; Peter Naumann who is also a former New York City Ballet principal, choreographer and is current Ballet Master at New Palz Ballet Theater; and Lisa Chalmers-Naumann, who was a Balanchine protegée, a former New York City Ballet principal and is now Ballet Mistress at New Palz Ballet Theater.

All this leads up to the performance, “captured live,” of “Jewels,” choreographed by Balanchine and featuring the music of Fauré, Stravinsky and Tchaikovsky. That performance on Sunday, Jan. 23, begins at 12:55 p.m.

For more information and to order tickets, go to www.themoviehouse.net.