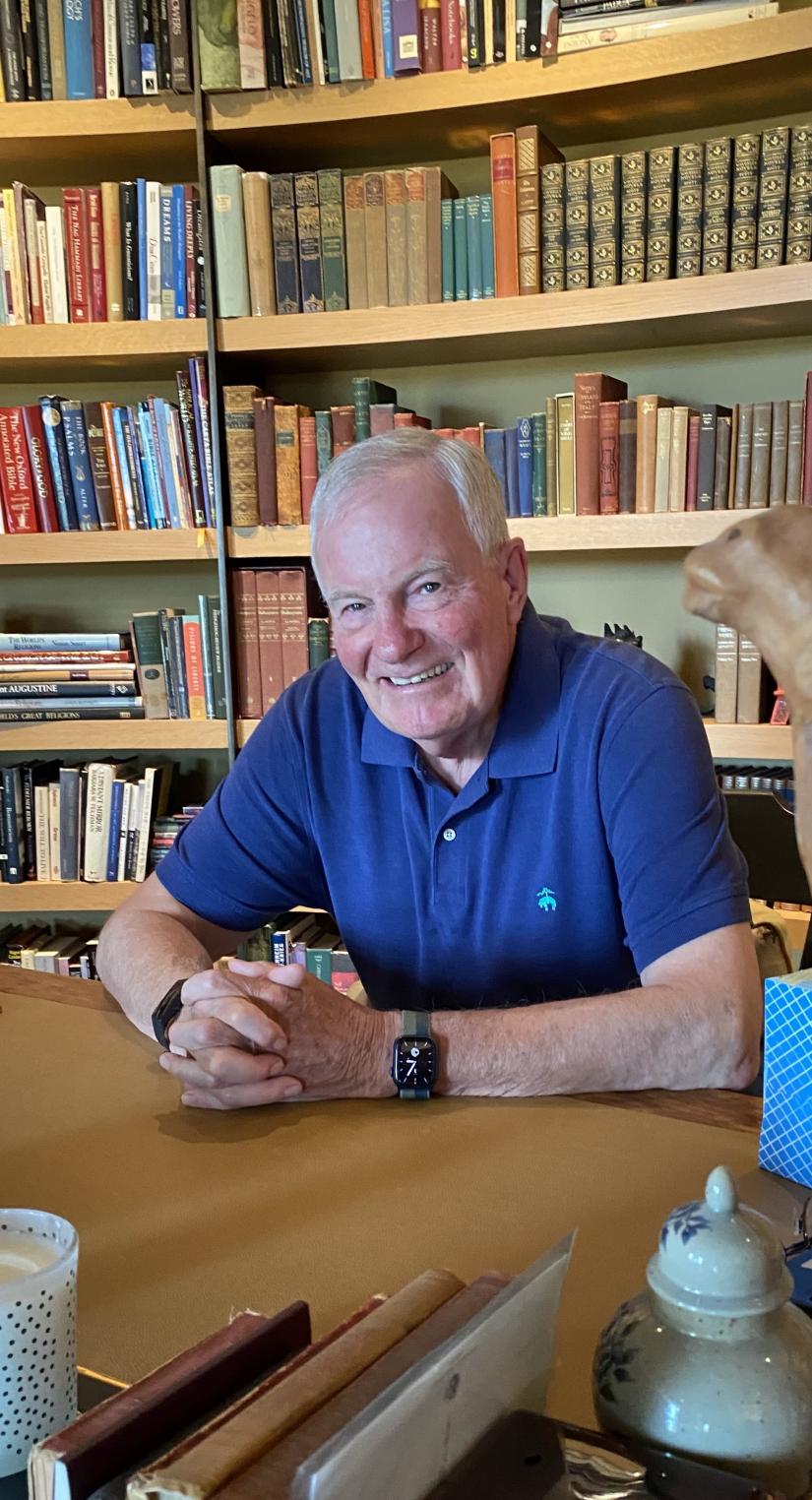 Bruce McEver, a part-time resident of Salisbury, Conn., has written a memoir that touches on life, love, the arts and high finance. Photo by Cynthia Hochswender

Nearly everyone I know is actively planning to write their memoir and hardly anyone I know has succeeded in doing so.

Bruce McEver is one of the few exceptions. A part-time resident of Salisbury, Conn., McEver is both a finance professional and a poet.

In the Tristate Region, he is known to many fans of music and light opera as the husband of the late and beloved Georgia McEver, who started the Light Opera Company of Salisbury, which became known by its initials: LOCOS, which sort of captured the mad fun of the group’s annual Gilbert and Sullivan productions, featuring G&S professionals from New York City plus a cast of enthusiastic locals.

Georgia McEver died in 2000, suddenly and unexpectedly, following a stroke. In an interesting choice from a book structure point of view, Bruce begins the story of his life with the death of his beloved spouse:

“When I began writing this narrative, I knew there was no other way to begin other than to describe the great chasm that opened before me that day,” he says in the first chapter.

He describes the hours leading up to the stroke, and those that followed; Salisbury residents will recognize many of the names and places he describes, including the McEvers’ doctor, Bruce Janelli; and their pastor, the Rev. Richard Taber, who continued to be a close friend and spiritual advisor to Bruce after Georgia's death.

McEver is both poetic and harshly honest in his descriptions of that time in his life. While much of the book is about his love verging on adoration for Georgia, he also recalls that, as he sat in the hospital beside her, he realized that, “Georgia had been God’s gift to me, and I felt like I hadn’t loved her enough or spent enough time with her.”

The remainder of the book talks about the shifts in his life, in the ways that he views and builds his business, in the way he experiences romance and marriage after Georgia’s death. He starts to study and to write poetry, a big step in  a new direction for a man who describes himself as having grown up dirt poor in Georgia.

Writing poetry has made him a writer of prose that is lyrical as well as clear and economical. He doesn’t waste time or words.

When asked who he thinks would enjoy this book, McEver blinks and says, “Well, everyone.”

What he means is that there are many and varied topics that he covers in depth: How to start and run a successful Wall Street firm; how to keep your soul and integrity intact while doing so; how to find love, how to lose it and how to love again; and how to learn to love art and the arts, while devoting your life to numbers and negotiation.

And of course, anyone who has lost a loved one too soon will be moved by his description of the process of mourning. The book begins with a description of a day shortly before his wife died when he was in Manhattan, jogging up the front steps of the Museum of Natural History on Central Park West.

“There, I found a pigeon who seemed to be mourning over another bundle of  gray-blue feathers lying in an empty corner. It was flapping its wings and cooing, trying to gather up its partner, bring it back to consciousness.”

Bruce McEver’s memoir is called “Many Paths.” The cover features work by the artist Enrique Martinez Celaya. It is available for $22 at Oblong Books & Music in Millerton, N.Y., and through online book sellers.