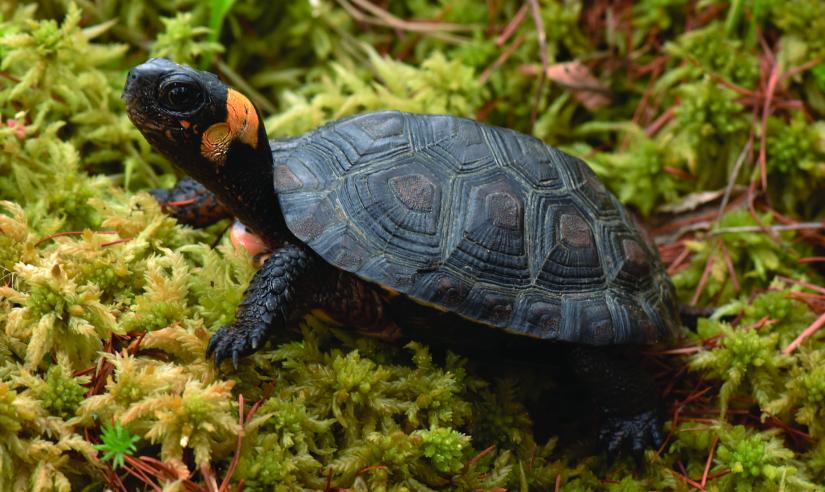 Photo from Conservation of Reptiles and Amphibians in Connecticut

Newts, Salamanders and the Dangers of Human Over-Development

Anyone who is either a careful reader of The Lakeville Journal or an attentive student of life in the Northwest Corner of Connecticut has probably heard the name Michael Klemens before — perhaps as an expert on the elusive bog turtle, perhaps as the strict-but-fair chairman of the Salisbury, Conn., Planning and Zoning Commission. He has also been a member of Connecticut’s Siting Council, which has final say on the location of monoliths such as cell towers and wind turbines. Before coming to Connecticut, he was the director of program development for the Wildlife Conservation Society, which operates New York’s Bronx Zoo.

There is much that we know about Michael Klemens but much more that most of us have yet to learn — including the depth of his knowledge of herpetology.

Klemens is a polymath who knows a great deal about a lot of things, but probably the topic he knows most about is the study of reptiles and amphibians.

There have been times in the past decade or so when Klemens has been called to offer an expert opinion on the  possible presence of bog turtles (you can see one in the photo above) in an area where someone wants to build something. Opponents of a building project will often cite the presence of the federally protected and adorable reptiles as a reason why building can’t continue. The bog turtle is as powerful a deterrent to construction in this part of the world as archaeological remains might be in another region.

But Klemens knows about much more than just the furtive lives led by the tiny turtles. He has written books, studies and management plans on these and other creatures for the U.S. Fish and Wildlife Service and other agencies — including, now, the Connecticut Department of Energy and Environmental Protection, which has just released a 305-page study of the “Conservation of Reptiles and Amphibians in Connecticut.”

While the topic might sound specialized, and it is, the main message of the book is one that impacts us all. In his decades of study, Klemens discovered that, more than anyone had realized before, human activity and building has a startling impact on the health of all creatures small (turtles, snakes, frogs) and great (humans). What’s bad for the animals that creep through our vernal pools and fens is bad for the “greater” animals that build houses and roads that destroy breeding grounds, migration patterns and habitats.

While acting as a catalogue of every species in the state (salamanders, newts, skinks and snakes, turtles, frogs and more), the book also points out the dangers to their habitats and suggests ways in which humans can not only reduce their negative impacts but perhaps even be helpful to the creatures that  contribute so much to the beauty of this part of the world.

“Since human activities so profoundly affect the natural world, why can’t the human intelligence and technology which drive destructive trends in land use, be better applied or retooled through education and information to create human landscapes that are more in harmony with the natural world?” he asks in his introduction to the book, which was published in late 2021.

“In my work, I often describe the problems that have occurred because I believe that to change how society deals with its responsibilities to the natural world it must first come to understand the problems that past land-use patterns and practices have created. Only from the confidence that is engendered by that understanding can the impetus to create better models of sustainability and stewardship find solid footing.”

The book can be ordered online from the Department of Energy and Environmental Protection bookstore, https://www.ctdeepstore.com/Conservation-of-Amphibians-and-Reptiles-in-C.... The cost is $54.95 and money from sales of the book help protect amphibians and reptiles. The lessons presented in the book are also relevant, of course, to areas outside Connecticut.