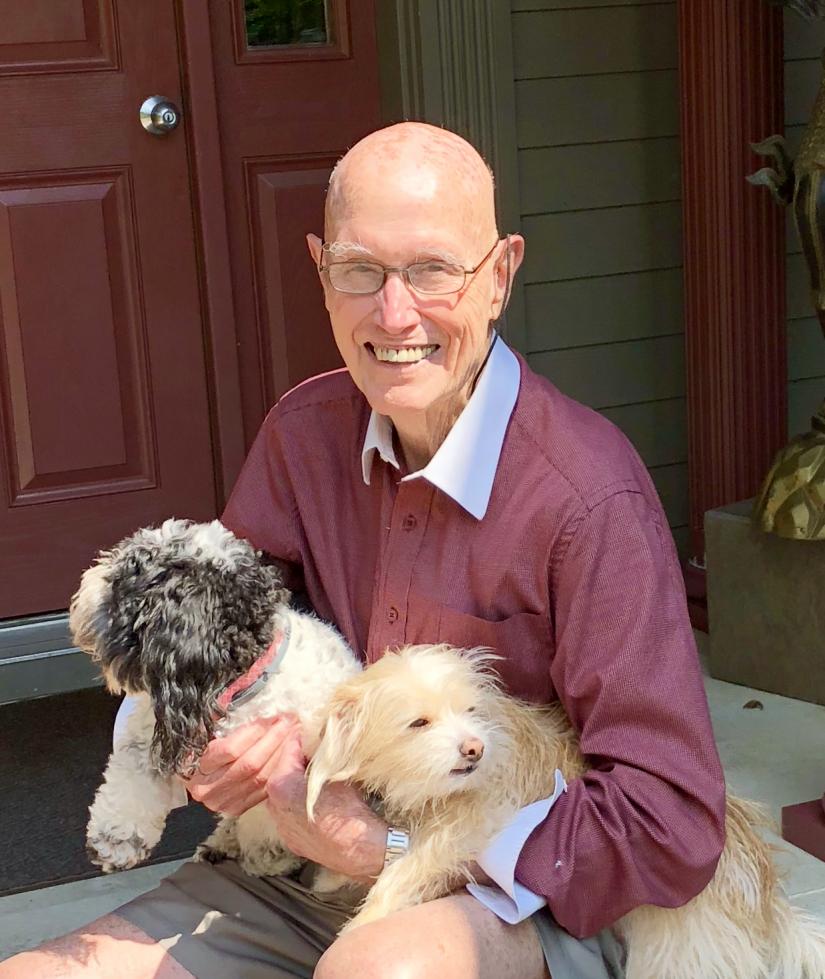 Jim Flaherty, the man who rescued Troutbeck from decades of neglect in the mid 1970s, has now written a memoir that finds the fun in growing older. Photo by Esther Lopez

Finding the Joy In Aging, With Jim Flaherty

Hospitable to the core, author Jim Flaherty has invited old friends and new to share in his life-affirming aging philosophy and along the way to laugh, to nod in recognition and amusement, to think, and to follow his wise advice.

The advice packs a wallop, cajoling readers into rekindling latent energy and applying it to whatever large or small passion awaits.

This little book has a long title: “Dear Old Friends: A loving reminder the band won’t stop playing till you stop dancing.”

It was actually written as a memoir 44 years ago, set aside in early middle age and forgotten. Flaherty (who is now 86) recently came across the manuscript  and realized that its words speak to his older self — and should be shared with others who had matured along with him.

The result is a readable stroll through decades of valued friendships, first with personalities who were decades older than he, and later with progressively younger friends who listen well to his 86 years of positive warmth and wisdom.

The book will no doubt sell well, if for no other reason than that Flaherty has had so many friends and acquaintances in the region through the years. Many of those bonds were formed during the decades during which he and his late partner, Bob Skibsted, transformed the historic Troutbeck estate in Amenia, N.Y., into a  resort hotel complex known for fine dining and comfortable traditionally furnished rooms. The downstairs rooms include multiple fireplaces, a cozy library, stone walls, indoor and outdoor swimming pools and acres of trails, many of them winding through exquisitely landscaped grounds. Troutbeck was sold in 2016 to Alexandra, Anthony, and Charlie Champalimaud — leaving Flaherty at last with some time to polish up the chapters and share his book with the world.

Flaherty peppers the manuscript with aphorisms — serious and humorous gems that he has collected over the years. It all adds up to a satisfying jaunt through many golden years.

This book teaches readers that growing old can be instructive and even rather funny. Made so attractive, growing older may be something readers will want to try for themselves, maybe discovering something new along the way. Why not?

This deeply and literally friendly book is available on Amazon and Kindle.

Jim Flaherty will talk about his book, “Dear Old Friends: A loving reminder the band won’t stop playing till you stop dancing,” in a Zoom presentation hosted by Noble Horizons on Saturday, Jan. 29, at 11 a.m. More information and a Zoom link are available at www.noblehorizons.org.