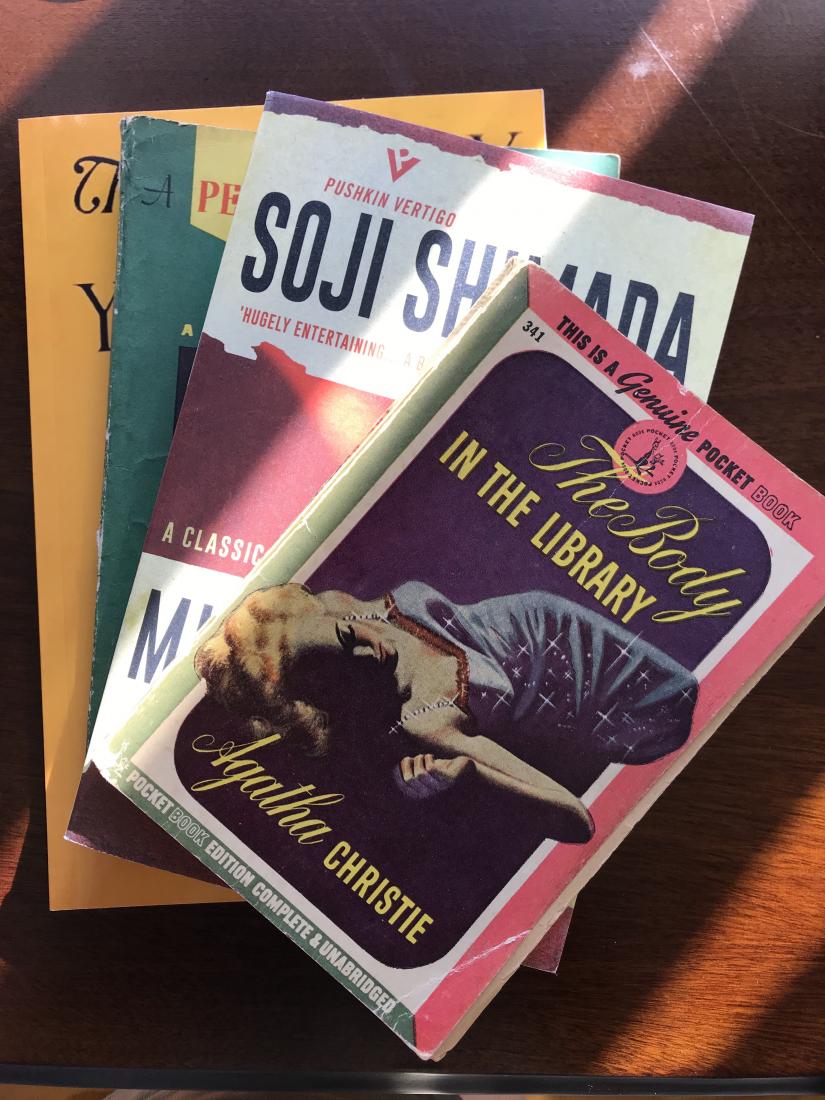 Locked room mysteries are perhaps the most perfect type of tale to read during a quarantine. Photo by Cynthia Hochswender

For Connoisseurs Of the Mystery Genre: The Locked Room Tale

For the avid detective fiction fan, there is no puzzle more alluring than a locked room mystery. In its simplest form, it is a crime (usually a murder) that has been committed in a room sealed from the inside with no way out (and in theory, no way in).

How did the perpetrator enter and escape? Solving the mystery now becomes not only a whodunnit but a howdunnit.

“Locked room” is a term that is often used not just for crimes committed in a literal locked room but also for any crime done under seemingly impossible circumstances,  where it appears the criminal had no way of leaving the scene (or entering it).

For example: A dead body is found outside in the snow. There is no weapon near the body and no footsteps can be seen anywhere around it.

This could be considered a “locked room” murder, even though it does not take place in a room at all, because there appears to be no way for the crime to have been committed without the criminal vanishing into thin air afterward.

Like the armchair sleuth, the murder (or theft)-at-a-manor-party, or the inheritance-hungry family, the locked room mystery is one of the many tropes that furnishes detective fiction. They have a long and resplendent history within the genre — with “The Murders in the Rue Morgue” by Edgar Allan Poe often credited as the first murder mystery novel, as well as a locked room tale.

It’s a plot device that has been used by writers around the world, by Japanese crime writers  (“The Tattoo Murder Case” by Akimitsu Takagi and “Murder in the Crooked House” by Soji Shimada), Scandinavian writers (“The Locked Room” by Maj Sjöwall) as well as by Agatha Christie in England (“The Murder of Roger Ackroyd” ) and Ellery Queen in America (look for “The King Is Dead”), with the acknowledged master of the sub-genre being John Dickson Carr, who is famous for his tricky “howdunnits” (look for “The Hollow Man” if you’d like to try one).

Mystery fans love them because it’s always more satisfying to solve a puzzle that looks impossible — but isn’t.

An important aspect of the locked room mystery is that it has to be solvable with a rational solution. Mystery fans will give thumbs down to any tale that ends with the perpetrator having the ability to walk through walls using magic or something like that.

The most ingenious mystery authors have found lots of different ways that these seemingly impossible crimes could be achieved — mechanical traps, hidden entrances, delayed deaths, suicides made to look like murders.

And the greatest of them will provide you with all the clues you need — and then still deliver an ending you never saw coming.

Many of the greatest locked room mysteries were written in the Golden Age of Crime Fiction, which roughly includes the 1920s and 1930s. Picking up a vintage paperback mystery can provide not only the fun of solving a crime in the safety of one’s home; it can also transport you to another era.

Another way to enjoy good old-fashioned crime fiction in the safety of your favorite armchair: Radio theater from The Two Of Us Productions  in Copake, N.Y., which presents thrillers by golden age writers in an old-time radio format.  The theater will sometimes dramatize John Dickson Carr tales. So far the schedule for this autumn includes The Shadow in “The Case of The River of Eternal Woe,” and  “My Dear Niece,” both on Sept. 5; “Acting Like A Forger,” a Dragnet police story, is on Oct. 3. Additional tales are expected to be added to the schedule.

For information on the tales, and to find out how to tune in, go to www.thetwoofusproductions.org.