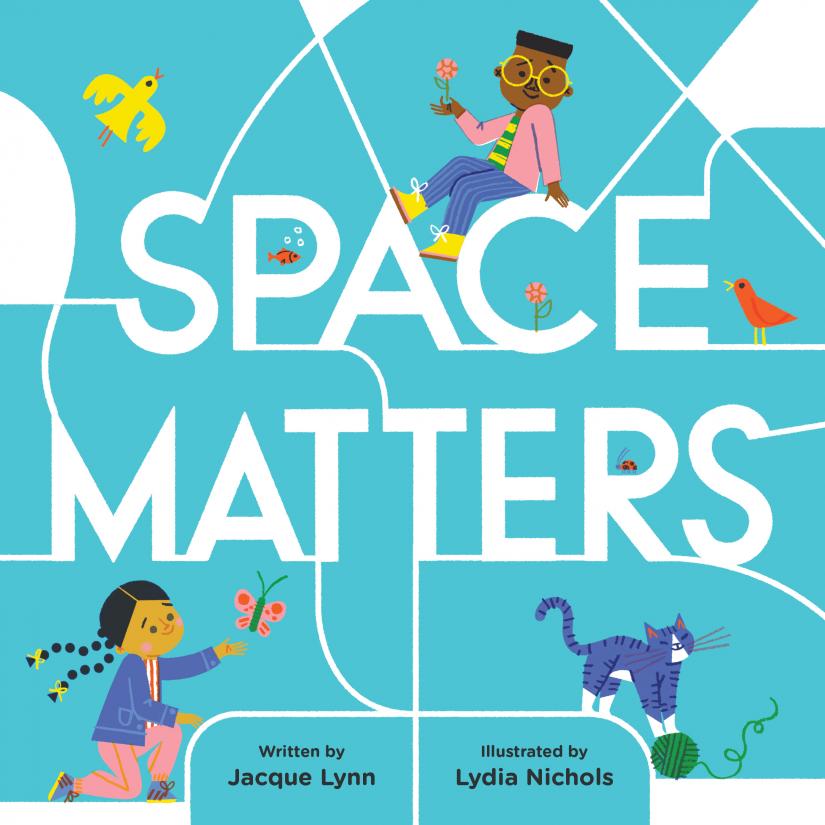 Jacque Lynn of West Cornwall, Conn., has written “Space Matters” to help young children understand that there is more to the world than meets the eye. Book cover courtesy Clarion

Accentuate the Negative — and Learn About Space

Jacque Lynn is neither an architect nor an interior designer, and she also isn’t actually a children’s book author, but none of that stopped her from writing a new book for children about how to think of space. A resident of  West Cornwall, Conn., Lynn (who some will know by her married name, Jacque Schiller) defines what it is to be an artist: She is constantly exploring new ideas from new angles, and sharing those ideas through a variety of different media: photography, jewelry, parties, a book for children.

“Space Matters” is an introduction to the idea of negative space, which will no doubt open the minds of some young readers in the same way that psychedelic drugs might unlock the minds of adults. In my opinion, this is a wonderful thing; it’s never too soon for children to realize that the world is much more interesting than they had at first realized.

Developmental psychologists offer fascinating insights into how the brain develops and how babies and toddlers learn about, for example, object permanence (which they experience when someone plays peek-a-boo with them). For the brain that has only recently learned that if a child crawls to the edge of a table, it might drop a few feet down to the ground, there is no doubt that a book about negative space, no matter how cute and adorable, will be deeply and wonderfully mind altering.

Reviews of “Space Matters” praise it as playful and witty, not just in the text but also in the illustrations by Lydia Nichols. It is widely available from vendors as diverse as Amazon.com and Target to the Wish House gift shop in West Cornwall (www.wishouse.com).