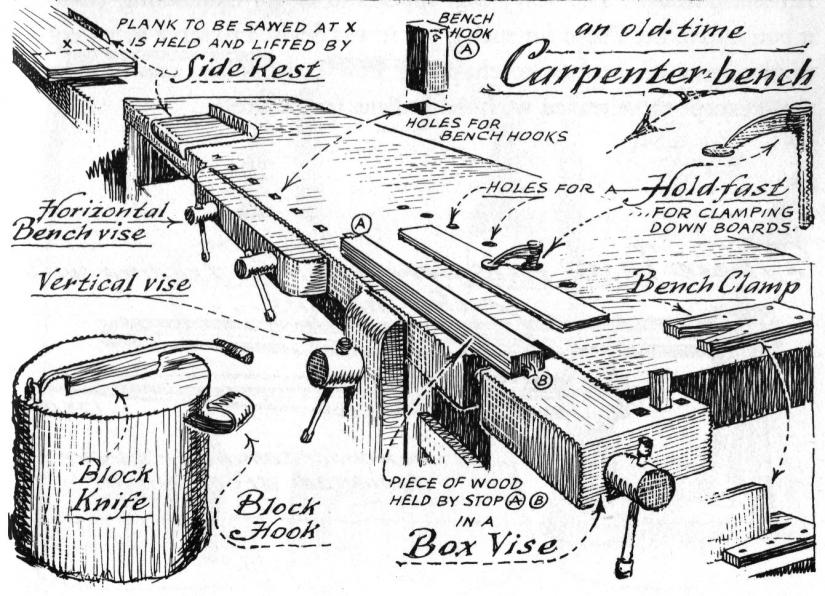 The Eric Sloane Museum in Kent, Conn., now open, includes early American tools like this bench, which Sloane illustrated in his book, “A Museum of Early American Tools.” Illustration by Eric Sloane

Two Illustrators Who Spoke to the American Soul

The Eric Sloane Museum opened to the public again on May 7, on the campus of the Connecticut Antique Machinery Association on Route 7 in Kent, Conn.

In advance of the opening, the small museum — dedicated to the painter and craftsman — hosted a talk about another creator of images that spoke to the eye, mind and soul of America: Norman Rockwell.

The talk was offered to a  Zoom audience on Saturday, April 10.

Leading the presentation titled “Eric Sloane and Norman Rockwell: Art for the Printed Page” was Stephanie Plunkett, a resident of Sharon, Conn., and the deputy director and chief curator of the Norman Rockwell Museum in Stockbridge, Mass.

She also leads the Rockwell Center for American Visual Studies.

Introducing and facilitating the talk was Andrew Rowand, curator of the Eric Sloane Museum in Kent.

Alternating between the two “venerated visual chroniclers” and examples of their works, Plunkett described the selected “images speaking about and to humanity.”

In the mid-20th century, visual communication was through print media: books, magazines, pictures.

The two artists were contemporaries of one another (Rockwell was nine years the elder), but too busy to be buddies. There is only a fragment of evidence found in a handwritten note indicating that their paths had even crossed, Plunkett said, with Rockwell having asked Sloane for the address of a New Jersey artist.

Their doors were open

Both artists were visual communicators who opened their studios to visitors, Plunkett noted, and both produced substantial bodies of work. Sloane created an estimated 15,000 pieces and Rockwell, 4,000 cover story and advertising illustrations.

Sloane was known for his work in pen and ink and also as a foremost expert on early tools and Colonial American architecture, with a vast collection of tools (many of which are on display at the Sloane Museum in Kent) and a sought-after knowledge of wood.

Sloane was a prolific sign painter, adept at freehand lettering and typeface design, a talent he used as a young man to finance a trip across the country to the American West, Plunkett said. He found his way to Taos, N.M., a region he sourced for inspiration in sketches of the Western landscape.

Both artists studied at the Art Students League in New York City, but not at the same time.

Rockwell was a promising student who honed his talent for detail in his art, eventually using photographs for reference in capturing emotional facial detail for his paintings. Noteworthy among them were his Saturday Evening Post covers. Most everyone of a certain age can cite favorites among those.

Meanwhile, the multi-faceted Sloane was achieving additional success as a mapmaker, muralist and cartoonist. He was captivated by clouds against the sky. In fact, his first “clouds” painting was purchased by none other than Amelia Earhart.

He went on to create a giant “clouds” mural, which can be seen at the Smithsonian’s Air and Space Museum.

Although Sloane’s home and studio stood in Warren,Conn., the Eric Sloane Museum is in Kent on Route 7, on the grounds of the Connecticut Antique Machinery Association.

Rowand explained that the Stanley Works company in New Britain, Conn., had partnered with Sloane on the museum, attracted by his vast collections and knowledge of old tools.

Because the company owned property in Kent, they built a building at the present museum location, to house and display the tools. Later they donated the museum and its property to the State of Connecticut for management of the project. Sloane’s studio has been moved from Warren to the museum’s campus.

The talk was recorded and may be viewed on the website of the Eric Sloane Museum,  www.ericsloane.com.

For now, because of COVID-19 precautions, reservations are required to arrange visits to the museum,  which is managed by the State Historic Preservation office.

For more information about the Norman Rockwell Museum, go to www.nrm.org.

It is open for visits now, but reservation times must be arranged in advance and all protocols followed.

The fall festival of the Connecticut Antique Machinery Association is tentatively set for Sept. 24 to 26; go to www.ctamachinery.com.