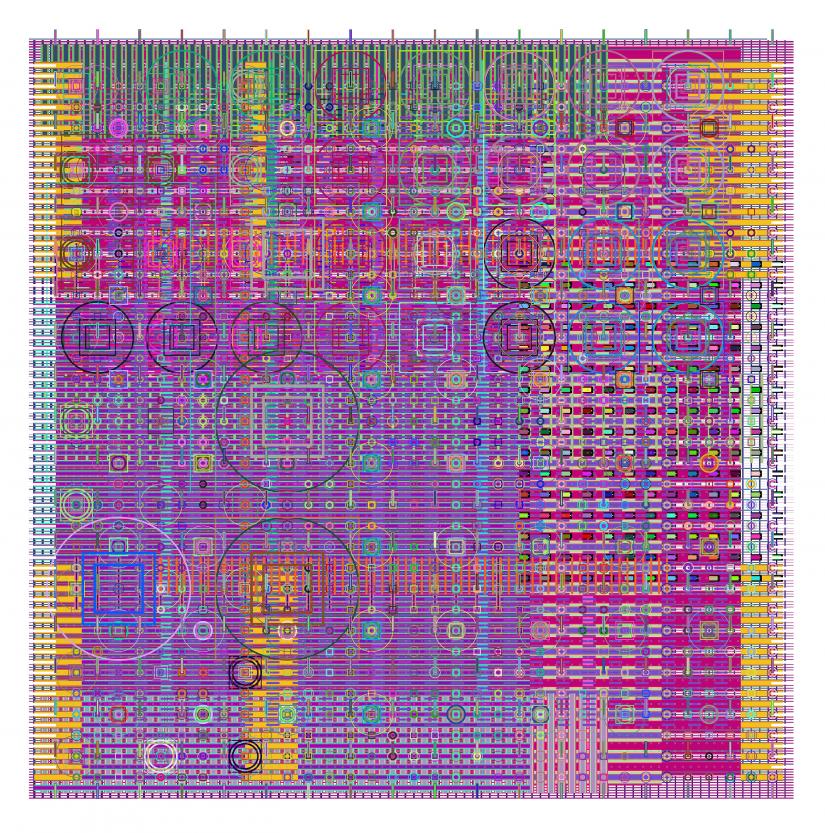 The ink-on-canvas work  “m1174” by Mark Wilson is included in his exhibition at the Cornwall Library, “Mutable.” Photo courtesy Mark Wilson

A Show of Work by a Pioneer of Computer Art

Bill Gates famously was an early user of computer technology. He taught himself to program and went on to become one of the richest men in the world by creating Microsoft.

Mark Wilson took a different direction along the same path. He also taught himself to write computer software at a young age, and became a pioneer of digital art.

Wilson’s work isn’t really of the NFT variety that we hear so much about today.

His work is created by writing software that combines a creation of random patterns (the patterns he uses often look like a computer motherboard of tiny circuits) with his own tastes and judgment as an artist.

A native of Oregon, Wilson has lived and worked for many years in West Cornwall, Conn. There is now a show of his work on display at the Cornwall Library, which opened Jan. 8 and remains up until Feb. 19.

The show is called “Mutable by Mark Wilson.” The library hours, information on the exhibit, and COVID-19 protocols can be found online at https://cornwalllibrary.org/art-exhibits.